"Rontos were large, quadruped mammals that were commonly used as beasts of burden by the Jawas  of Tatooine. They are known for their loyalty and strength, being able to carry hundreds of kilograms of weight. They were large enough to frighten off Tusken Raiders, though they were easily spooked by machines, such as speeder bikes. They were commonly used on Nubia and Benja-Rihn." 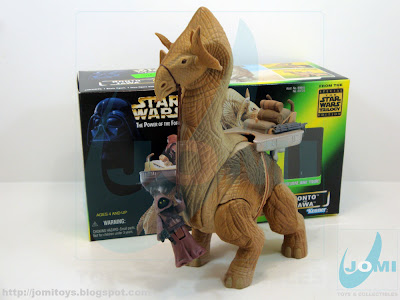 Another "Special Star Wars Trilogy Edition" set, this Ronto & Jawa was another much awaited for toy. 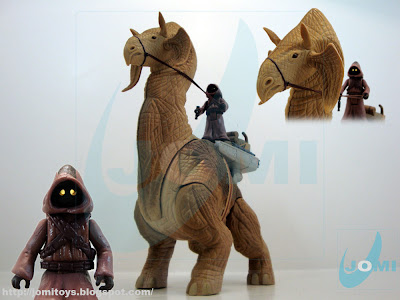 Including an exclusive Jawa figure (with the same light mechanics as the carded versions), this set allows you to portrait the "A New Hope" scene.