Mostly sought as a "Moray Hydrofoil" custom wannabe, it is nevertheless a 5 star item for your Chap Mei/expanded Joe-Cobra Army. 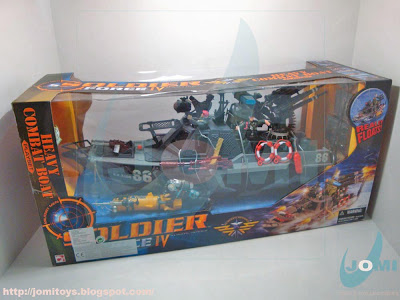 Nowadays repacked as a "True Heroes" Toys R Us exclusive, this was back in its "Series IV" days (as pictured above), the most wanted vehicle from that run. 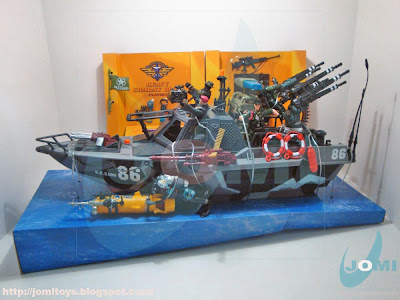 Fresh out of the box, you don´t know exactly where to start. This was also the first Chap Mei series to include these "pseudo-dioramas" inserts. Very cool looking. 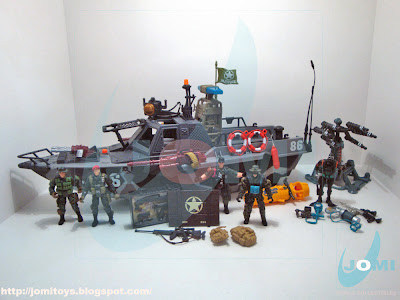 All the included accessories made this playset one of the most action figure-packed of them all. 5 figures included. 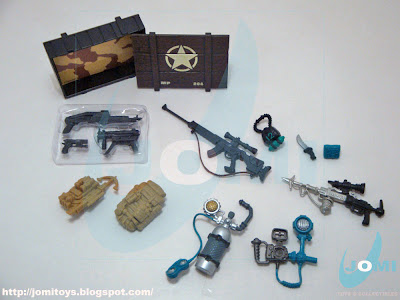 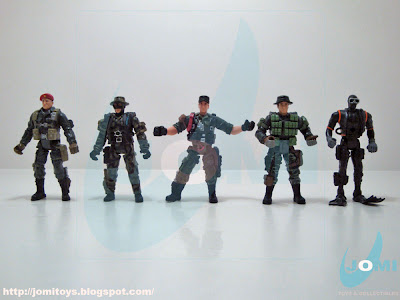 The 5 figures. Debuting then, the new frogman, with movable feet (flippers). 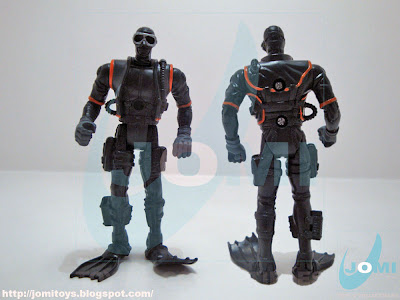 This was a mix between the mold used in the "soldier" and "police" force series (I through III) and a new concept of "embedded" feet+flipper set.

All geared-up diver and places for the breathing device and knife. 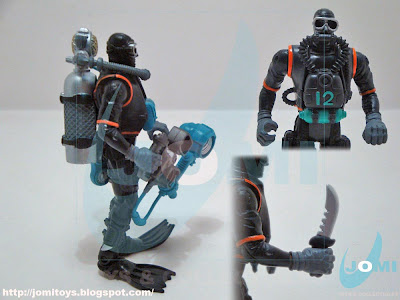 The chest could be equipped with the last picture´s pouch or this stand-alone breathing pack with a 12 on it (from the other frogman included in this playset). This, apparently, was another trial and error move by Chap Mei. This appeared to be the starting point for figures as the ones we saw in Deep Sea Adventure such as "Alex Aqua". 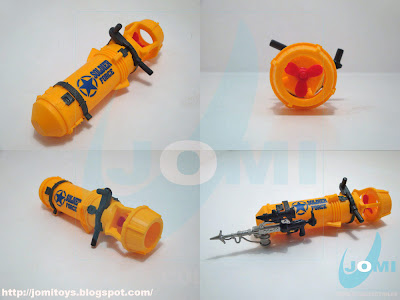 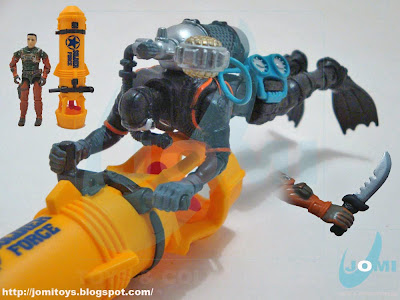 Close detail with diver and scale picture with a G.I.Joe RAH figure (DPV and knife). 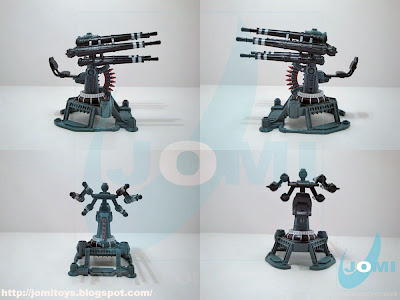 The AA gun mounted on the Fast Boat´s rear. A lot has been asked about this battery. If it could be taken out of the boat was the most widely asked question. 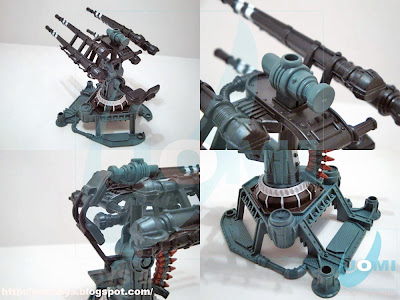 This weapon is nicely designed. With a gun sight/scope, retractable seat and with 360º revolving action. 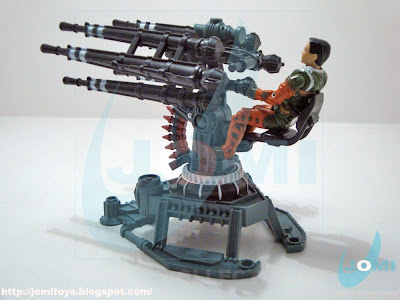 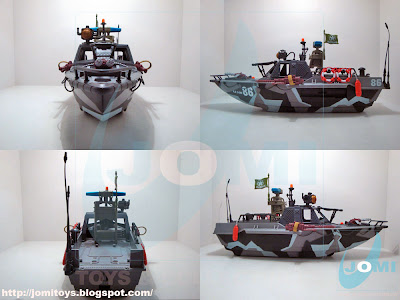 Finally, the "Heavy Combat Boat". Here presented without the weapon emplacement. It doesn´t take long to say: "Moray Hydrofoil". It cannot be a secret where CM went for inspiration. It´s almost tracing, that is. However, truth is this is a very nice variation for those of us who already own a "Cobra Moray". Or more than one. Packing the AA battery. Note: This boat actually floats. And has bogey wheels if a child (small or not really) wants to move it around a flat surface. It rolls fast too. 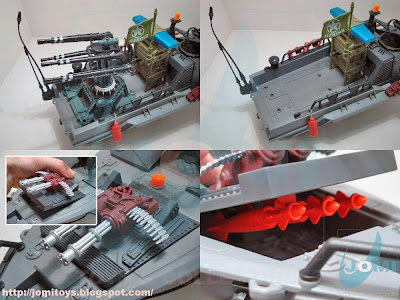 Pictured on top: Rear area with and without gun attached to the floor pins (4). Below, just like the Cobra Hydrofoil, when you press the button, the missile ramp opens. However, the missiles are just for plain sight, they can´t be taken off. Naturally, that is. 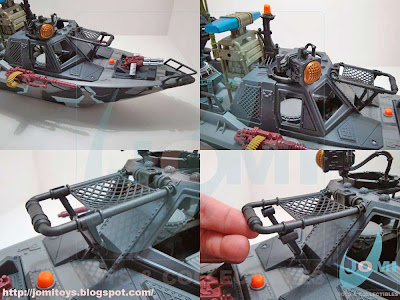 This net detail caught my attention, so I decided to picture it. However, I have no clue what it is/was meant for. Maybe some of you guys figure it out or know it. Let me know. I´m curious. 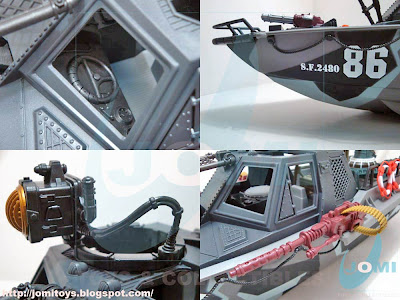 Another "Moray" knock-off detail. The steering wheel. In this case, sculpted on the dashboard. The search light turret is an interesting variation. The electrical cables detail is also interesting. And greatly executed, I may add. 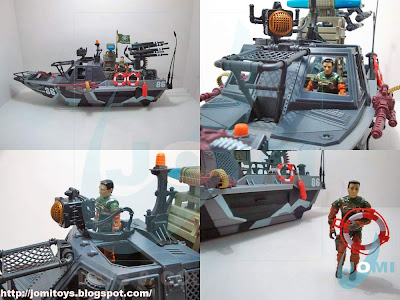 Scale shots with a Real American Hero figure. This is one of the "must-haves" for any G.I.Joe fan. Not only for the "Cobra Moray Hydrofoil" similarity, but for the multiple possibilities this vehicle offers. Not to mention it alone, just like it is, is a great asset for your collector shelves. A true prize. Filled with little details and impressive surprises (like the near-perfect scaled life buoy above), a kick-ass camouflage scheme and strong presence, makes this one of Chap Mei´s greatest achievements. A few years later, re-emerged with "True Heroes" colors.

Status: Available through Amazon.com
Posted by JoMi at 30.6.10