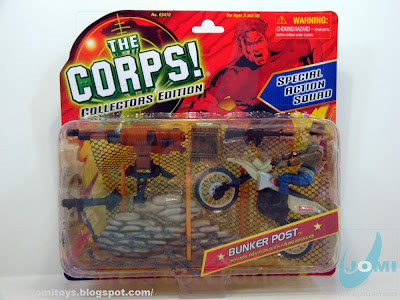 One of 4 squad units, this bunker was one of the first stationary sets by Lanard. 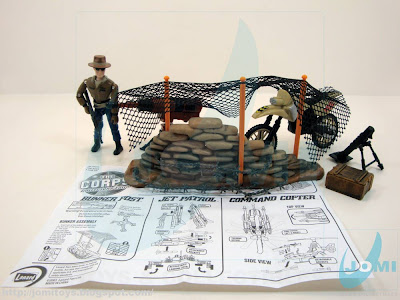 Included items. The weapons vary from old "THE CORPS!" molds to "new" ones. Curisously, most are partial "trace" copies of G.I.Joe weapons, if not complete blueprint tracing 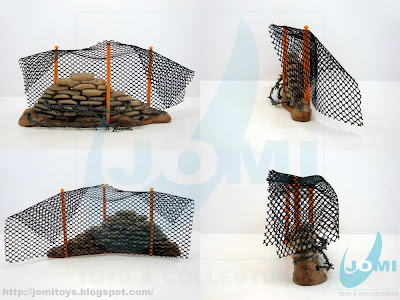 Defensive position, the "Bunker Post". Probably a 4th post to stretch the camouflage net could have been a good idea. 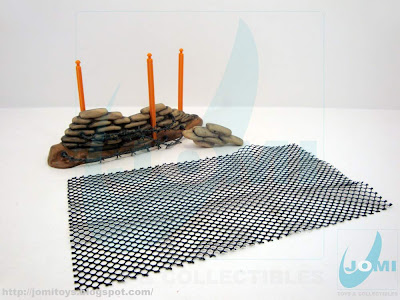 The sandbags look more like rocks. Still, a good touch, the removable bunch. 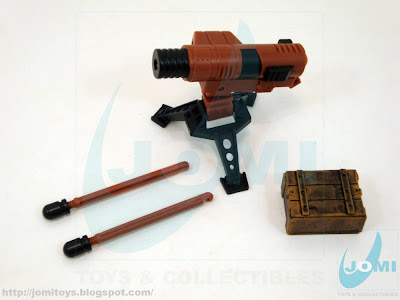 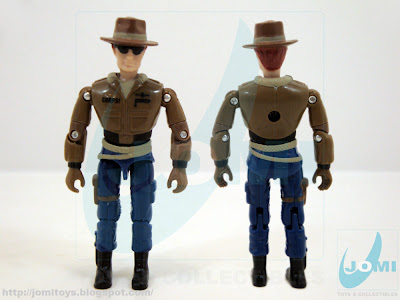 Figure: "Jones". Collector edition version. Same "old technique" of grabbing some figures and small vehicles together and give it a fresh paint and a fresh package. Still works, though. Most (if not all) accessories go along with the rest of the 3 3/4" figure lines, so "THE CORPS!" pretty much keeps their saga alive. 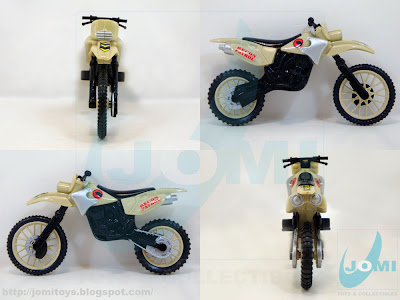 The dirt bike. Similar to an Husqvarna, this bike retired the old road one. Action shots. Not too bad, very G.I.Joe useful, no doubt. Final thoughts: This "Jones", guy´s been around since the late 80s. A winner. The dirt bike has always been far superior than Chap Mei´s. Scale´s the key.