Combo set from the discontinued Toys R Us line, "Elite Operations" which was followed (read replaced) by "True Heroes". You can still find an item or two from this line at Amazon.com, such as the Elite Operations Air Force Freedom Helicopter and Soldier - Toys R Us Exclusive 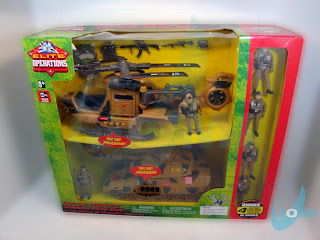 2nd class toys, but still usable in the "Joeverse". 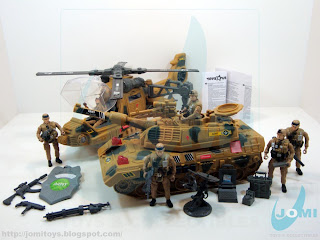 Included items: 1 tank, 1 helicopter, 6 figures (4 were bonus in this pack) and some accessories. 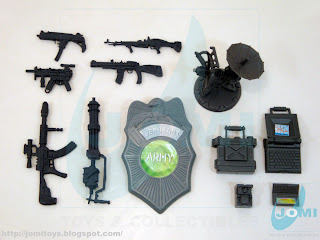 Included accessories. Some recognizable bootlegs of other lines, such as the Uzi, very similar to the one present in the Sonic Action Hummer. As for the rest, they were also seen in some Auchan sets. Not clear is who copied what from whom. Since all those similar accessory-packed sets came to the market at the same time, it may have been a license given to both by the original mold owners. Who knows... 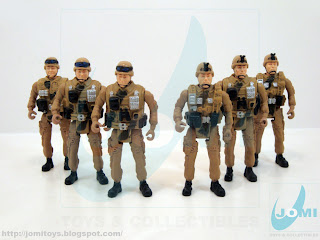 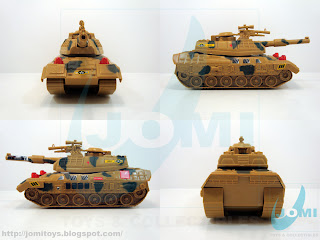 Tank. A small, but not very small armored machine. Not very detailed, but still useful in many ways. 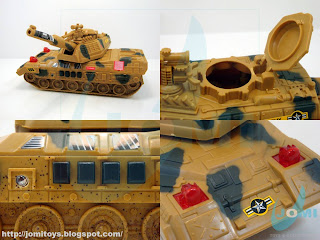 Detail shots. As you can see, it is a "Light & Sound" vehicle. With some effort, a custom work can turn it into a nice combat vehicle. 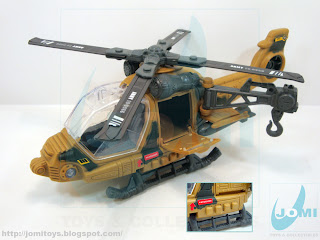 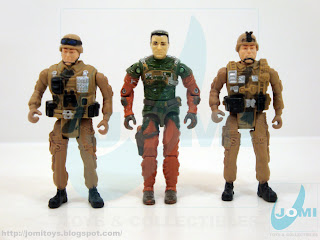 Scale shots to compare included figures with a 3 3/4" action figure. As said before, cannon fodder for your movies, dioramas, or background for action shots. 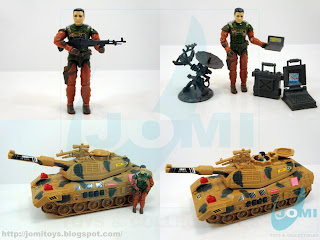 Scale shots with a RAH G.I.Joe figure. Some of the accessories are VERY good to use with your 1:18 scale figures. The figure fits the tank with little effort, and with MORE effort, you can even close the hatch... well... not bad.