Yet another one of our 2008 "French" acquisitions, "Kid Croc" is another (living-dead) pirate action figure from "Pirates 2", 2nd series of "Pirate Expeditions". Amazon.com still carries some items such as Lontic Pirate Ray-Zor Sharkie Attack Playset

. Get them while you can. 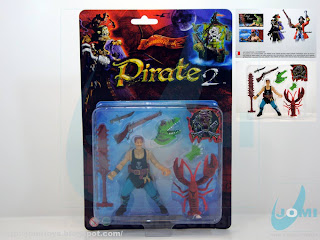 Out of curiosity and as observed before, this set was purchased in France. Usually, the major CM importer there was/is "Carrefour", however this particular set was found in a common toy store and curiously imported to France from Belgium/Swiss "LGRI" company. 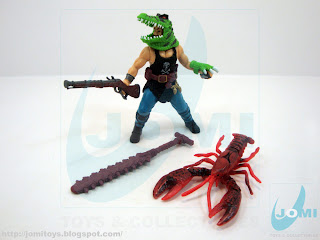 Included items for this playset. 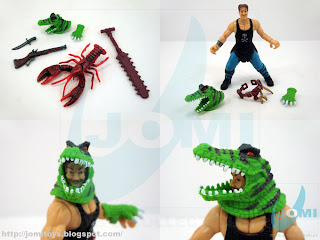 Included (and probably giving name to the action figure) was a crocodile mask and a glove. For you G.I.Joe customizers, fits well with Croc Master 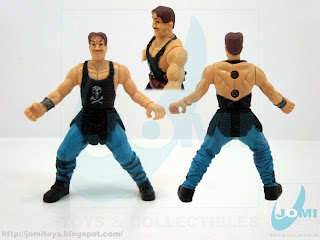 A brand new and original figure for this series, looks like a Zombie "Zorro" unmasked toy with some big stitches on his face as if he had been a fatal victim of a melee attack. And of course, a nice shirt with "Jolly Roger" on. 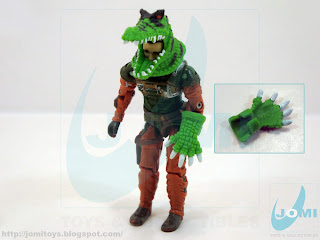