"Originally meant to have a blue color on the hull, this was abandoned when blue-screen filming made the fighters transparent. The original TIE/ ln fighters seen in A New Hope were relatively white in color; the TIEs of The Empire Strikes Back and Return of the Jedi  were more gray with a gradual bluish hue added during post-production". 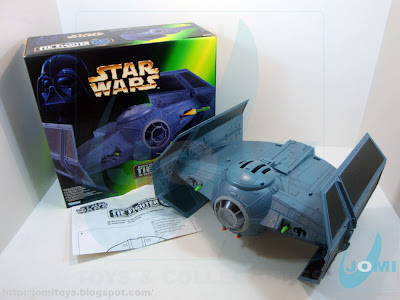 So I guess we´re all lucky to own the original vison. A massive vehicle with spring-loaded cannons firing actual projectiles. 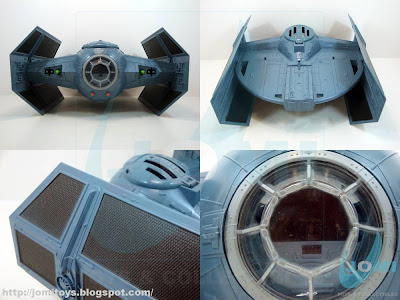 Pissing us all off, the small crack on the cockpit window. Other than than, a mint item.