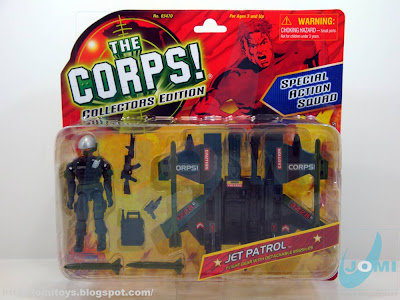 One of 4 squad units, this jet pack was a great addition to "The Corps!" line. 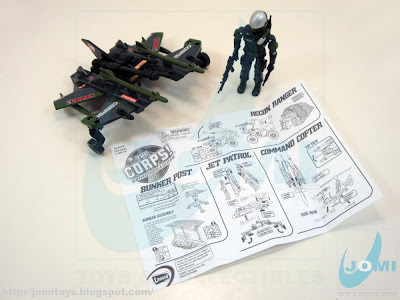 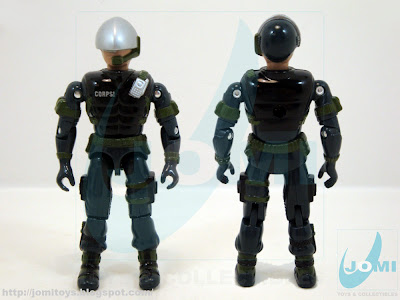 Debuting in 1999, "Full Proof" is a futuristic soldier with smooth lines and a nostalgic look for G.I.Joe fans. And "The Corps!" shoppers. 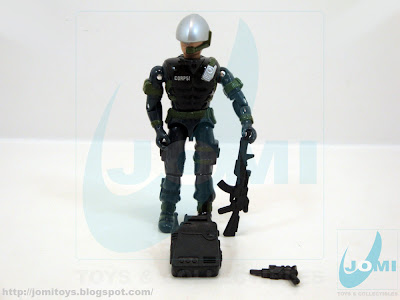 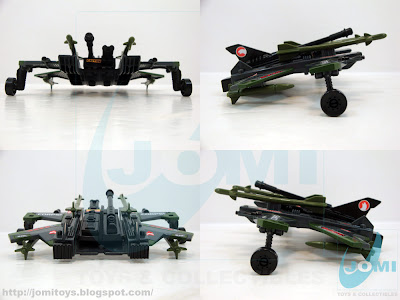 Jet Patrol. A straight lines jet pack with a ton of potential for Cobra forces. 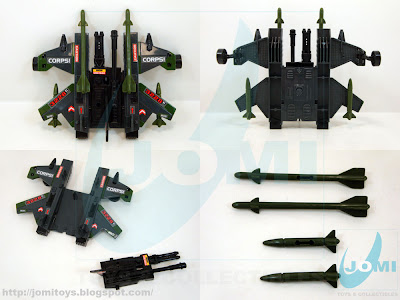 G.I.Joe fans will surely recognize the missile molds. They belong to  the XH-1 Dragonfly Helicopter and Flight Pod Trubble Bubble. 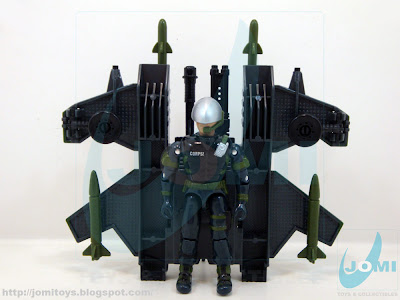 Pretty well scaled, the colors are right on. So if you find one, get it. It´s worth having.