"The 74-Z speeder bike, sometimes referred to as the Imperial speeder bike due to its use by scout stormtroopers of the Galactic Empire, was a speeder bike manufactured by Aratech Repulsor Company used for reconnaissance purposes, as well as rapid transportation in combat zones". 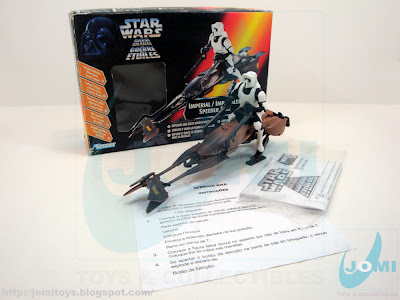 Another classic! A must-have! Directly used 80s mold, this toy is driven by a (then) new Scout Trooper. bendable knees... and unfortunately no pistol. 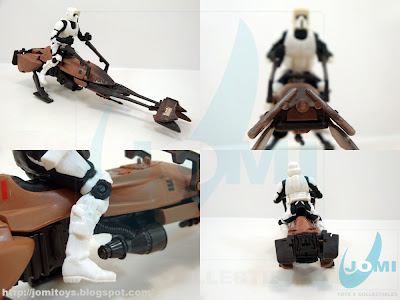 Just like the 80s version, when pressing the button behind the pilot, the Speeder Bike will explode.