which won the Hugo Award for Best Novel in 1960. 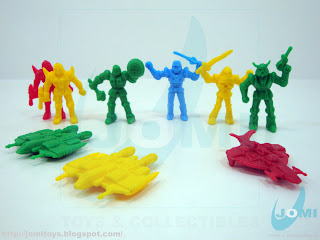 As one can see by the look of the actual figures, these toys are a Japanese adaptation of the novel. These premium toys became rapidly scarce over the years and their high price (when available) reflects just that. 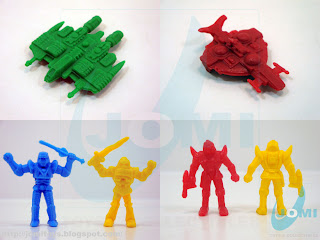 There were a total of 16 figurines a little under the inch mark. Around 3/4 of an inch. 2cm. Like many other cases, these molds were not purchased but rented by the copyright holders and therefore, the same figures could be found in different parts of the world in completely different context. i.e. cereal, powder juice, etc. 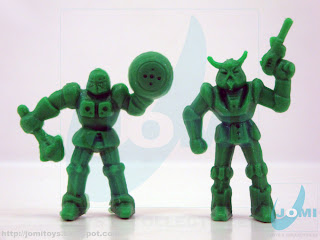 These figurines came punched inside Panrico´s chocolate covered rectangular cakes throughout the 2nd half of the 1980s. Panrico is a Portuguese food company founded in the early 60s. For toy and figurine purposes, the 1980s were way more interesting when they promoted their product with He-Man and the Masters of the Universe

and a few others like these Starship Troopers premium figures. This particular collection, the actual last one before the implementation of food sanitation rules which obligated the company to move towards plastic wrapped stickers as offers.