One of the most awaited for play sets, the "Mega T set". Better yet, a set also including the new open cockpit airplane, the "Yellow Jacket". A very cool toy combination. 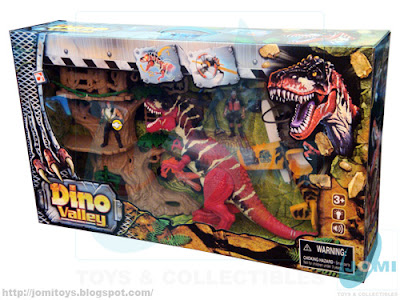 Side by side with this big size T-Rex, is the big box. Even bigger than Dino Valley 2 Giant Brachiosaurus 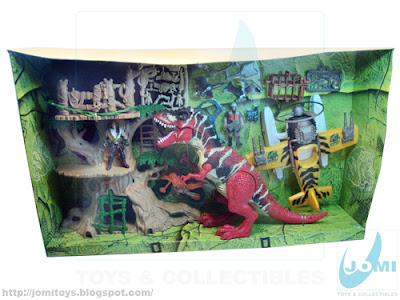 Fresh out of the box, a lot of cool stuff to check, a lot of dio-possibilities. 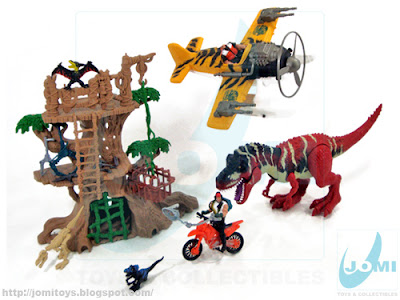 Set view. 2 figures, 2 vehicles, a tree playset and 3 creatures. One of them, a kingsize T-Rex. 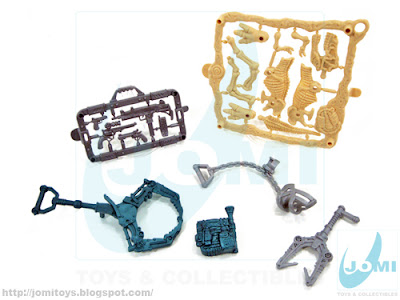 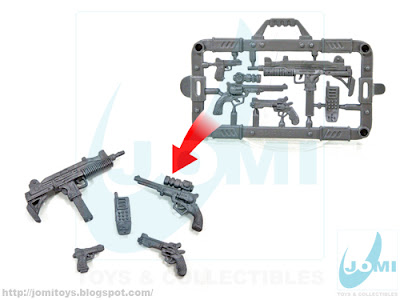 Don´t throw away the tree... case. Figures can´t hold them! 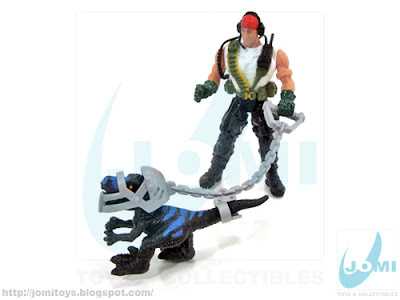 A dino-fitting muzzle. Made of a softer plastic, prevents it from breaking when fitting different heads. Nice touch. 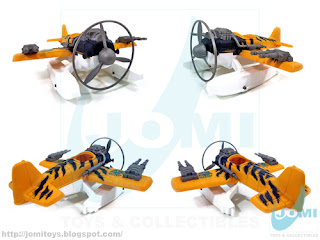 "Yellow Jacket". There aren´t any controls inside the cockpit. At all. Better than having instruments one would have to take off, so... no problem there. 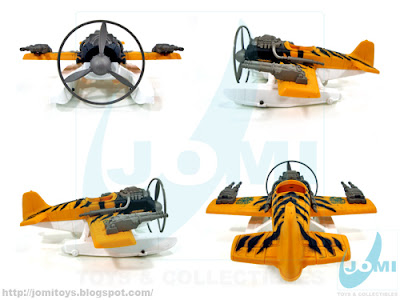 I was particularly curious about this one. And although a bit disappointing considering the lack of detail, it´s also recomforting to know it simplifies any and every customization. 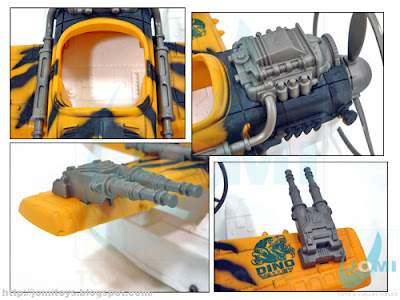 Some good angles and a lot of good places to work in. The basic concept is already there, but definitely towards play action. Very similar in that matter to the river boat in the "Crocodile Danger Playset". 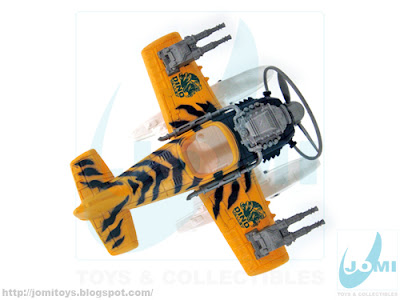 Some nice details, the propeller and its wind-up action is a decent novelty. The engine´s manifold is a bit unrealistic, but easily fixed. The modern/vintage aircraft mix is good enough. 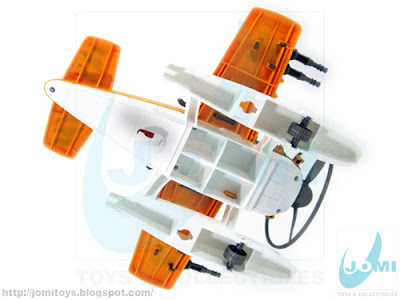 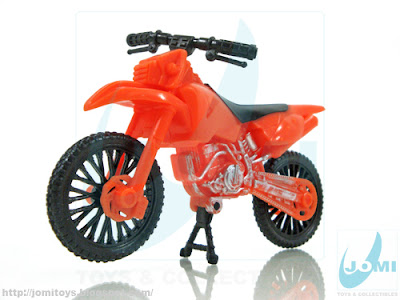 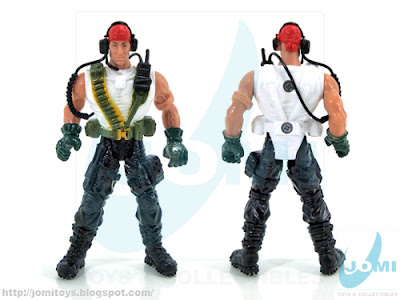 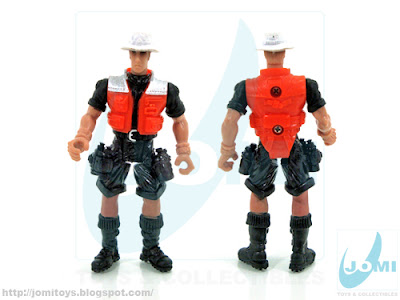 "Trekker Bill", this time having different leg-patch accessories instead of the knife/gun holster. The paint detail is very poor, one of the less inspired ever. 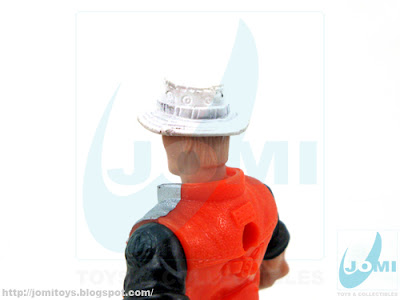 The hair on this figure has no color at all, looking like "The Jackal" in the 1997 Universal pictures movie. 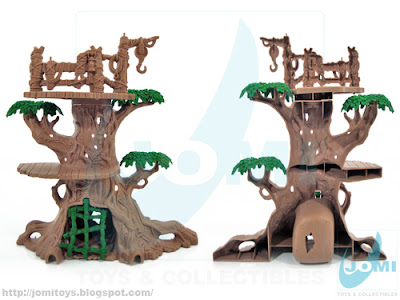 The tree playset. Somewhat similar to the one included in "Crocodile Danger Playset" without the swing action. Great for a diorama (especially if you have the 2). Just make sure you use face-front, because the back isn´t detailed at all. Also has a "Return Of The Jedi" look ladder (actually the whole thing smells Ewok). Not a bad thing at all. Better if you´re into Star Wars dioramas. 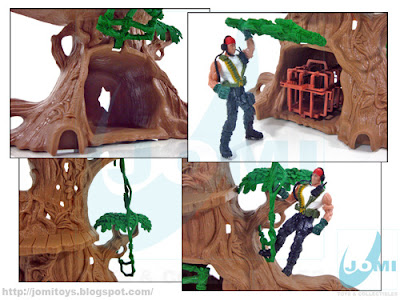 The bottom with the cage reminds me of a Smurf home... and  do remember using those as G.I.Joe hideouts! 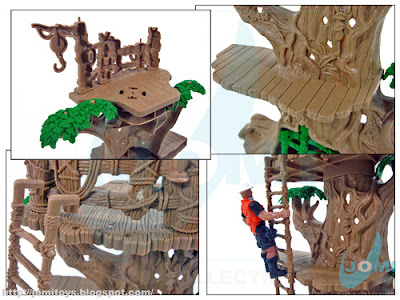 3 levels of play, the top also rotates and it´s pretty much that. 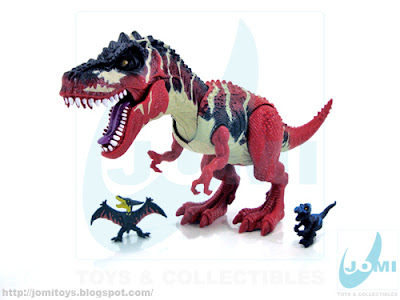 The creatures. "Gigantic" Mega T, baby Velociraptor and what seems to be a baby Pteranodon. 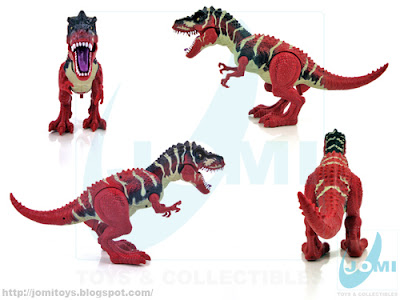 Obviously focusing on this great new asset, the Mega T is filled with nice details. The look is pretty menacing, and its size a lot more realistic considering the 1:18 scale. 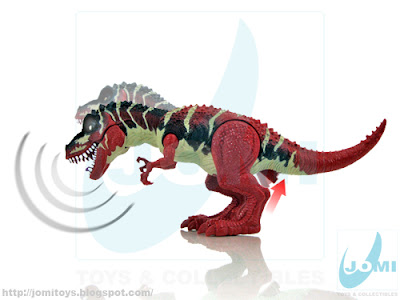 Also equipped with Light and Sound action, has a trigger between the legs. When pulled, the neck goes down, jaws close and emits a Godzilla-like sound. 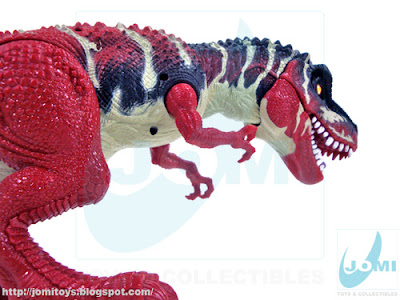 The paint scheme is by far superior to the one included in the "Stone Age Dinos Cave Of Doom Playset". 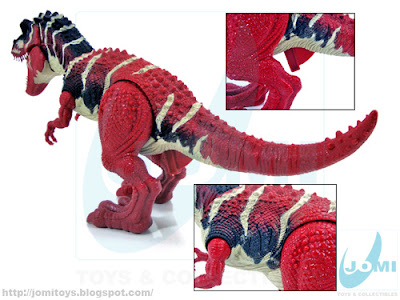 Some more details. The tail also detaches for easy packing (I guess) and the skin detail is rough and "Dinosaur" looking. 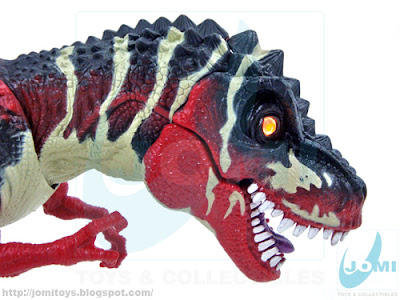 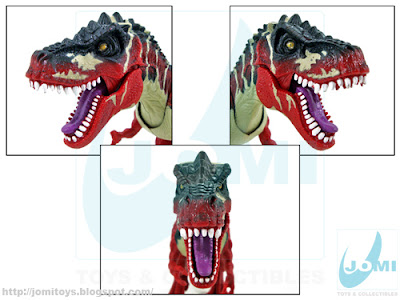 The ultimate brand for Dino Valley 3! 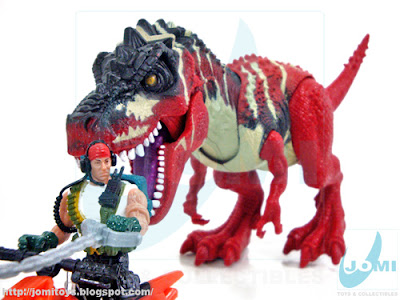 Objects in mirror are closer than they appear! 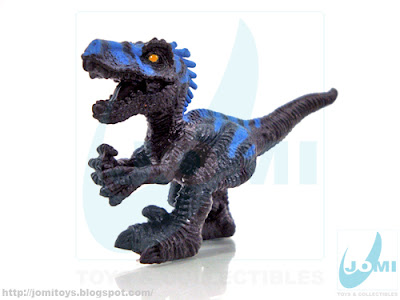 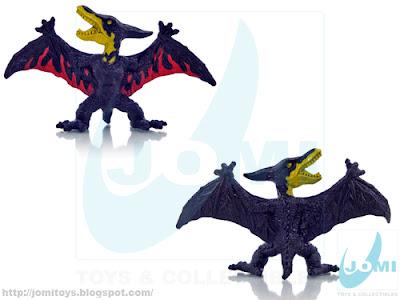 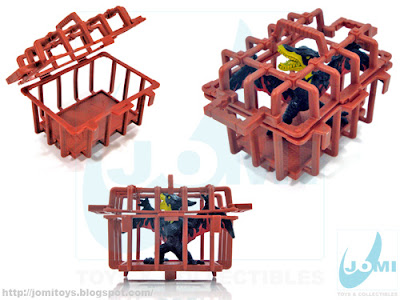 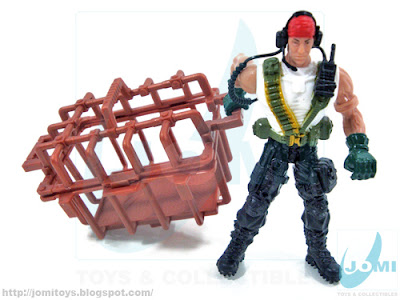 ... and can be manually transported! A big set, a great set, one of the very best! A must have!!!

Status: Look for available figures and accessories at CM Surplus Fan Markt
Posted by JoMi at 13.7.12