Still in the same spirit as the "The Corps! Assault Vehicle - Tank" post, comes the "Command Jeep" also included in the big deluxe set we´re putting together. 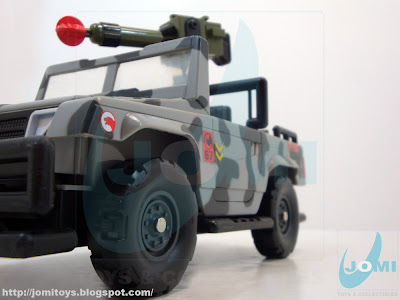 One of (at least) 3 color schemes released. Besides this "urban camo", there was the jungle green+brown and the yellow+gray. This one here presented is my favorite. 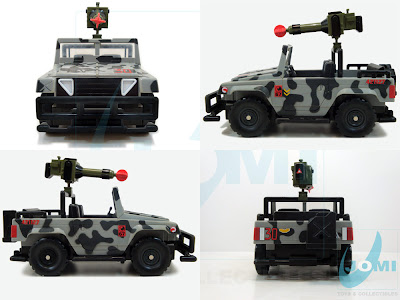 If you get the chance to get a glimpse at the other 2 versions, you´ll quickly understand why I chose this one as an absolute favorite. And another very interesting thing: The stickers are way cooler than most, too. 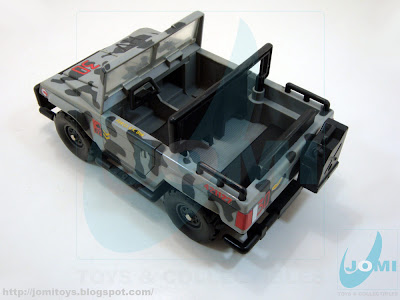 It´s a very balanced vehicle, and the color scheme really helps. You can fit 4 figures in there and even a 5th standing behind the cannon. 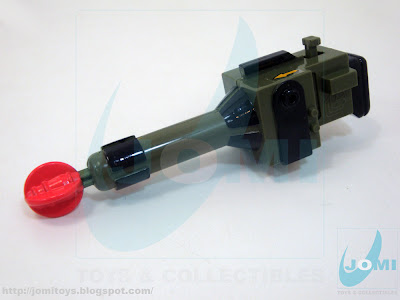 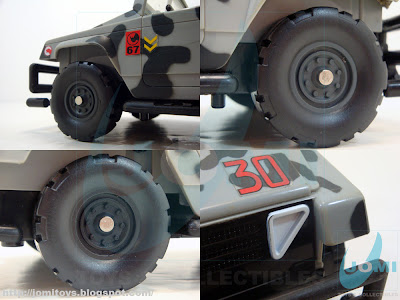 Detail shots. You may not see it right away, but curiously one of the wheels had an all black hub. The other 3 were painted dark gray.