Another single-carded figure, this "specimen" being from the new 2009 Soldier Force line - Storm Heroes - , "Peace Force" edition. European price in dollars: US$5.7 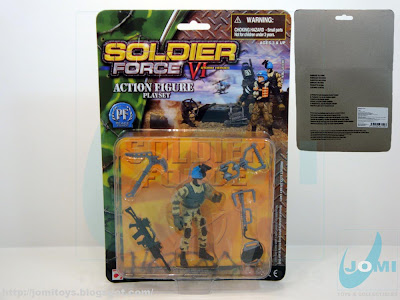 Picking up (yet again) the back card issue, this is 2009 and over 10 years of Chap Mei´s Soldier Force... and still no color on this. Nor details other than brand and distributers/retailers. Too bad. But hope still remains. 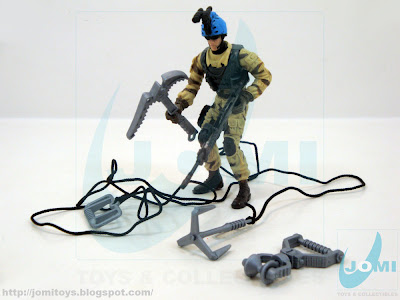 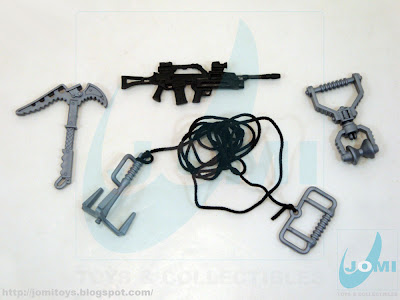 Included accessories. Regarding this single-carded version, I´m particularly fond of the grappling-hook and sliding handle. I imagine many possible uses for those. 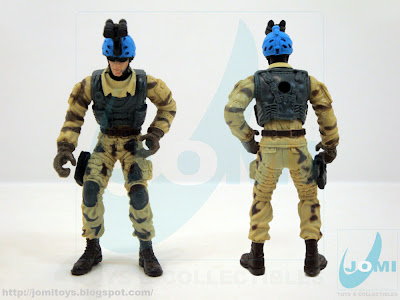 Same color scheme as seen in "Peace Force Steel Badger Playset", for more details on this figure, refer to "Barrcode Arrest". This character, was demoted to Sergeant, since his Police Force counterpart was Captain. 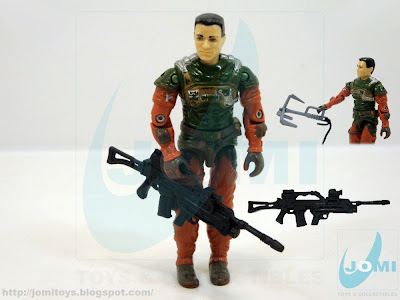 Scale shots. The rifle is highly based on the German HK G36 rifle with 40mm AG36 grenade launcher (German army version with dual sight system). Made of a hard rubber is very cool looking.