"The T-16 skyhopper was a high-performance airspeeder." 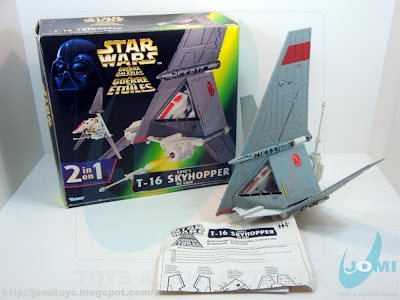 Present in the "A New Hope" scene where Luke is chatting with "threepio" about his future in Tatooine,  and can be seen briefly at the very end of the 1997/2004 re-edited version of Return of the Jedi as it flies over a festive Mos Eisley on Tatooine, for me it was more a reminder of how cool the "Rogue Squadron" games were. 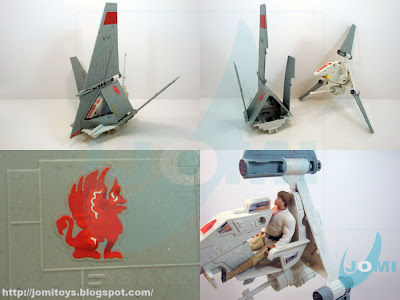 As a toy this model is actually very accurate. One of the most accurate, I may add. It´s almost a movie to toy kind of thing. However, its sheer size wouldn´t allow a proper play, then Hasbro's Kenner divison made this "small" change to the vehicle allowing half of it be the "actual" toy to be used by a figure (not included, but pictured above). Although the detachment of the main body is referred to as a way of maintenance and a small amount of side episodes about it. 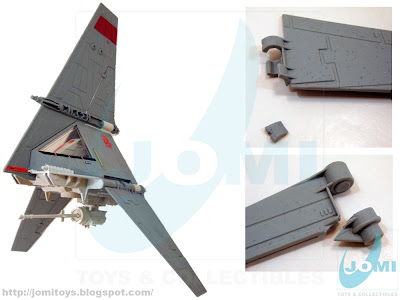 A GREAT model to have, an awful toy to play with. It´s fragility has costs as seen above. Fortunately a "clean" cut which can be easily fixed to achieve a static collectible. Not a working toy.