"The X-wing was a prominent series of multiple starfighters  produced by Incom with a characteristic "X"-shape of four wings, known as S-foils, extending out from the fuselage. These starfighters were found in the service of the Rebel Alliance, New Republic, and also the Galactic Alliance. They were originally meant for the Galactic Empire but when the entire Incom design team defected with the prototypes to the Rebel Alliance this deal was over." 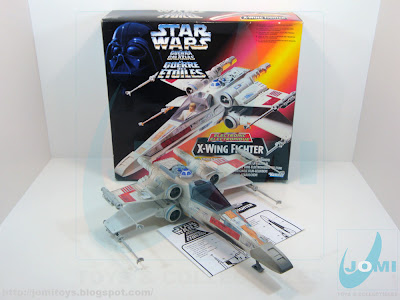 The X-Wing. No collection is a collection without the "Death Star killer". 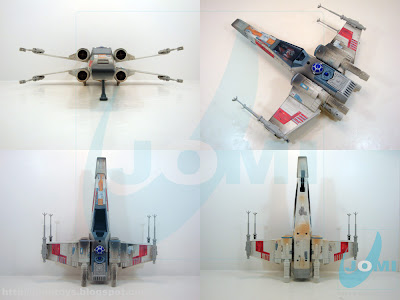 With amazing Fly-By and Blaster sounds, this is another great mold re-using from the 80s. For that reason, I prefer this one to the later and bigger ones.