Another 2008 release of the (still) current line. The Battle Zone Tower (green). 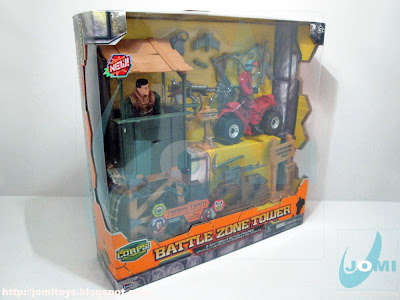 Following Lanard´s "The Corps!" long-term policy of re-using molds and figures, this is a welcomed re-release of both cycle and tower. 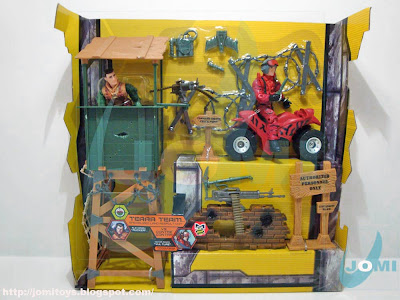 The "Terra Team" vs "Marauders" looks a bit like the "G.I.Joe vs Cobra" concept before Valor Vs Venom 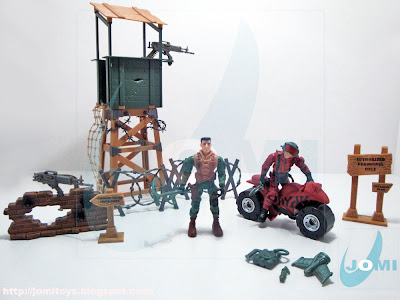 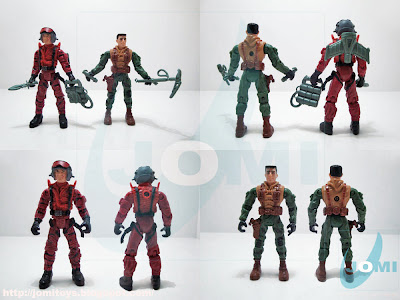 The figures: Alex "Rucker" Brody and Viktor "Vulture" Rokav. Needless to say, the scale is 3 3/4" and the accessories are fully compatible with G.I.JOE figures.

- One thing about these later sculpts is their "hobbits" feet. That and the limited crotch articulation are pretty much the only things to point out negatively about these. 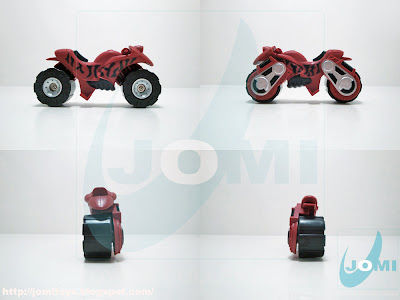 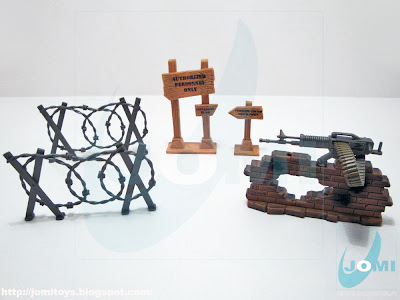 The included accessories. That barricade and the signs are great. 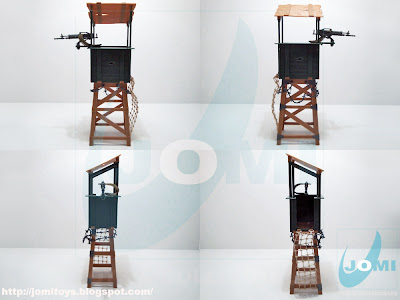 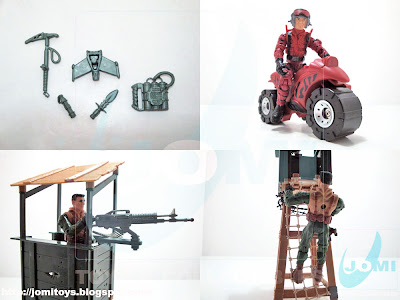 Some more details of action with these. Note: The time bomb is very much like the one cobra commander tries to use on the statue of liberty at the opening of "G.I.JOE: THE MOVIE

Status: Unavailable
Posted by JoMi at 1.3.11