As requested, another Great Warriors figure from Giro Toys & Games. 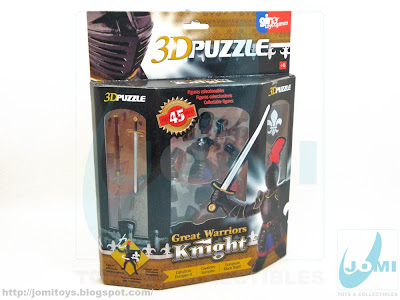 Knights with black finished armour, where quite a common sights throughout Europe in the 15th century. However, we cannot be positive if this black finishing was due to painting or some kind of controlled oxidation process. 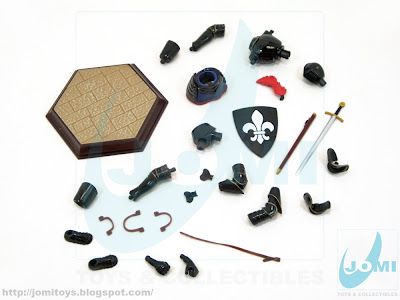 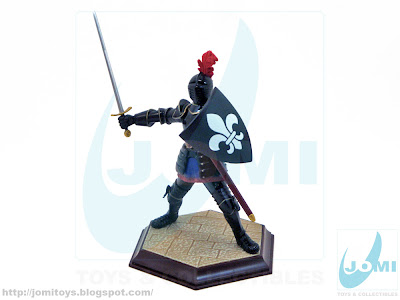 Assembled view. The shield emblem was called "fleur-de-lis" the flower of the lily, traditionally this has been used to represent French royalty, and in this sense it is said to signify perfection, light and life. 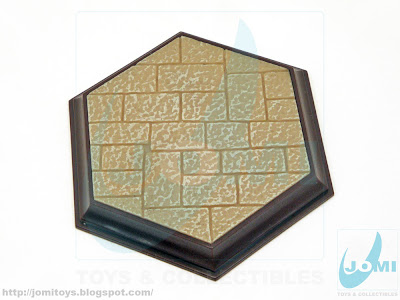 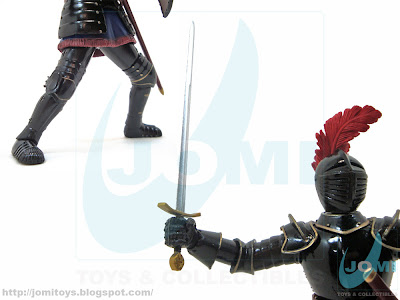 The figure has some articulation, but limited. 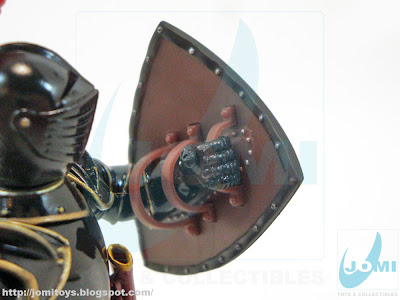 In the 12th century, the king of France became the first to use the fleur-de-lis on his shield. English knights later used the symbol on their coats of arms to emphasize their claims to the throne of France. 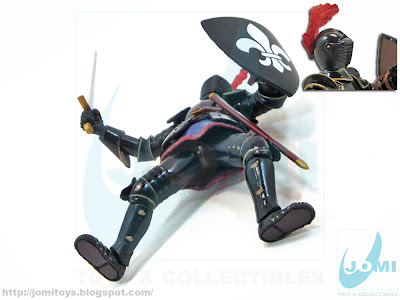 The figure is awsome, as a poseable statue mainly. And the sword and shield, being removable, can be used with 4" to 7" figures depending on the use one cares to invent. Also, if you´re crazy enough to paint it gray, it makes a spectacular statue for a plaza.