Blue Box International release, this collectable model is one of their "top of the line" items. 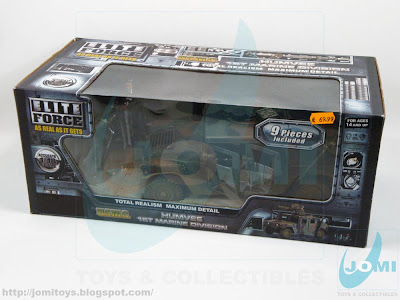 "Total Realism, Maximum Detail". Indeed. There are variations of this H1 such as the Elite Force SWAT Hummer 1/18 Scale Vehicle and Figure 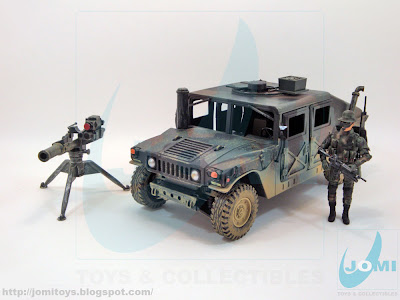 Included items. The cap on top of the turret (to attach the TOW missile launcher) reads : THIS IS NOT A TOY. Shame on you BBI ! 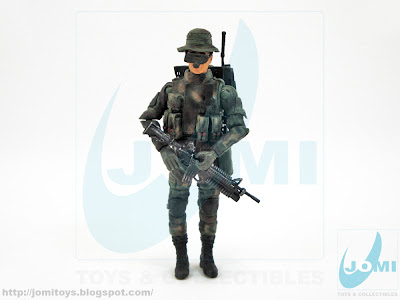 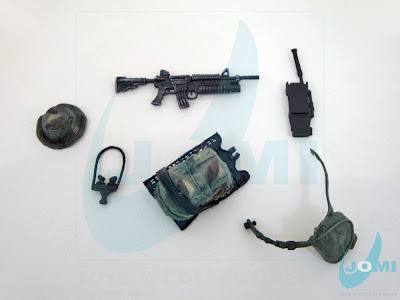 Included (figure) accessories. As you can observe, this is more on the model side than a toy. BBI makes it perfectly understandable. 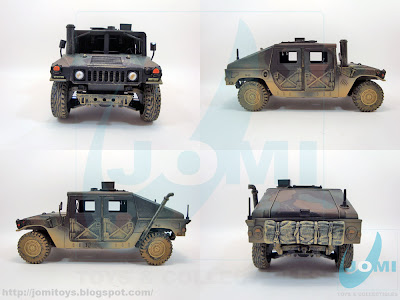 USMC Humvee. "Woodland camo" as some call it. Considering the look of "today´s" toys, this set would be more of a model turning into a toy than the other way around. A little too much for my taste, but fantastic achievement, of course. 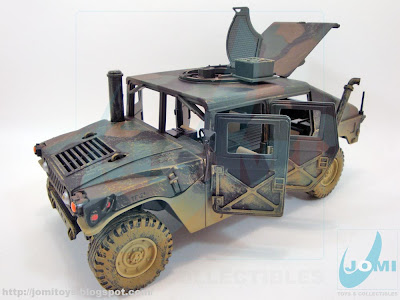 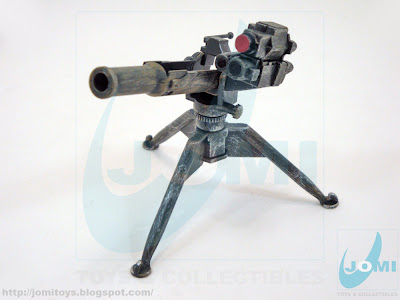 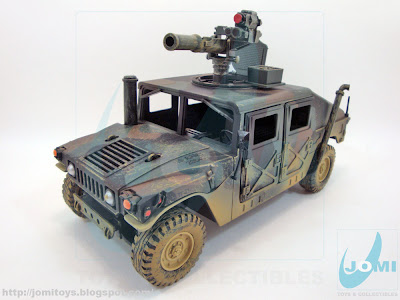 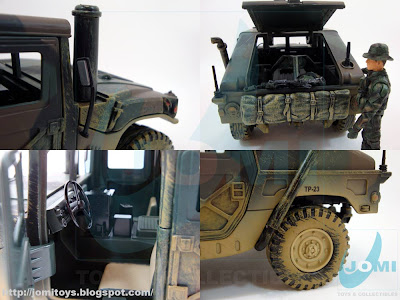 Detail shots. This is as detailed as I can personally bare. The ideal would be a middle point between this one and the "The Corps! 1997 ATK vehicle". But then again, we´re not looking at a "toy" here. This a 1:18 scale model. But fully functional. 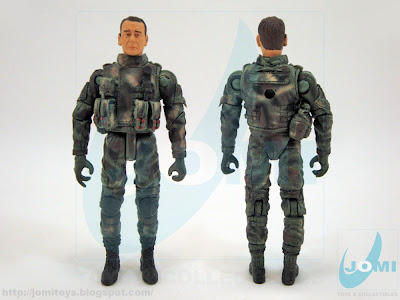 The included figure is just like the humvee, a functional 1:18 scale model/ action figure. Nice, but perhaps a little too much. 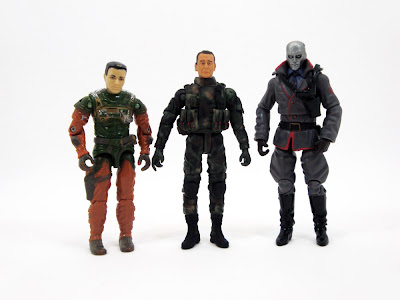