From the pre-True Heroes era, comes this Toys R Us exclusive repack of Chap Mei figures. 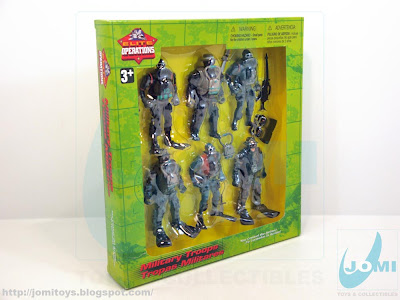 The infamous line had a mix of "original" Chap Mei figures and several others. Today we take a deeper look into the #99620 set. The "Marine Operations Specialists". 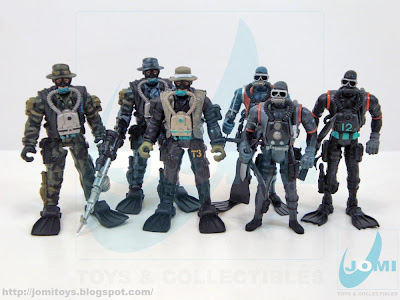 Included items. They do look good. And the fact you´re looking at a group of general uniform troops, makes it an even cooler picture. Army-building all the way! 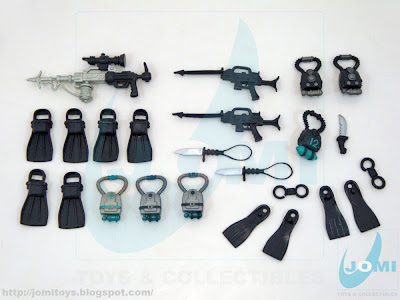 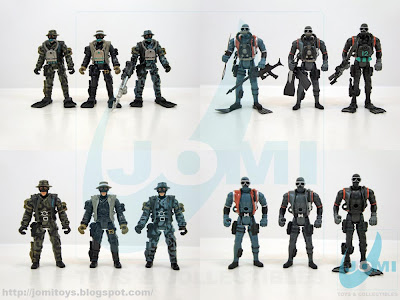 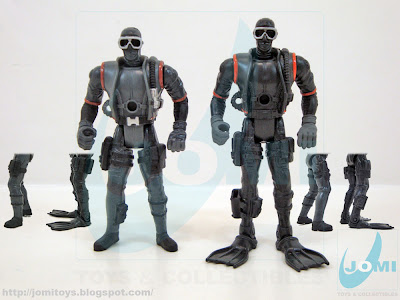 Since we´re in the presence of both "Frogman" versions, we´ll grab the opportunity to check the molds differences. Actually, the torso is exactly the same, and the articulated feet figure legs, although different, are in fact inspired by the first version. The articulation detail makes this 2nd figure taller. 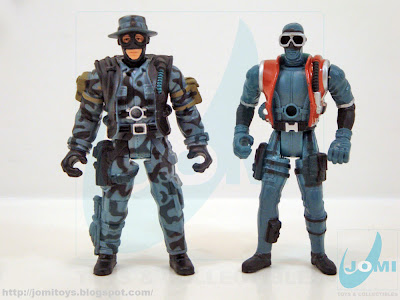