A fantastic 2 pack featuring a nicely done creature from the World of Narnia. Actually, one of the best werewolf-like figures around. 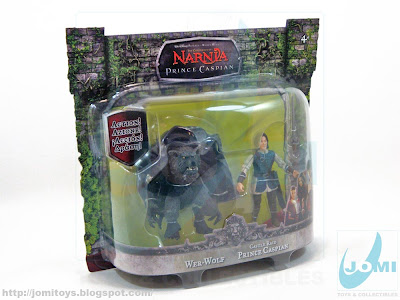 One of four 2-pack sets, this is my very favourite. The others are Minotaur Asterius & Faun Mentius 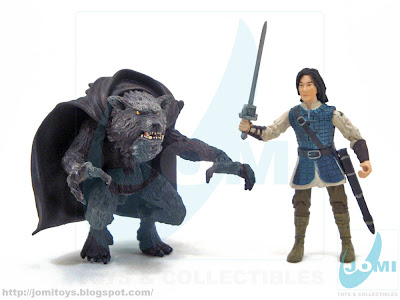 Contents view. Prince Caspien figure is similar to Final Battle Prince Caspian in almost every way, so we´ll focus on the Wer-Wolf figure, the star for the night, definitely. 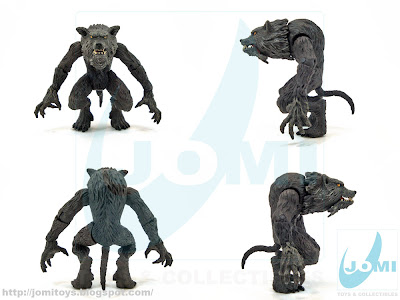 Both arms have multiple articulation. One of legs the moves back and forth, the other does not and we´ll see why in a few moments. 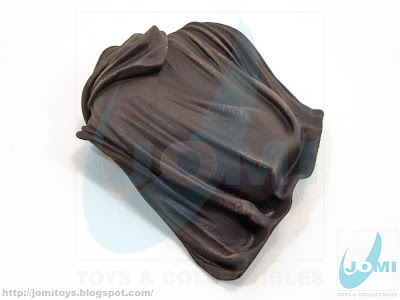 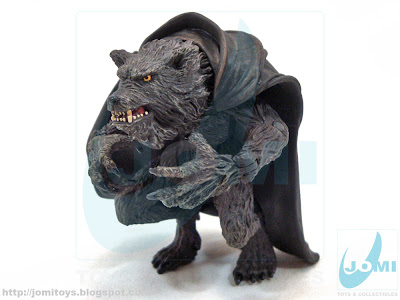 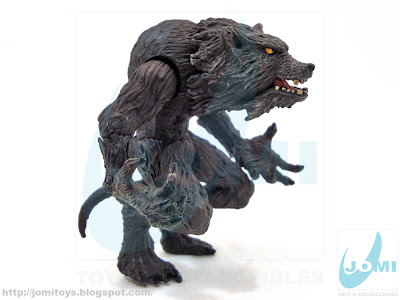 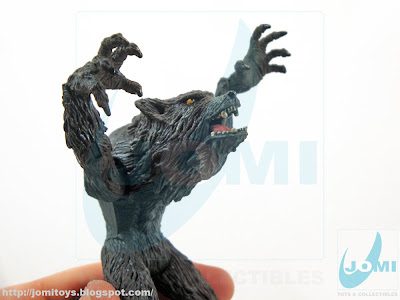 Squeezing its legs makes the head go up and jaw drop, giving the "howling" look. Arms also go up producing a terrifying look... of a terrific figure!

Labels: the chronicles of narnia