As many of our fine readers know, from time to time we get some low budget vehicles and figures from all kinds of places and sources which may become a 1:18 custom someday. This is another good example. 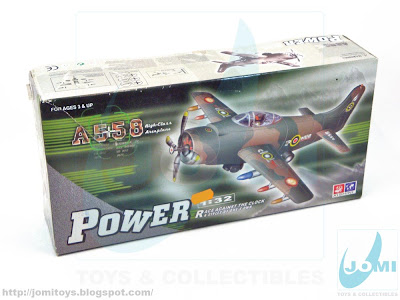 The first I looked at it, I noticed the 1:32 scale mark, but fortunately they had an assembled one around and with a US$10 tag, I decided it could serve a purpose... eventually. 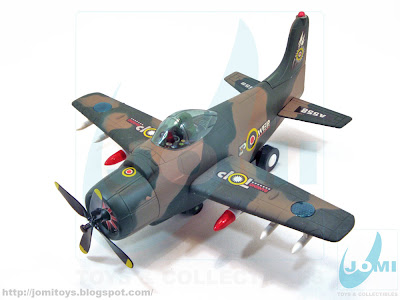 A Bump & Go toy, includes a lot of electronics which have to be stripped, but also useful in future projects. Lights, (irritating) sounds and even a working propeller. 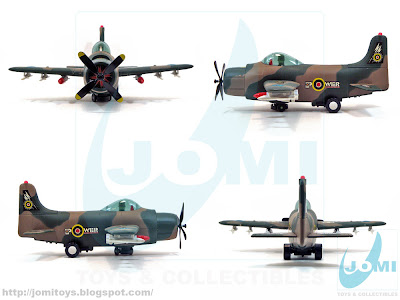 A-1 Skyraider model-based toy. It needs a new landing gear and little more to integrate a 1:18 squad. 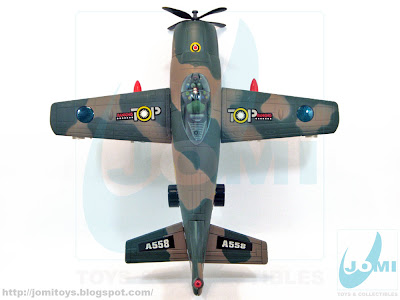 Looks good and the lines are pretty balanced. Cockpit has to be totally redesigned to hold a 95mm figure, but there´s no such thing as difficulties, only challenges. 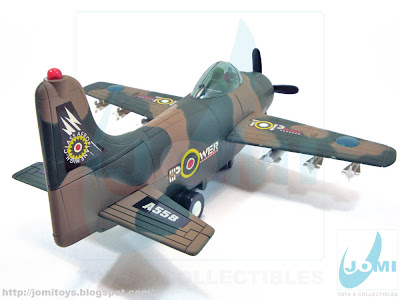 Of course all those missiles have to go and probably be replaced by fuel tanks or rocket launchers. 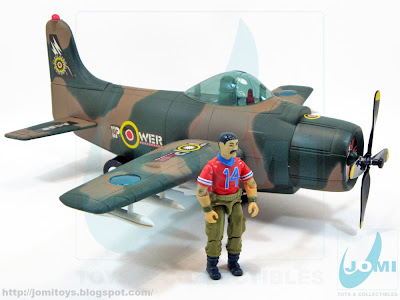