An inspired Lanard design team brought us some interesting models. Again following G.I.Joe figures "evolution". Some fans rather prefer the 80s figures that were the closest image of G.I.Joe ARAH figures THEN, and put these a bit down now, forgetting (or not) that ARAH suffered a change in the beginning of the millenium and Lanard have always been close on their footsteps. 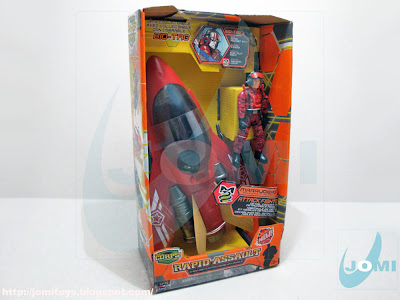 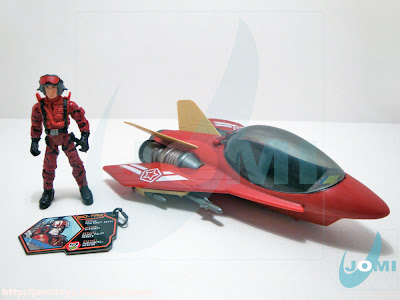 Included items. For a detailed review on the figure, codenamed "Vulture", please refer to "The Corps! Battle Zone Tower". 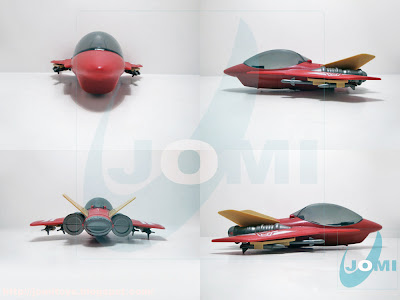 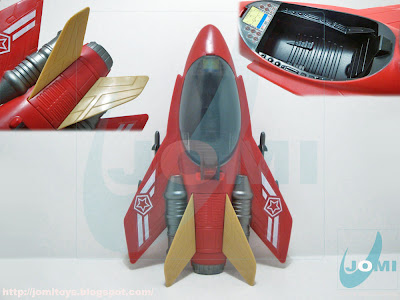 Upper view. Detailed enough for a "low-cost" item, offers the possibility to transform into some very interesting customs. 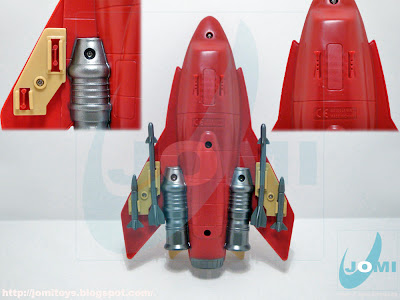 Aircraft belly and weapons nests. Again using the "Dragonfly/MCC" and "Truble Bubble" missiles. The nose cannons could be a little better looking. 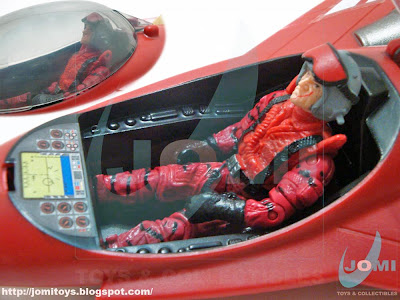 Cockpit view with figure. It somehow mixes right. A full and balanced image. Not too detailed (I´m a fan of this kind of balance - this is NOT a model, but a toy) and not too clumsy. Thumbs up!