After having a look at part 1 (figures and accessories) it´s time to have a look at the included vehicles. 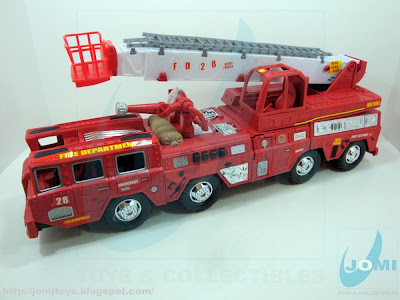 "Turntable ladder". One of the most well known FD apparatus. Also acknowledged by its initials, TL, this usually long vehicle is commonly a decisive factor in rescue operations. Featuring a simple hydraulic platform (no water pump included), it does have telescopic ladder and the bucket at the end with enough room for the rescue. Making this a Tower Ladder. 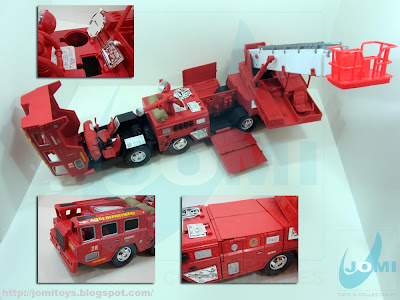 Highly effective as a toy as well, it has an array of small interesting details: Hatches, opening equipment sections, opening cabin with room for 2 figures...and of course, lots of SFX. 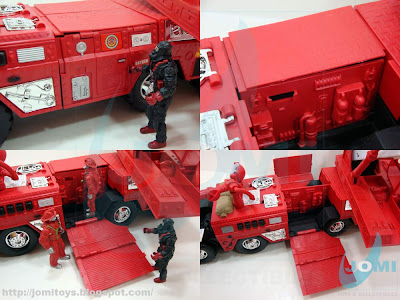 The equipment section is divided in 2, working individually, accessed by turning the ladder 90 degrees. 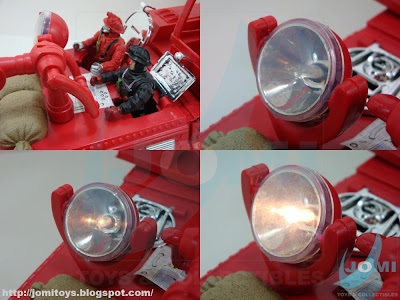 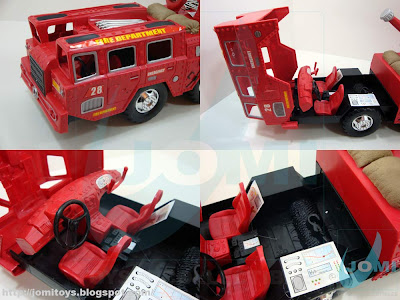 Cabin detail. Very nice looking and highly detailed (especially considering the price). Haven´t yet figured out what the handles/controls are for. Water cannon maybe!? 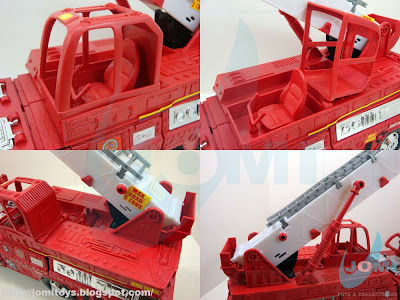 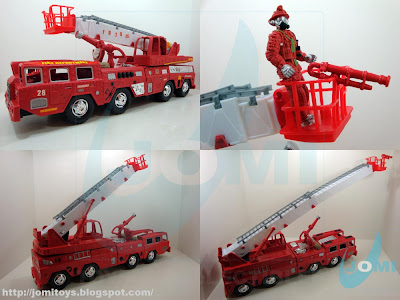 Action shot and isometric views of the telescopic ladder. 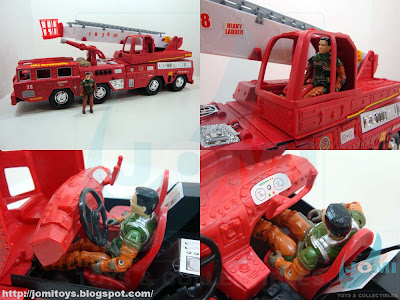 Scale shot with a RAH G.I.Joe figure from Hasbro. While it seats perfectly inside the front cabin, the tower ladder control seems to be too small for this one. 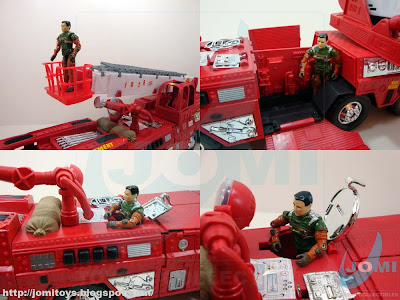 The hatches also fit a 3 3/4" figure quite well, but the equipment area seems to be too small, as the rescue basket. 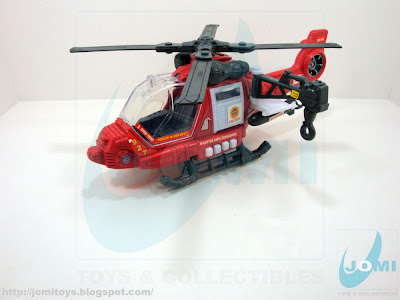 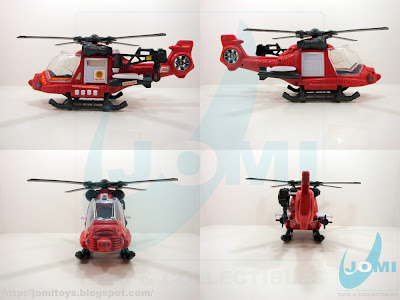 Without a doubt, a very good all-around vehicle for your "joe/cobra armies". 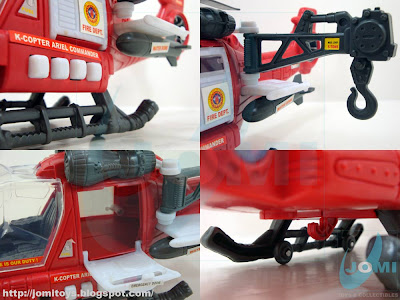 Some good details and some exaggerated aspects. A winch fits a rescue helicopter, but not like that and not a helicopter this size. The opening side door is a nice touch. Missiles are not. 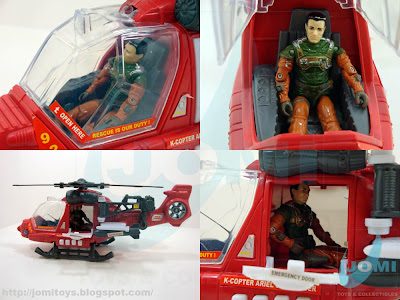 The crystal clear cockpit windshield is fantastic, and although not a big "helo" its quite large. Again, consider this whole set as a combo, and the goods it included! 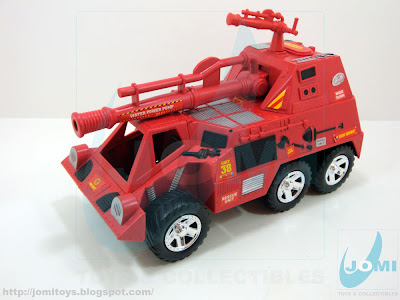 Armored firefighter vehicle. Not sure if this was initially intended to be a FD unit, considering the military look, but it somehow fits (as a Thunderbird 2 Pod especially). 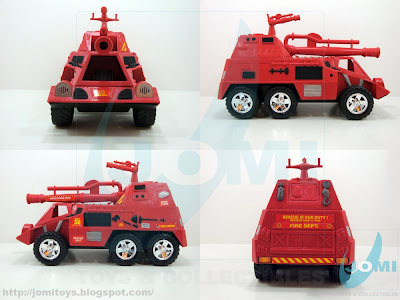 Urban warfare-looking, I´d like to see this in a blueish color. 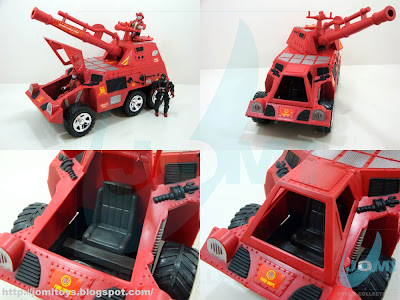 Not as detailed as the TL above, it is also filled with fun surprises as the actual revolving tower, the opening front cabin hatch, the top hatch for the "gunner" (monitor for FD purposes). 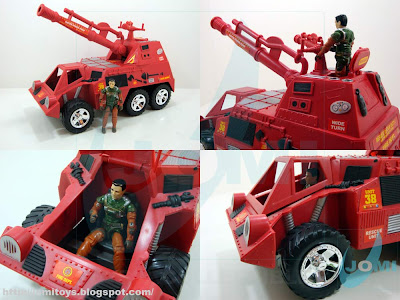 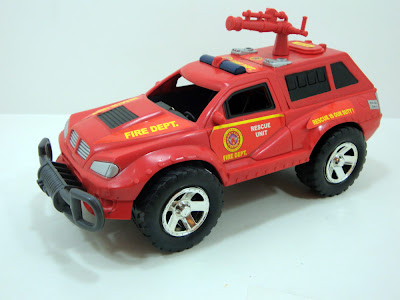 Command vehicle. The noticeable 4 buttons on the back window do NOT work. But the original obviously would. 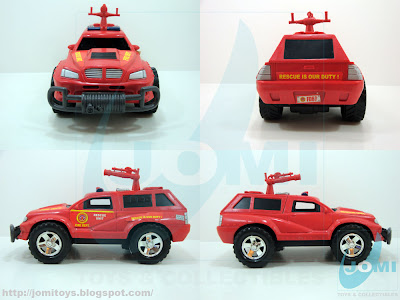 I just absolutely love the front view of this car. Reminds me of the X series BMWs. Dreadnoks material, "says I"! 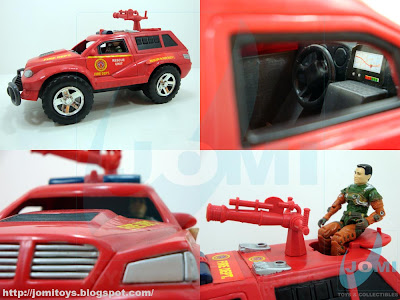 The interior is neatly done. Too bad the doors won´t open, but a 3 3/4" figure fits there. With some effort... 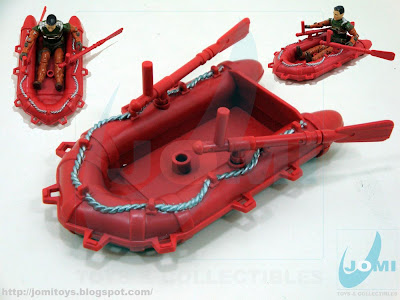 Raft. Kept simple. Can´t go wrong with that there. 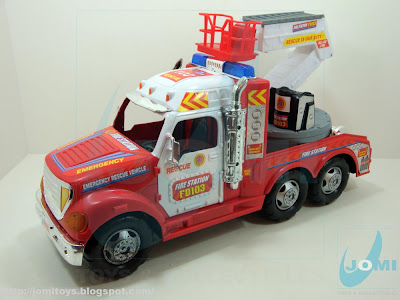 The strange one. A mix of "Tow-crane", "Brush truck" and "TL". As a toy, it seems more like a tractor pulled out of some set and given a turntable ladder to pull. 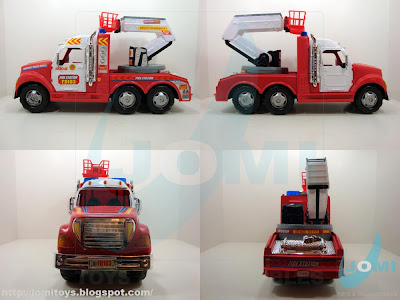 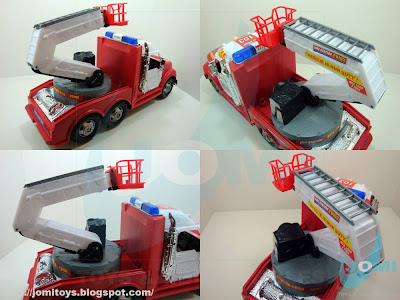 Turntable looks good, nothing fancy, but good. Like some say, collectors are just about 15% of their market. 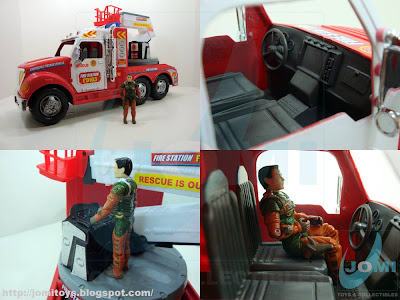 This vehicle holds a terrible secret! Yup, its size. Monstrous. Too bad. Good thing it was 1 out of 5 (6 if we include the raft).

General idea: If you find it, get it. Loads of customizable material for your 95mm figures.

Status: Unavailable
Posted by JoMi at 5.3.11