1997 brought a whole new fresh look at the original vision from Lucas´s brilliant saga. With it came some cool new figures and toys. 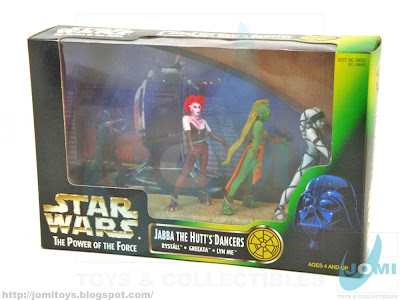 In 1998 however, came another series of one the greatest set concepts - Cinema Scenes - as this "Jabba The Hutt´s Dancers". Vocalists from Max Rebo´s band, the set includes Rystáll, Greeata and Lyn Me, plus a diorama stand. 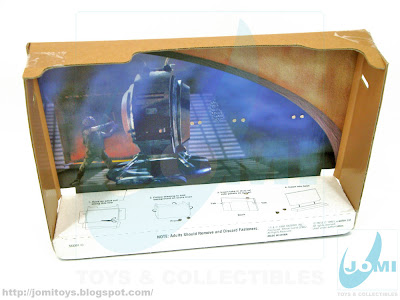 Inside, a background was included to fit into the diorama base slot. According to the instructions, you needed to fold on score lines and insert tabs on side panels. Result, a cracked looking background. The best option would be a clean cut around the image and that was it! 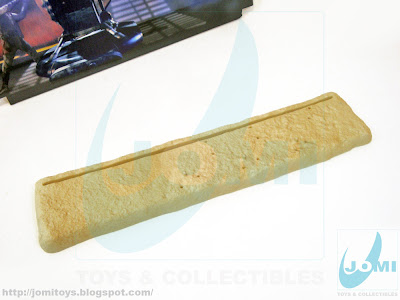 Of course you can use this stand with many other figures and carded images. Your imagination is your limit. Is there any? 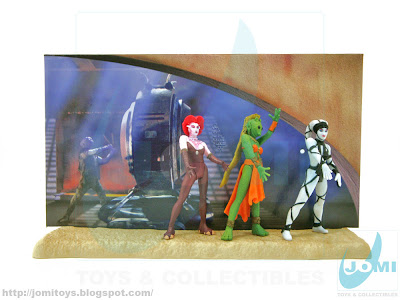 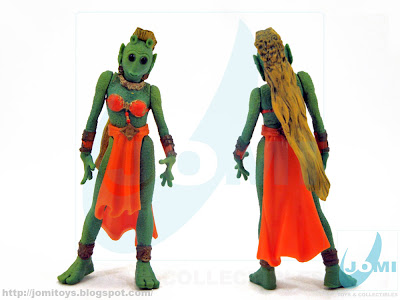 Figure: Greeta, a Rodian who is also a capable kloo horn player, joined the band (Max Reebo) at the same time as its lead singer, Sy Snootles. 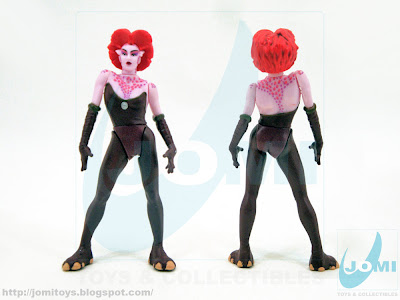 Figure: Rystáal, an exotic near-human raised by a pair of Ortolan musicians, was a slave under the crime lord Xizor until Lando Calrissian won her by defeating the lord in a sabacc tournament. 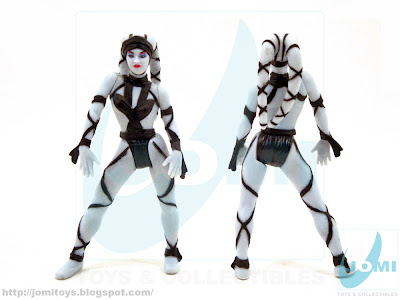 Figure: Lyn Me, Twi´lek, recognized by her people as the greatest dancer out of all the Twi´lek clans.