A 1999 novelty, this set reissued the Shuttle with a launch platform. 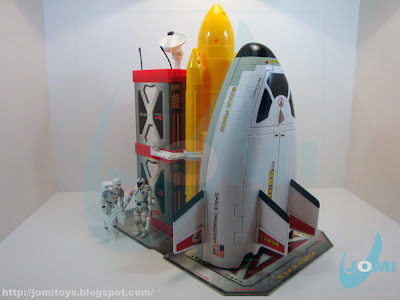 Although this time going a different way from G.I.Joe, it seems to round up a few learned lessons, since this "base" is primarily made out of card. Something commonly used by major toy companies in the 80s. 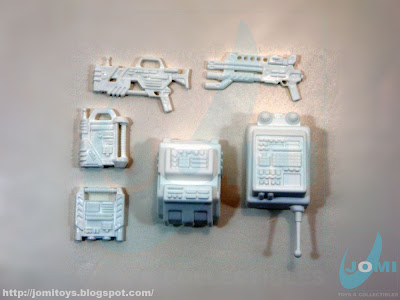 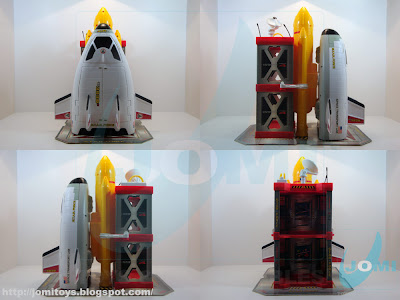 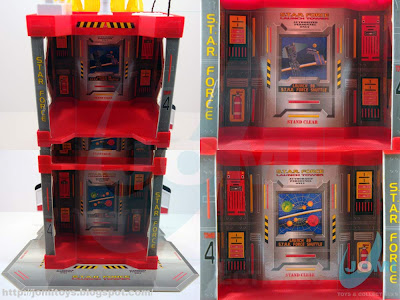 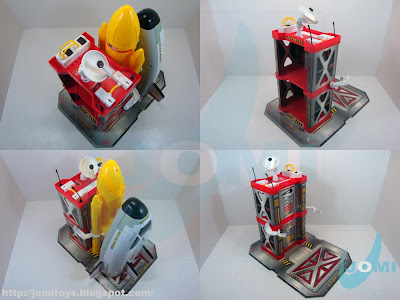 With and without shuttle/ boosters. 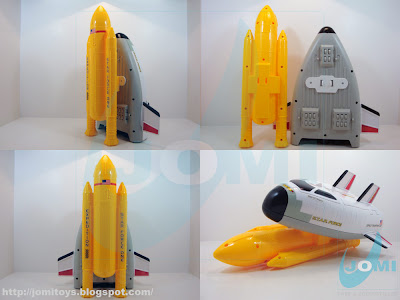 As you can observe, this shuttle includes an extra accessory. the belly connector to the booster/ fuel tanks. 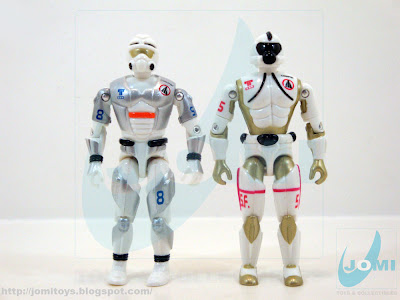 Figures: S.T.A.R. Force astronaut team members "8" and "5". We´ll have a better look at these later. 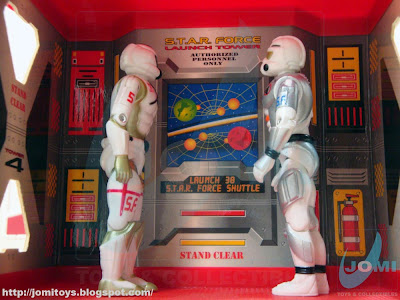 Status: Unavailable
Posted by JoMi at 1.3.10