A Toy Biz product, distributed in Western Europe by Famosa, this aircraft is a great asset for 3 3/4" figures enthusiasts. 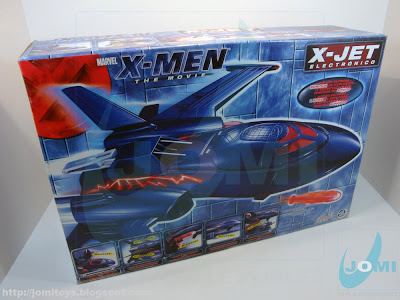 Based on the SR-71 Blackbird, it´s an interesting variation. 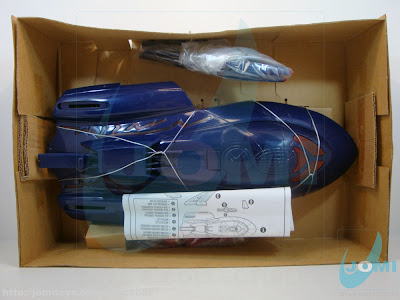 The color is Cobra Blue, for "Joe" fans. very similar to the original Cobra Rattler. 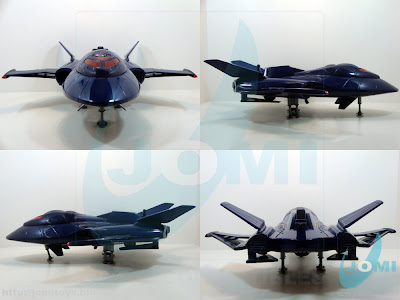 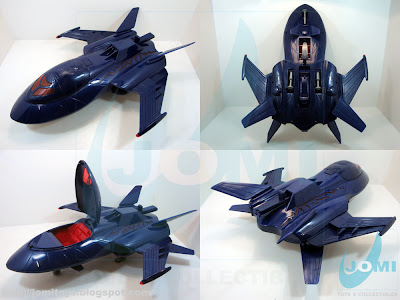 ... And a great asset for your "Cobra Air Legions". Vintage or modern! 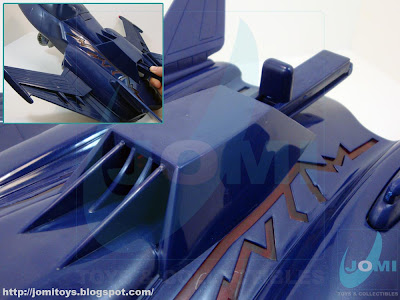 A lever is hidden inside the tail section... 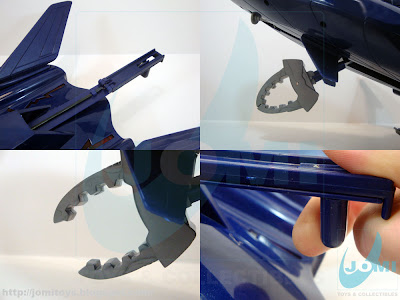 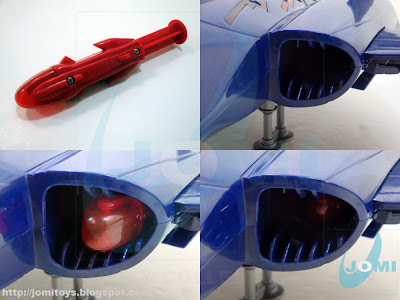 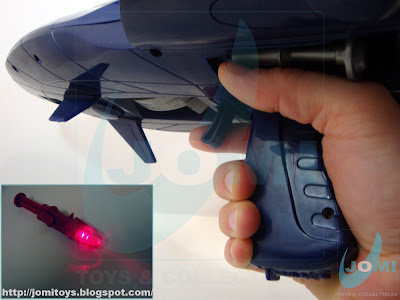 Thunderous sound and jet fly by are heard when pressing the triggers on this folding handle. The missiles include a great system: When fired, while passing by the launching rail, they activate their lights. 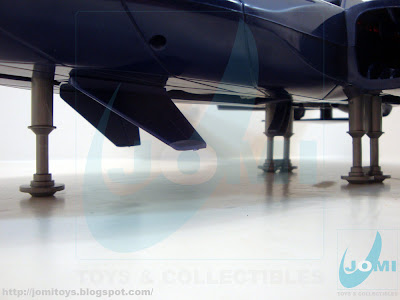 Landing gear. Now this is a disaster. Rarely works, and looks cheap. 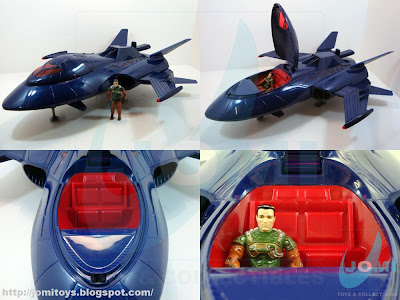 Scale shots with Hasbro´s G.I.Joe RAH action figure. The cockpit was constructed for one X-Men figure, however it can hold two 3 3/4" figures.