For our 120th Chap Mei entry, we went to the vault and found something really nice for you... enjoy! 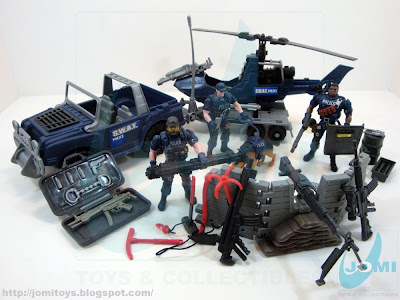 Some of the "bread & butter" Chap Mei vehicles, and some fantastic S.W.A.T. police figures in this deluxe play set. This line became almost as popular as the "company flag" Soldier Force. 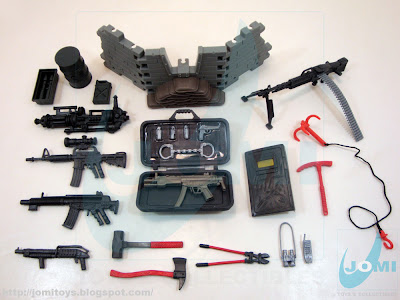 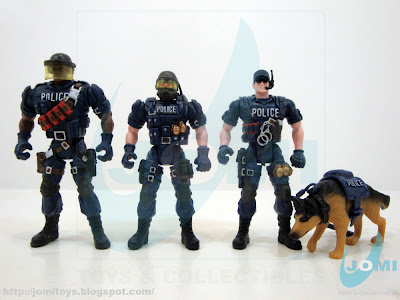 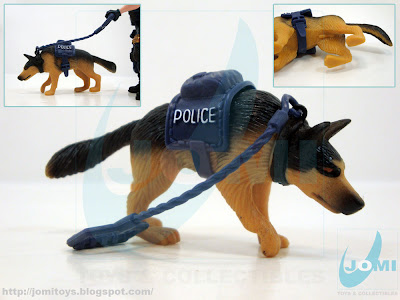 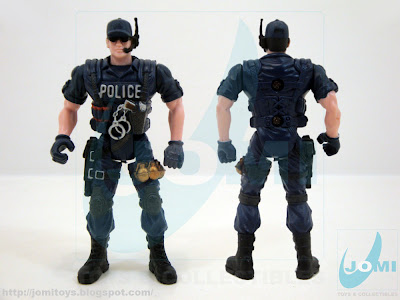 Figure: Unnamed, but looks like "Sergeant Thomas" as seen in "SWAT police Humvee" . 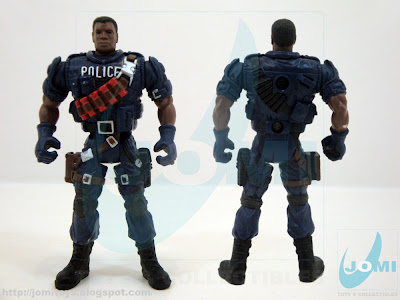 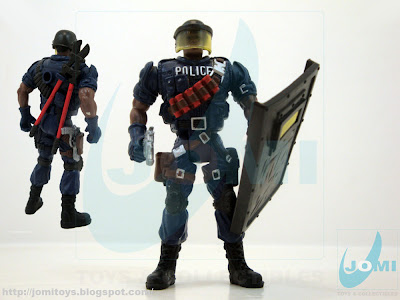 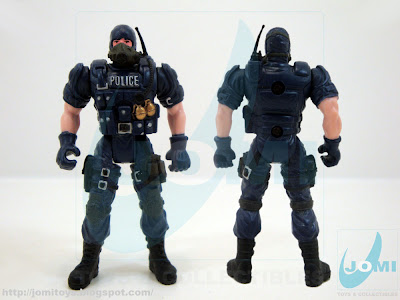 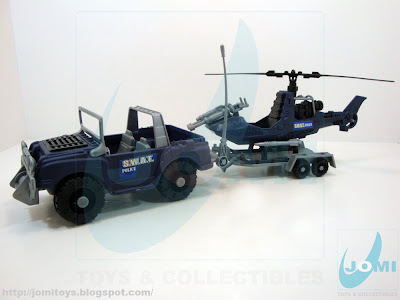 Jeep and helicopter trailer. A common sight when Chap Mei started out. 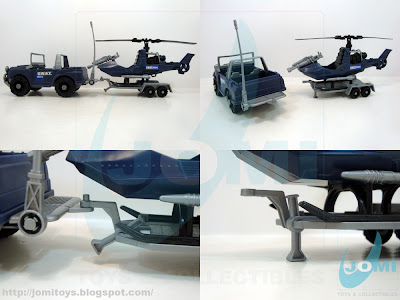 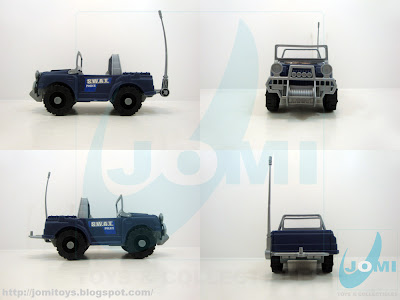 The first Chap Mei jeep. One of the reasons why G.I.Joe fans first started looking for this line. 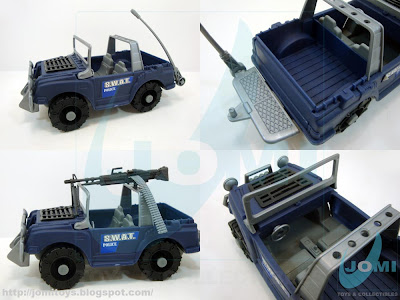 However simple this vehicle may be, its definitely cool and its use is wide. Also pictured, M60 mounted on top. That´s why those holes are for. 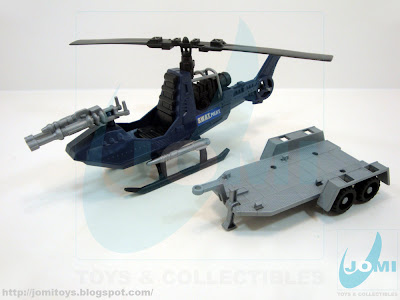 The G.I.Joe Cobra F.A.N.G. was without a shadow of a doubt, the inspiration for this one. We´ll see it in a more detailed manner in a future entry. 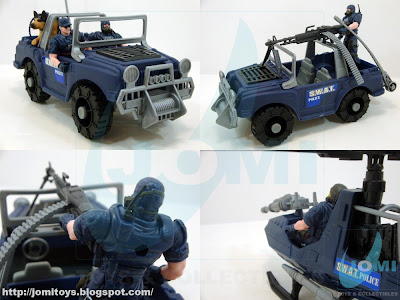 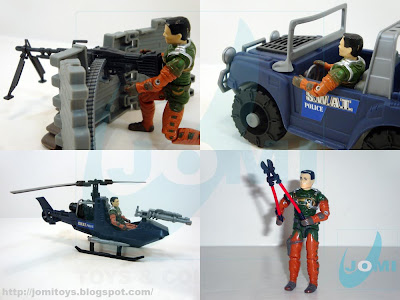 Scale shots with a RAH G.I.Joe figure. Chap Mei evolved immensely throughout the years, but these are some of their best 1:18 scale items (all discontinued).