Different color scheme and a lot less equipment and accessories than its predecessors, this Rocket Hauler still rocks! 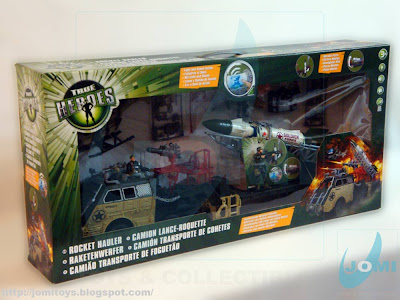 A Toys R Us item. European price in dollars: US$67. 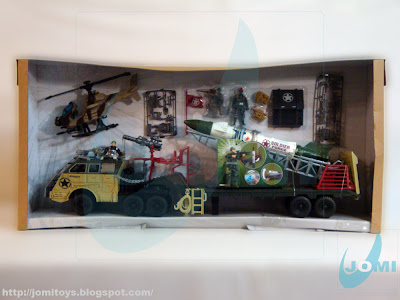 As you can see, the helicopter is different from previous Rocket Hauler sets. No winch and also, there is no armored vehicle like the one present with the Soldier Force V" set. However, this vehicle was already dismissed when Toys R Us first start selling their first True Heroes version. 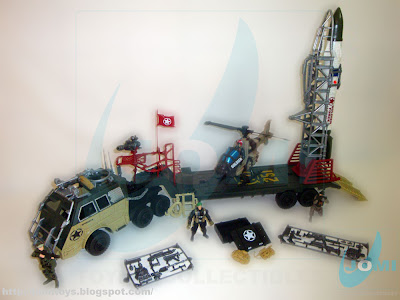 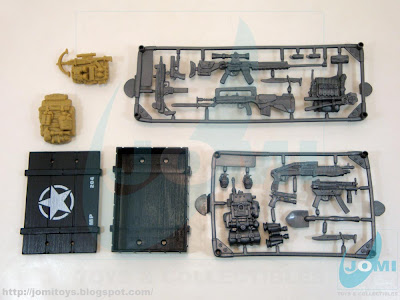 Included accessories. Very poor for such a set. And such a price. 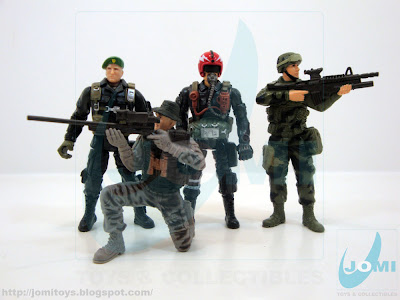 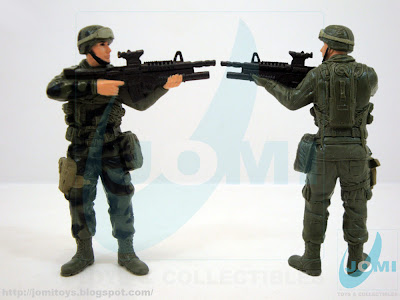 One of the new Chap Mei soldiers. See all the articulation? Well I don´t. Not a single point. Nice sculpting, for a PVC figure... 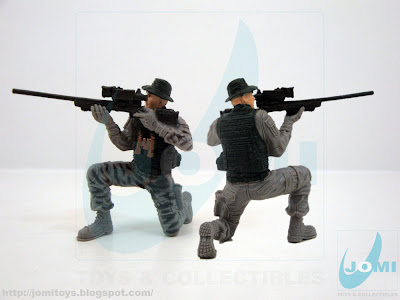 The other Chap Mei new recruit, and the comment above serves this one as well... 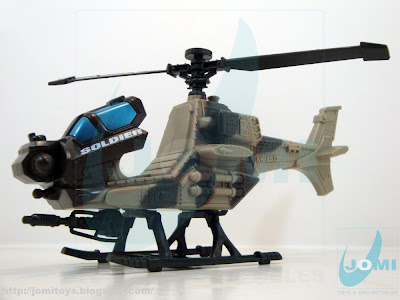 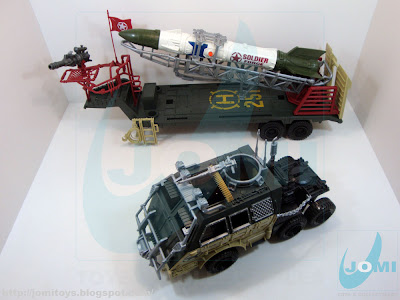 Rocket Hauler. A must for any G.I.Joe fan. 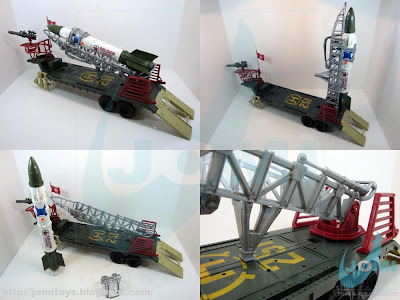 Launch bay shots. Unfortunately, TRU decided to cut on a lot of accessories and the winch is actually being missed here. Also, the firing cannon comes with no missiles to fire. Very strange indeed. For more details on the trailer, refer to "Dino Valley 2 Mega-Hauler Playset". 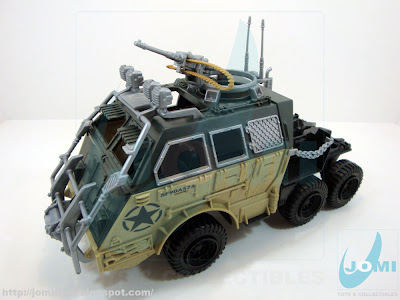 Truck. Instead of the "tiger camo" present in previous models, this one shows a plain painting scheme. Considering we already reviewed this one in "Dino" colors, this new camouflage is actually refreshing. For more details on the trailer, refer to "Dino Valley 2 Mega-Hauler Playset". 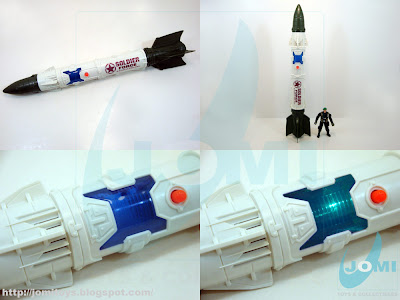 The hypersonic-type Cruise Missile. When pressing the button, lights flash and you hear the phrase "3, 2, 1... Fire!".