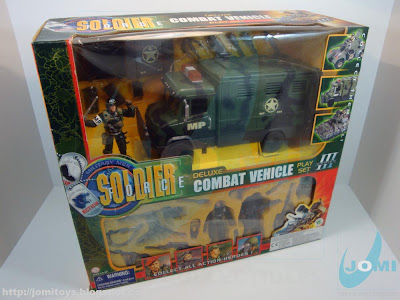 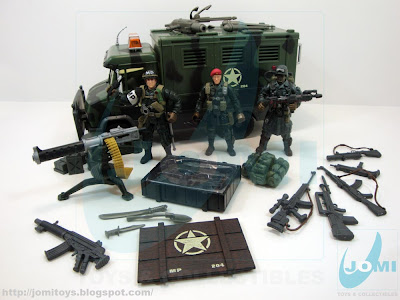 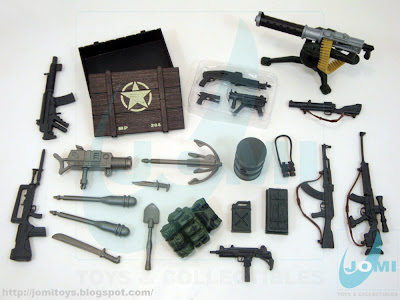 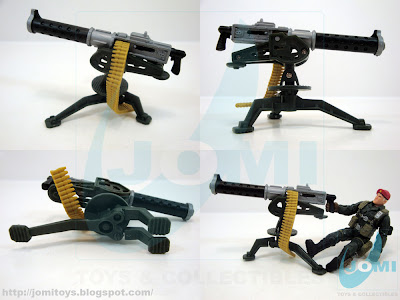 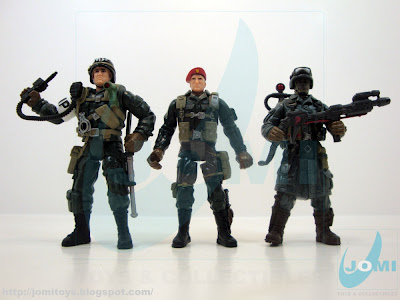 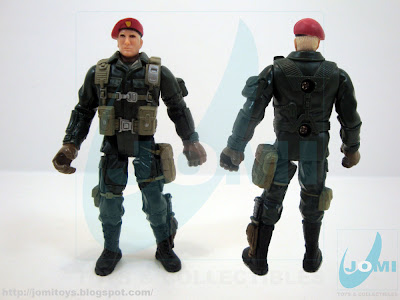 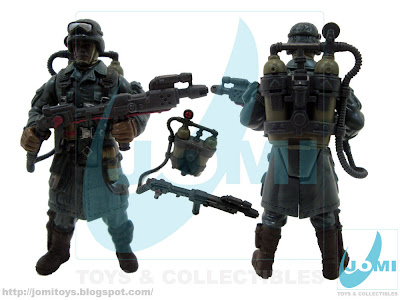 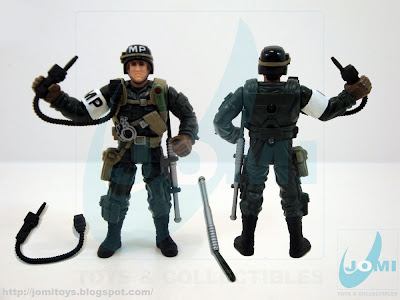 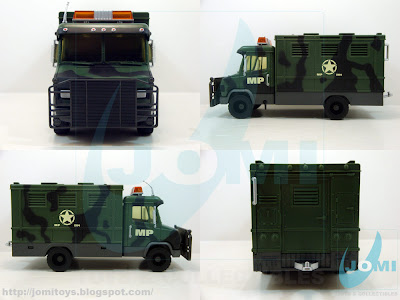 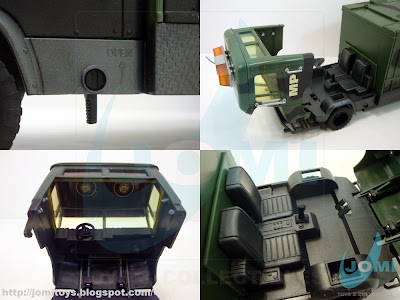 Cabin-opening mechanism and inside look. 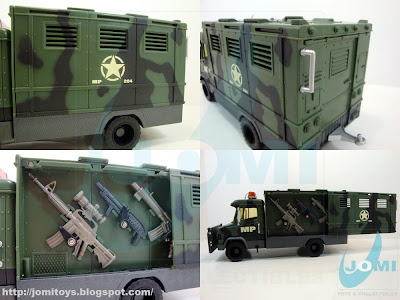 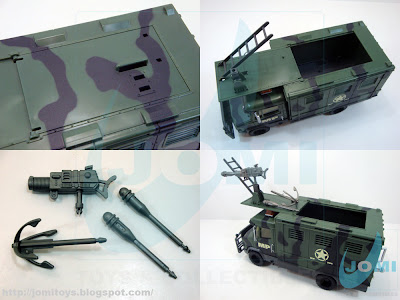 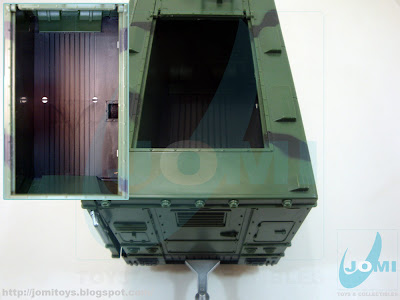 When opening the military truck´s roof, you find enough space for up to 6 figures. They´ll have to stand, though. 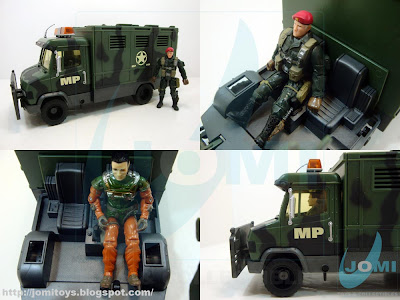 Scale shots with both Chap Mei and Hasbro figures.