Part of a very big "Deluxe Action Set" found in Badajoz, Spain, in a (presently extinct) retailer called "Pryca". A Spanish anagram for "Price and Quality". Indeed it was. And Spanish visitors probably miss it as well as we do. Since Pryca was fused with Carrefour/ Continente back in 2000, things were never the same again. We are still compiling this big set we found in the late 90s, comprising this tank, a command jeep and more than a dozen troopers. And since the box was, unfortunately lost, it is taking some unexpected time. This is a The Corps! fans favorite. Therefore, it deserves a post of its own. 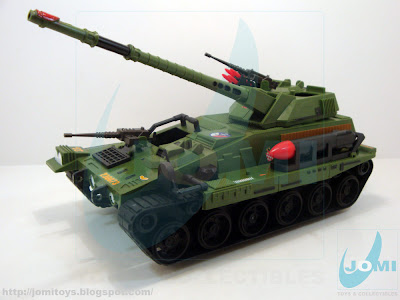 Lanard has made some great vehicles and especially, suitable and perfect for G.I.Joe 3 3/4" figures. All things considered, this has to be my very favorite. 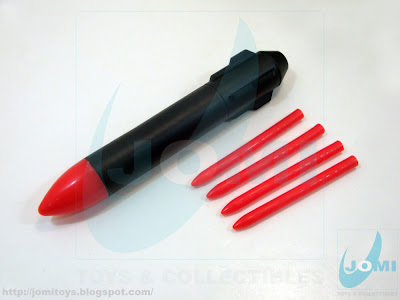 Included accessories. A SAM and 4 rockets. 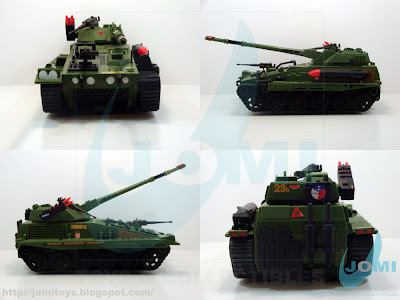 Another example of fine tune between simplicity and great design. This piece of armor stands tall between the likes of "M.B.T. Mauler" and "M.O.B.A.T.". 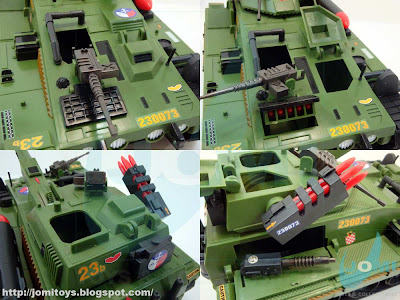 Open/ closed hatches views. The tank holds 6 figures. 4 crew members and 2 standing on the outside. 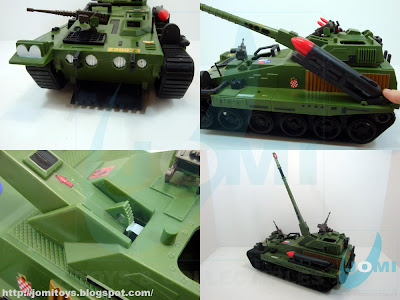 Barricades/ barbed wire thrasher, SAM positioning and the way Lanard found to keep the cannon straight. Well, it sort of works... most of the times. Specially when you just want it standing on the upper 50% of its course. 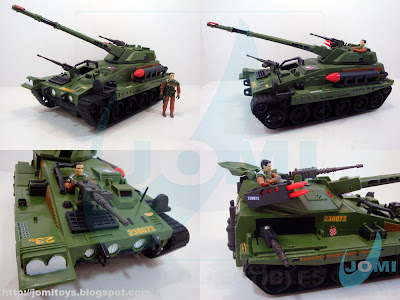 Scale shots with a RAH G.I.Joe figure. When we have the whole "Deluxe Action Set" complete, you´ll see the original troops on it and some of the box cuts. There are some minor parts missing among the tons of loose action sets we have around here.