As with most of the Soldier Force I play sets, there was a Police Force counterpart. And vice-versa, of course. We already reviewed the Police Force "false twin" of this military pack, focusing on the first Chap Mei jeep. This time, we´ll have a look at the helicopter. 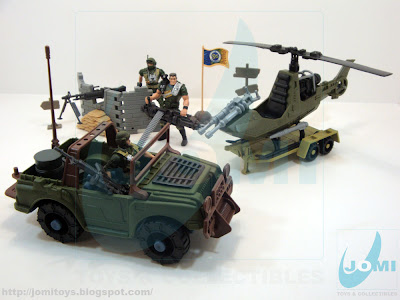 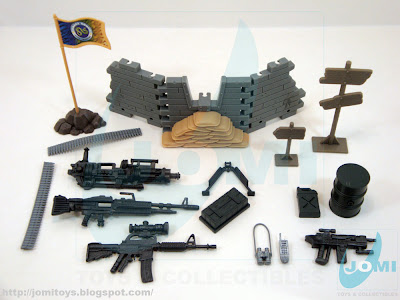 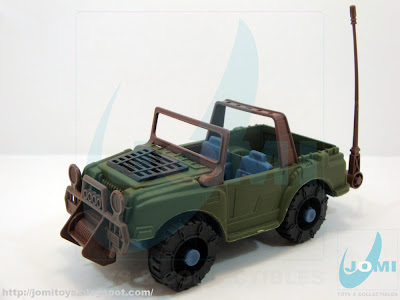 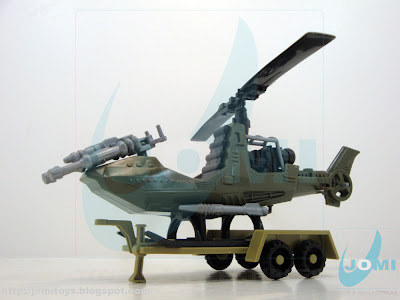 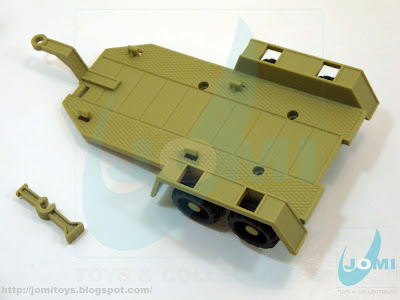 A very useful trailer to take your one-man chopper to the woods. The 3 holes in there may fit some cages (Dino/ Wild Quest lines). 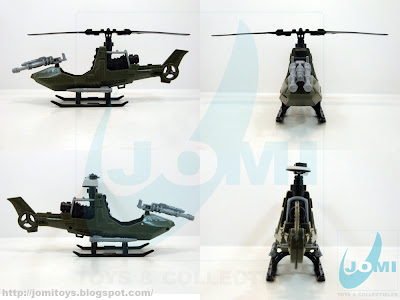 Helicopter. A Chap Mei version of the G.I.Joe Cobra F.A.N.G. 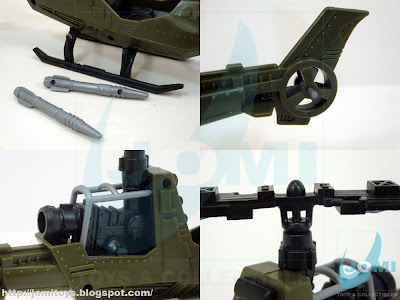 Engine and rotors detail shots. The missiles are removable, but they usually came glued. 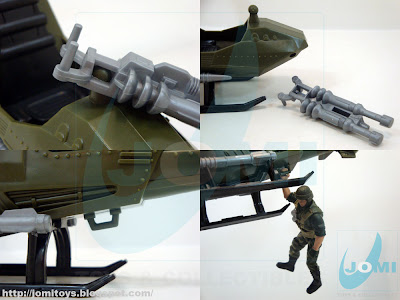 Cannon rotates freely thanks to a "swivel-ball" joint. The helicopter also packs a underbelly handle for either figures or mechanical applications. 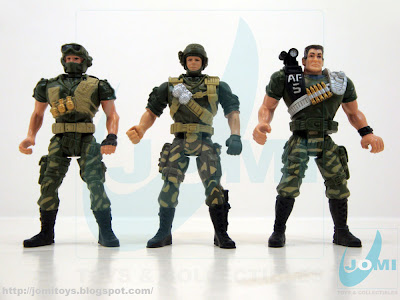 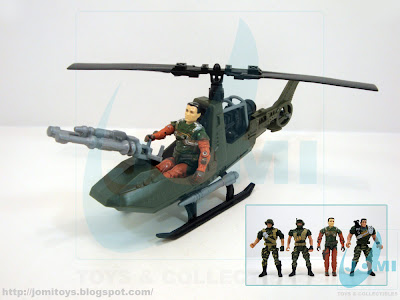