Stepping again to the 2008 line, we close the "two towers" reviews with the Marauders (red) battle zone tower. 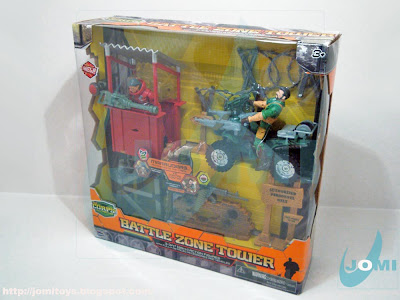 For the first 15 years (or so), Lanard used their 30 figures line and ranks. Seems they´re doing the next decade with these new 15. Well, some say they´re getting worse, I myself, think they´re getting better. 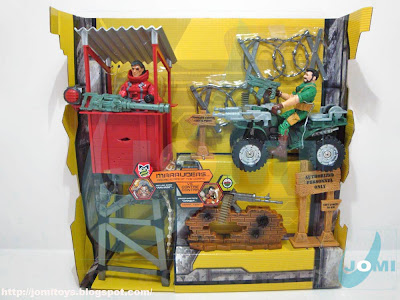 There´s something about these figures making them true to their purpose. Not too realistic, not ridiculously toyish. There is something of a balance there. 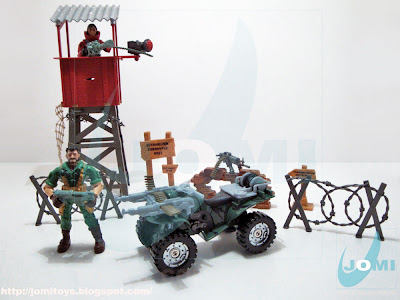 Contents view. For a better (re)view of the secondary accessories, meaning barbed wire and signs, refer to "The Corps" Battle Zone Tower". 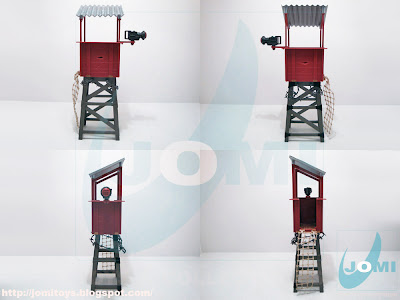 The red tower, Marauders "lookout"... Same construction as the "The Corps!" green tower, but instead of the machine gun you get a searchlight and replacing the wooden roof, you get a zinc one. 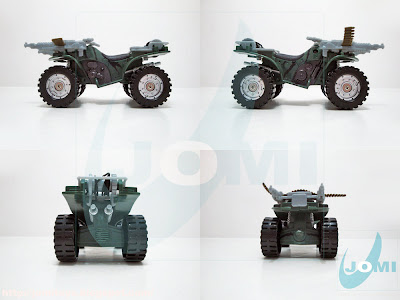 The ATV. 2003 model and still, apart from the Ferret ATV, the best looking quad out there. 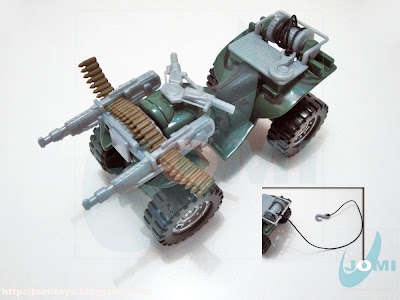 The hook detail is sweet. 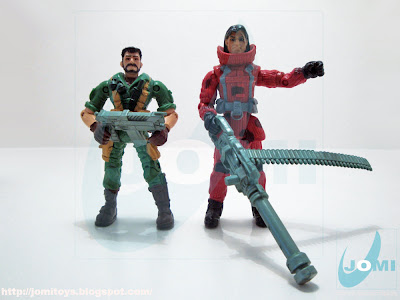 Included figures. The leaders of the 2 sides. Terra Team leader and "The Corps!" supreme commander, "Crash" and Marauders evil leader, "Ravage". Yup, the guy is way taller than most. 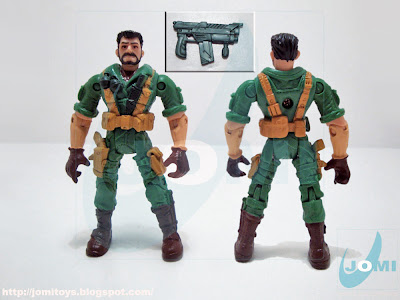 Figure: Zander "Crash" Baptiste. The submachine gun, looking like an MPT-9K, is almost as big as the common Chap Mei guns. Blissfully, it is a rare case. Most "The Corps!" weapons are, indeed, very well made. 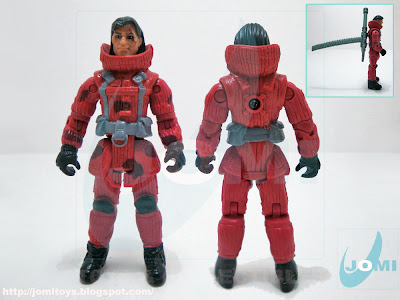 Figure: Arturo "Ravage" Zorin. The cannon/ machine gun, can be put on his back. Another remake of previous series, yet pretty good. 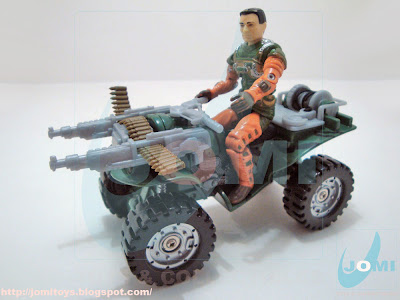 Status: Unavailable
Posted by JoMi at 6.8.10