Today we get to review the most controversial vehicle from Lanard. The central piece of a court battle between the toy line and General Motors/ AM General. 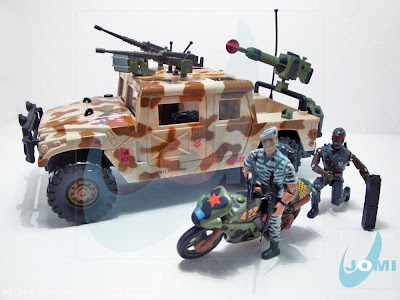 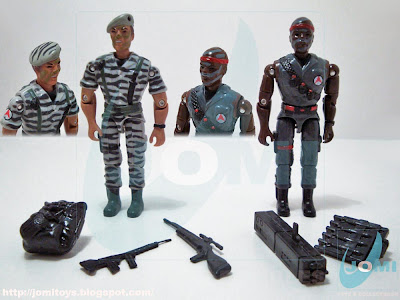 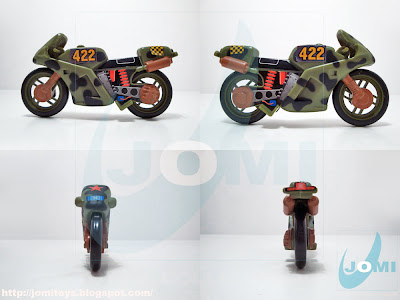 The sport bike. Another part of the Lanard´s bread and butter meal for their first 12 to 15 years of existence in the action figure market. 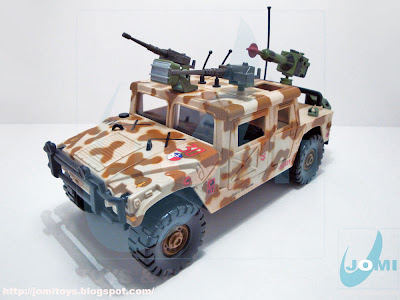 . This vehicle is now a rare piece to own since its replacement by the new Command Vehicle

, a totally non-Humvee lines armored vehicle now, since it was the major complaint which made Lanard Toys pay 1.3 million dollars to the major car companies. 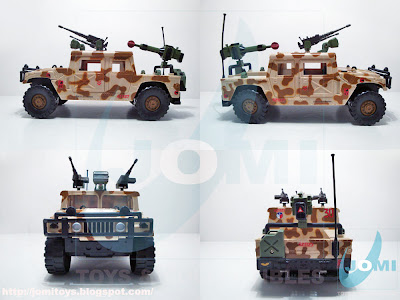 Court battles and law suits aside, this is without a doubt, one of the best Humvees ever made for action figures. 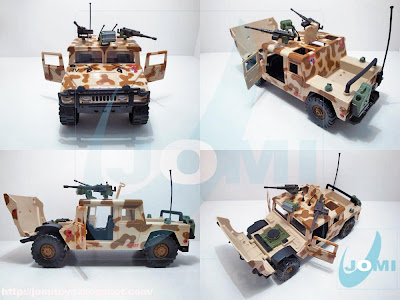 It has it all, the looks, the guns and the hatches, the opening doors, antenna. And high suspension. 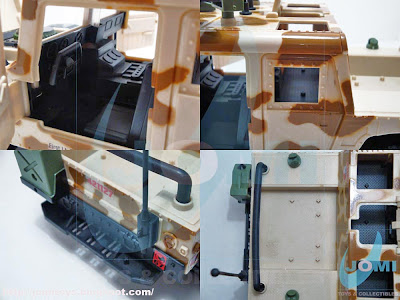 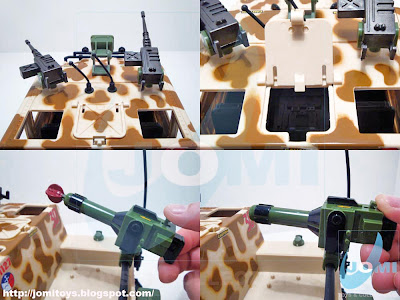 Guns and opening central hatch. The cannon is removable (fortunately). It fires a spring-launched projectile. 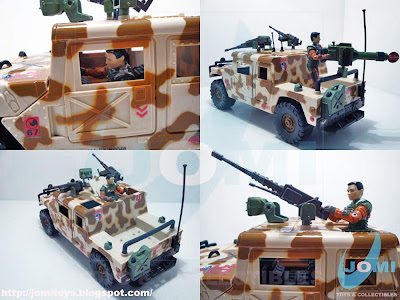 With G.I.Joe. You can hardly ask for more. 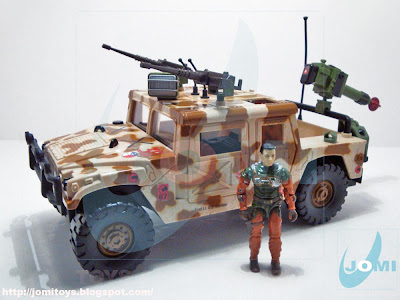 Scale shot. A must. IF you can still find it.