A more detailed review on the terrestrial weapon, the police force land set, an armored car. 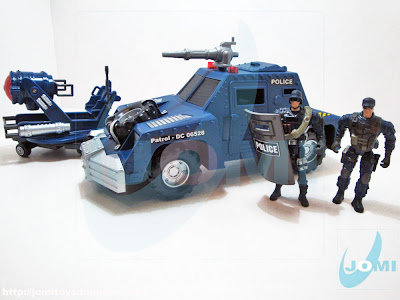 Not pictured, you also get some over-sized weapons sets. Following Chap Mei´s relative success world wide, some major retailers in Europe sold sets like CM. Some seem bootleg´s knock-offs... if you imagine that possible. In this case, CM´s biggest flaw was also copied... the hand-held weapons. 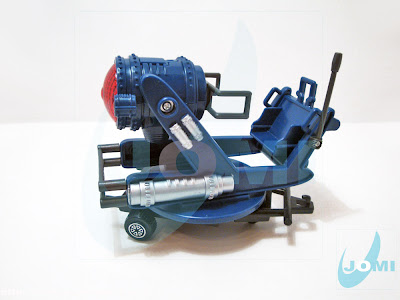 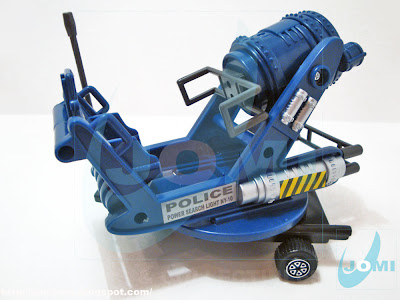 Moves up and down, and the whole set revolves around the trailer base. 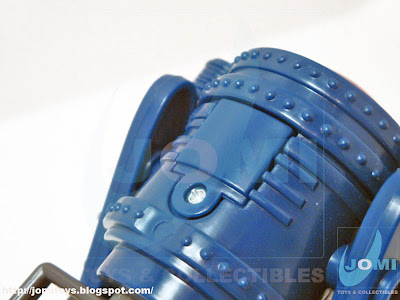 Interesting detail. Seems like this was supposed to hold batteries. Or maybe (probably) the original from which this was copied, does. 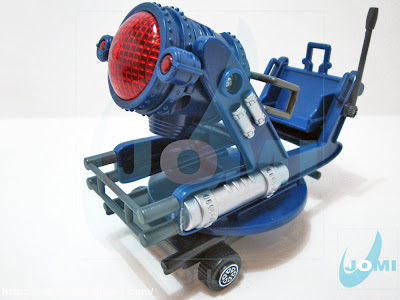 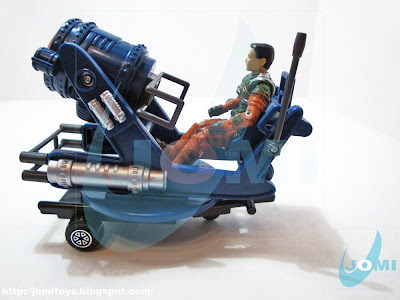 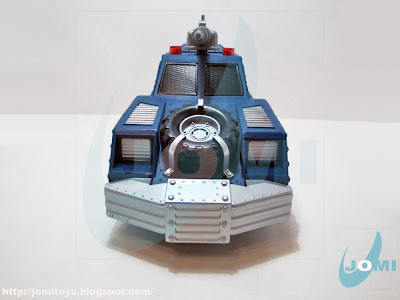 The armored car. A mad max 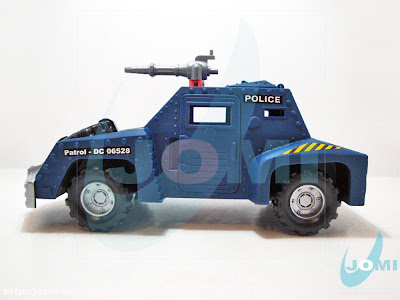 Great detailing. However, it lacks the usability it deserves. Some doors/ hatches won´t open. 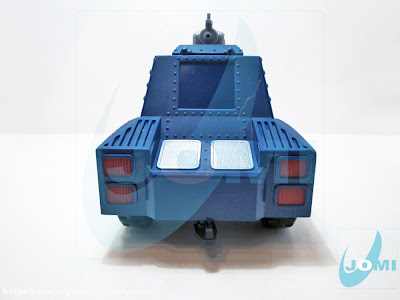 Here´s an example. It could have a little more of "moving parts". 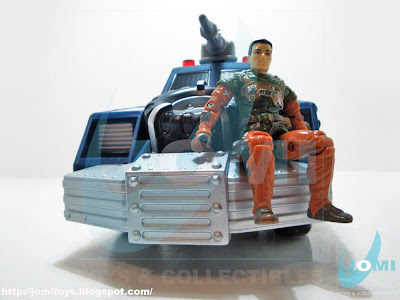 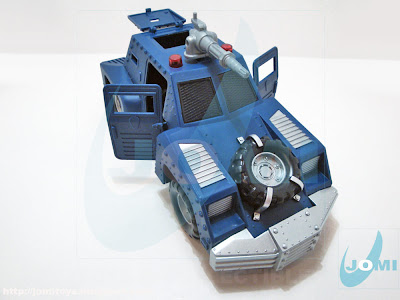 The included doors and hatches however, are cool enough for you to want it. 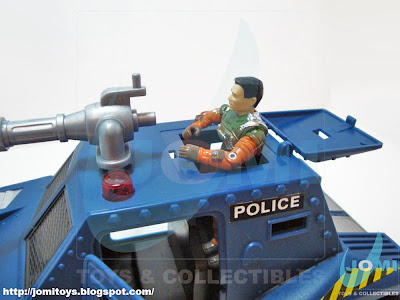 The cannon seems to be a water shooting one. It even has a hole on the back to which a hose may attach. 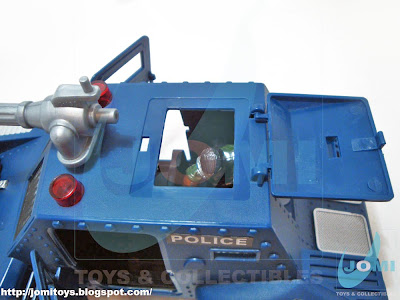 There´s a lot of space in the back. This is a rough set, but very customizable. A true diamond in the rough :) 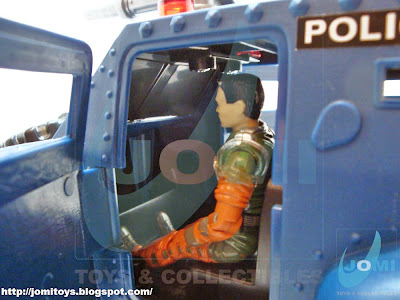 Lots of space here, too. Misses the steering wheel, though. Maybe it´s voice activated. ;)
Interesting detail, with the right light, the "police car lights" seem to be on and rotating. 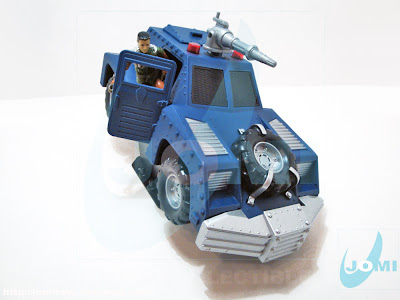 A special note about the car stand. Some of these Auchan´s sets came with an action stand for the vehicle. Very interesting concept. I just can´t but love the shots you can take. 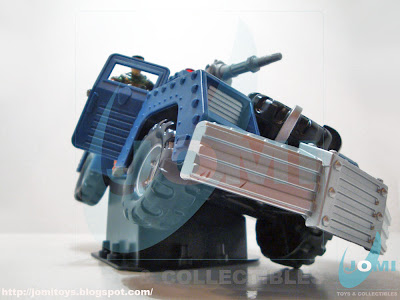