The A-10 Thunderbolt II

CAS jet fighter is one of the most cherished in the midst of G.I.Joe fans. Its Hasbro RAH counterpart, the Cobra Rattler

(and various repaints) is an absolute classic. 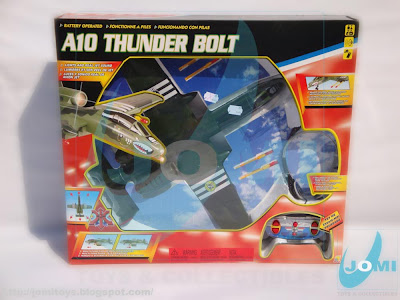 Goldlok developed this model, which, curiously... is the 2 seat rare variant of this brutal "tank killer". Only one is known to exist at Edwards AFB 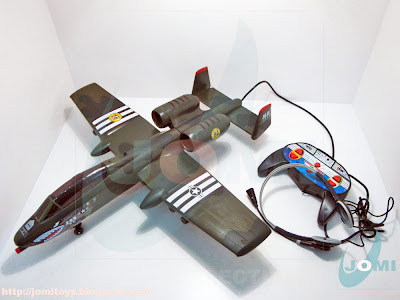 As the Apache model, this "toy" comes with all these gadgets/ RC features such as voice to cockpit, remote missile launcher, and directional control. 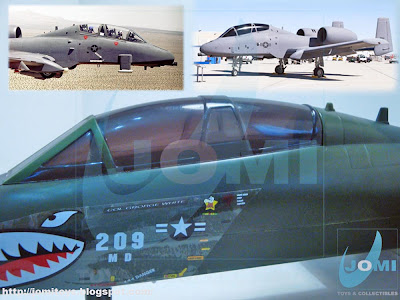 As you can see, the detail is impressively accurate. 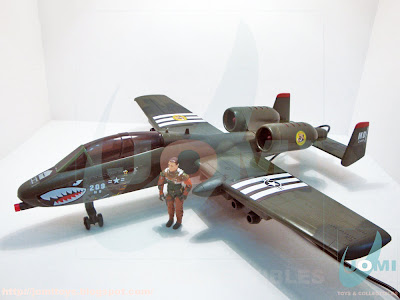 Scale shot. It will take some hard work, but it will someday take its place on the runway next to G.I.Joe and Chap Mei´s A-10s as the only 2 seat model, A-10B. 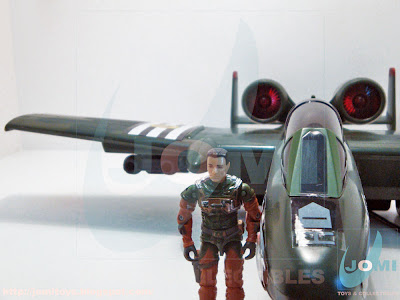 The scale is just right, and it looks good. 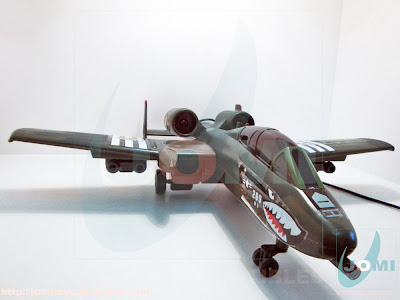 That landing gear will take some time to adjust, but there is nothing that can´t be done when you love what you´re doing... 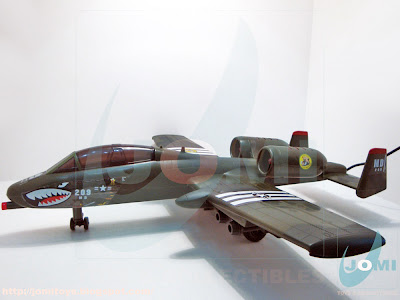 This is basically another 1/18 scale toy immediately recruited for the "Joe army". 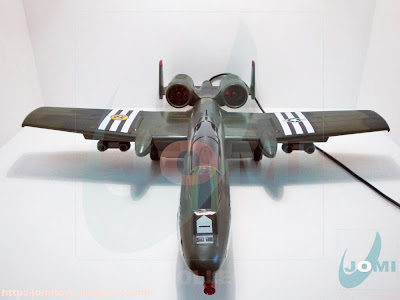 is not centered. A nice "real" detail. However, it needs to be replaced by a real looking 30mm Gatling gun. Where to look for? Chap Mei!!! 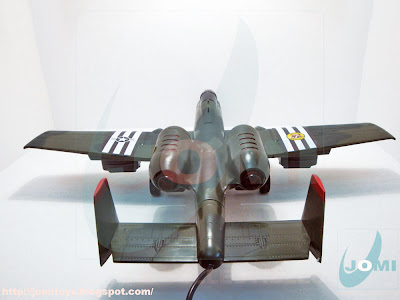 The rear shot is also cheering. As in "won´t need too much work". 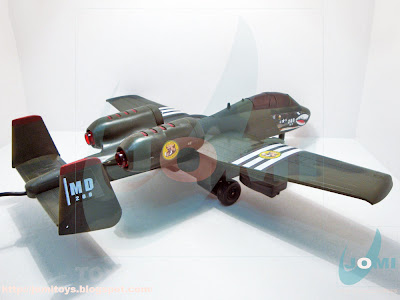 The top half of this model is just great, and the bottom will need some hard work as stated time and again. But even if it was just to be used as a grounded aircraft... and especially as an A-10 absolute fan, it´s worth it.