Another "Bravo Team" item, and yet never "just another" toy. This Hong Kong company M1A1 Abrams is, for some reasons, one of the most impressive tanks I was ever given the chance to review. 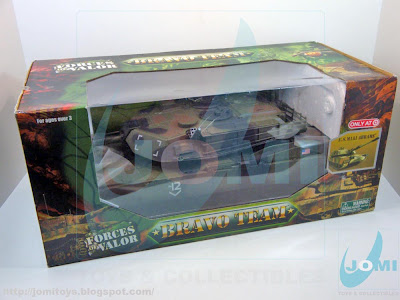 First off, it´s the sheer size of this thing. We´re used to see "Abrams" toy adaptations here and there, and you can see some of them here at JoMiToys, but other than 1:18 models, never something this big for 3.75" action figures. And this takes me directly to the 2nd reason. It´s a toy. Meant to be a toy but like they say "created with the military enthusiast in mind". A toy/model and not the other way around. And it looks great! 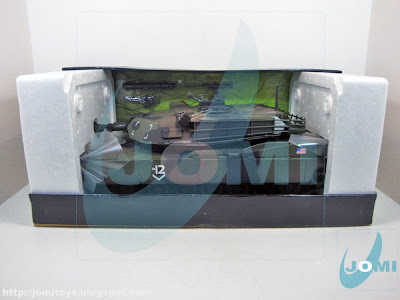 colors, this model has a variation in "desert tan" camo. Much like the pair of M3A2 Bradleys this "Forces Of Valor" line packs. 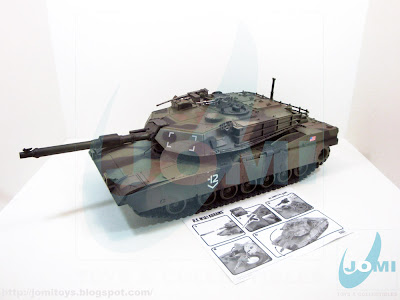 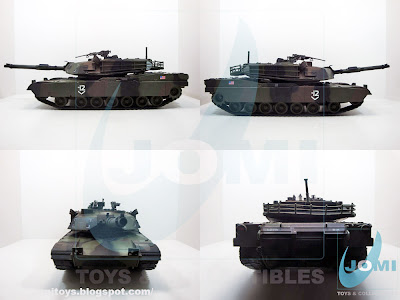 Every angle you look at it, you have the feel of a real "armored beast". The front shot is almost scary. I "pity the fool" who has to see these in battle as enemies. 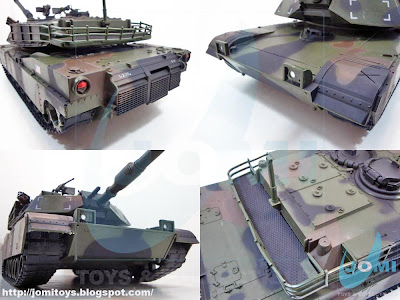 Detail shots. Top right picture showing the driver´s seat. Hatch does not open. A shame, and perhaps this MBT

deserved it, but I´m not complaining. 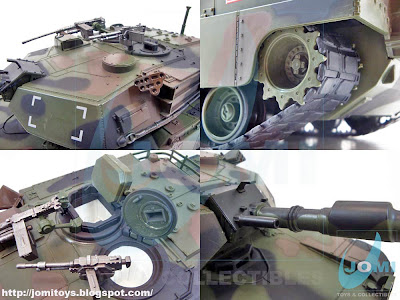 120 mm gun. The detail is amazing. However, fortunately well inside the boundaries of toys. You can see it as a spectacular toy and not as a "fair" model. There´s still room for improvement and customizing. 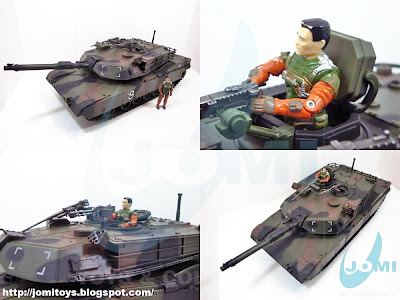 Scale shots. This thing is a mammoth... well... just like the actual thing. Heavy and ready for battle. Absolutely great piece of work.