A 2nd version of the "similar to Lara Croft´s Land Rover Defender TD5 Hicap", this set not only comes with camouflaged and gun equipped 4X4 but also a great looking SAW gunner and a mobile AA gun emplacement. 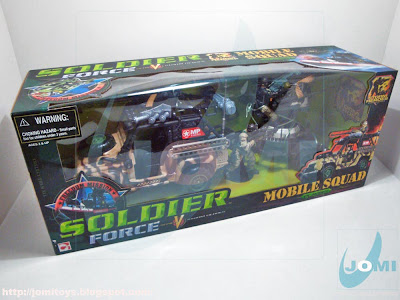 Soldier Force V series brought us a lot of great new vehicles and figures but some of the Chap Mei "hall of fame" reissues were also available. For those who could find them. 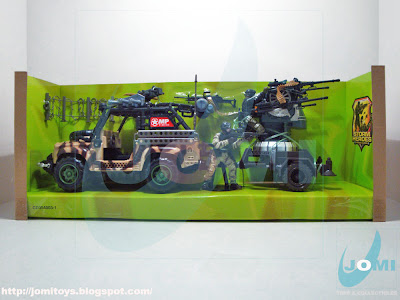 This jeep was one of my favorites when I purchased its 1st edition (Dino/Wild Quest) around 2001 when the movie "Lara Croft: Tomb Raider

" came out. The "Quest" version even comes with the lighting system on the top grill (here replaced by a .50 turret). 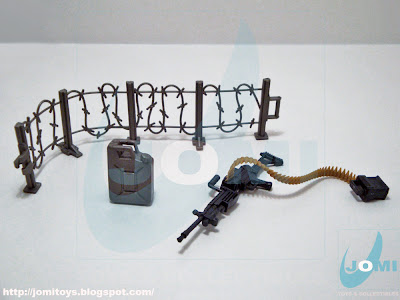 The good ol´barbed wire and the (unfortunetely) oversized SAW gun. 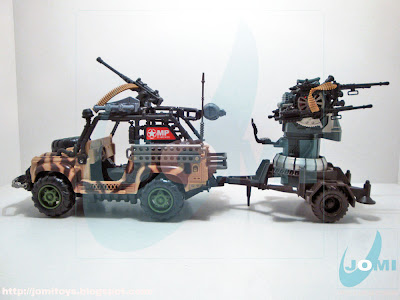 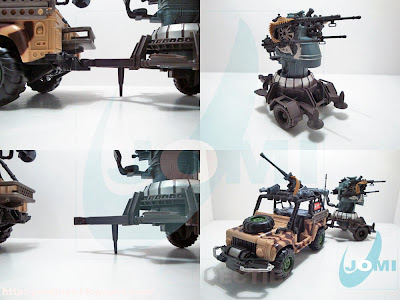 Connected and disconnected to the vehicle. The stabilizers do not extend. It´s a shame. The design is interesting, although somewhat basic. The AA is the same mold used with the "Strong Garrison Playset", however, this one does not have Sound F/X. 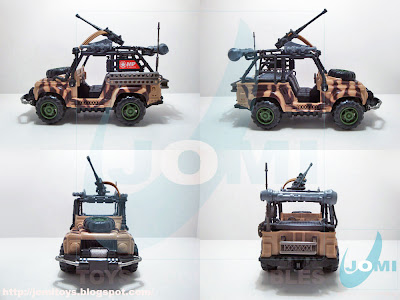 4 views. The top grill, as said before, is the major difference between this and the previous models. 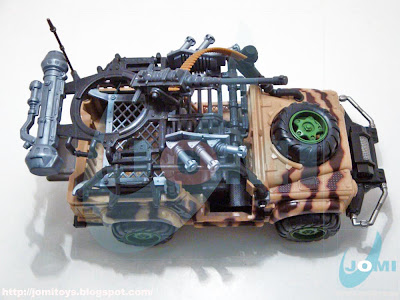 This one features a .50 Cal gun emplacement and a "M47 Dragon- like" Anti-Tank Missile Launcher. This particular item was available since series III but the mold was far better and functional. This one is just for show. 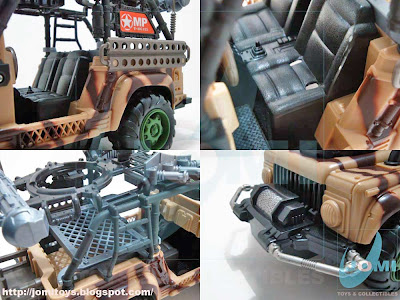 Some detail shots. Again, the use of slots for strap/ seat belts for the driver. (if you´re riding shotgun you better hold on to your... shotgun). 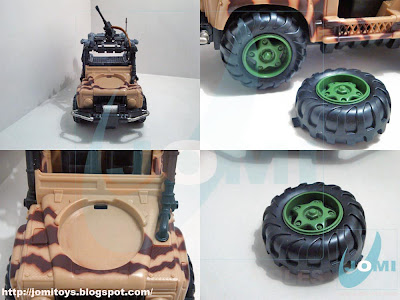 Not supposed to take off, but I couldn´t resist to see how it would look like without the spare wheel. And while at it, comparing to the real wheels. Not bad. 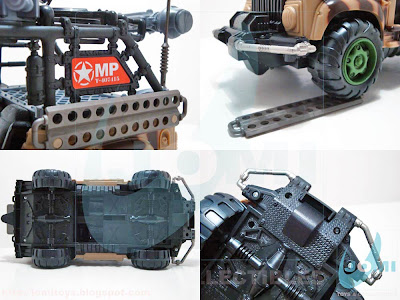 Some more details. Interesting how the front grill has so much detail even on the undercarriage. 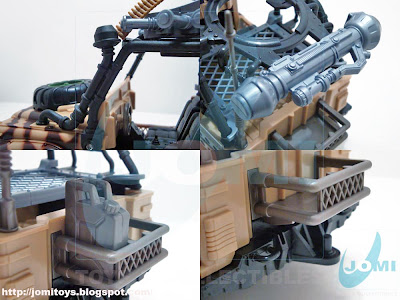 Yet more details. The grill holds 2 fuel cans, although it only comes with one. 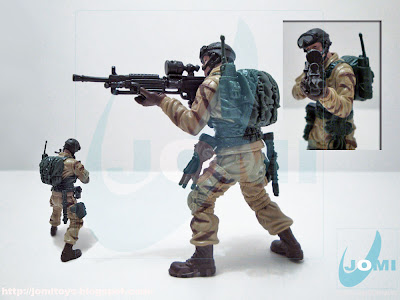 The SAW gunner. (SWAT line has a repaint named "Rifleman Phil"). I would be absolutely impressed if it wasn´t for the minor detail this guy has the same articulation of the new "western line" figures. Brilliant details, tho. 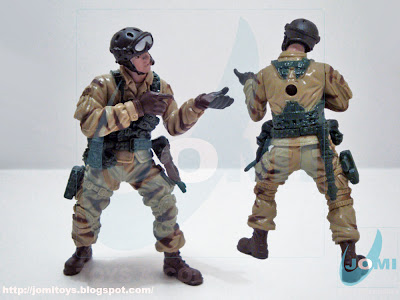 The figure looks like Army Delta. But I don´t know. Maybe a mix between a lot of stuff. Looks good. Too bad it´s only good for a diorama. Stationary. 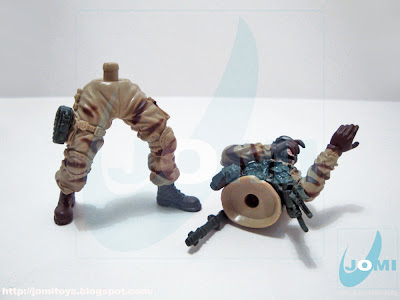 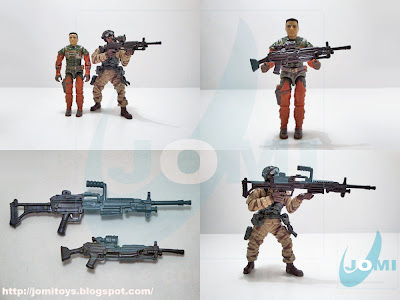 Now this is worth reflecting on. Down left, the difference between the figure´s SAW gun and the common Chap Mei SAW gun (and pretty much every other gun). And how the figure looks holding one and the other. I have no clue why CM does not make these great looking weapons in a smaller scale to fit the figures. Sometimes they put out some figures with proper scaled weapons and it looks like its a message. "See, we can do it". So why don´t they? 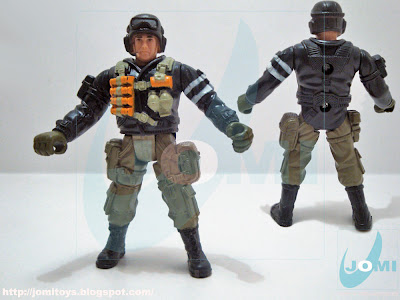 The other figure: "Lieutenant Cooper (tank commander)". For more details on this figure, refer to Soldier Force Deluxe Combat Vehicle Playset - Tank. Another repaint of the series III group. 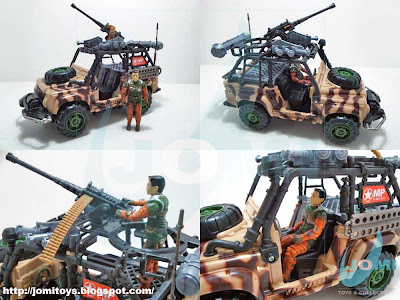 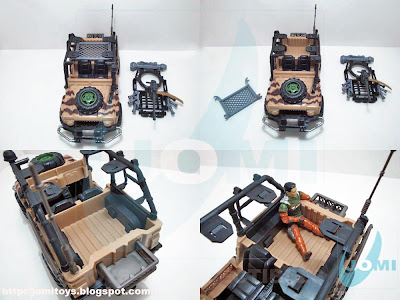 A lot can be done with this all terrain-vehicle. Another thumbs up for Chap Mei.

Status: Unavailable
Posted by JoMi at 2.8.10