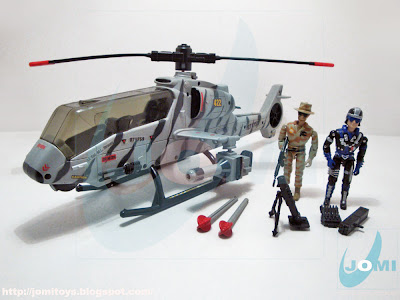 Following the G.I.Joe Dragonfly footsteps, to say the least, this Bell Cobra

-inspired helicopter was(and still is) a welcomed addition to any Joe army. 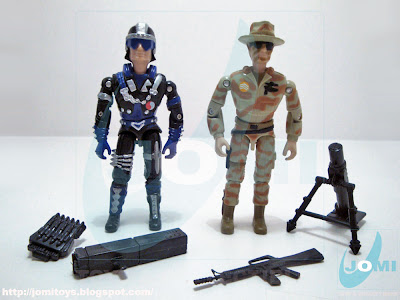 Figures: "Crowbar" and "Jones". Both vets from the original series, were then (1996) repainted. 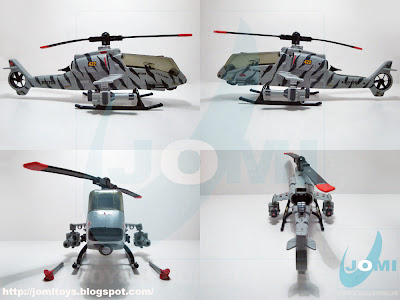 4 views on the Helicopter, with mounted cannons. 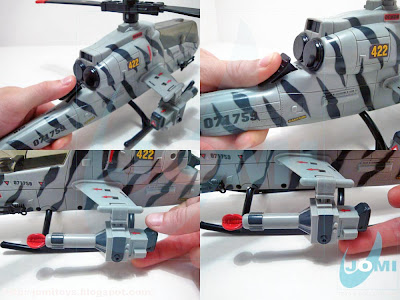 Spring actions. When you pull the lever, and release, the rotor blades start spinning. A decent variation from the Dragonfly, plus this lever is perhaps better located. The missile launcher is pretty much what you see. You put the missile inside until it clicks and push the button. 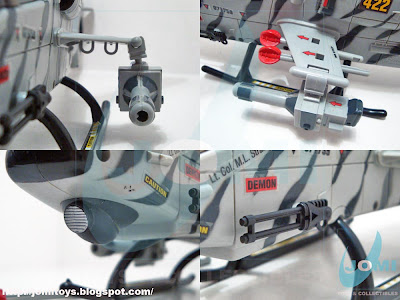 Wing nest empty, loaded, rotating scanner underneath the nose and side cannons. Some cool details. The tail rotor is another nice variation from the Dragonfly, the air intakes are simply sculpted there, you don´t pull the panels away like the G.I.Joe XH-1. That´s a minus. Also, there is no hook like the Joe assault copter had. 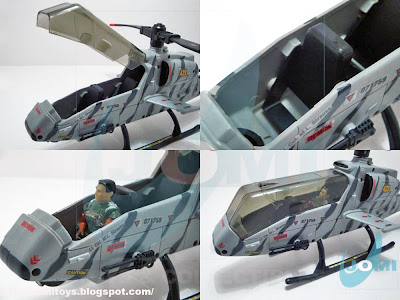 Cockpit shots. It is a little bit larger than the reference XH-1, and you can fit pretty much any 3 3/4" figure there unlike the Dragonfly which seemed to be built for thin people. However, the Cobra

IS a tight vehicle to be in. Bottom line, if you can, get them both.

Status: Unavailable
Posted by JoMi at 4.8.10