Another re-paint of the previous (and still one of the best) LSV model. Police Force colors. 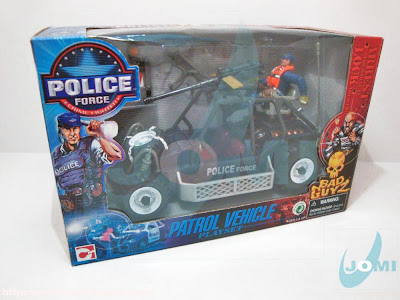 The "Patrol Vehicle Playsets" were a great thing. Sure, Chap Mei "fans" can still find a big playset including some smaller items such as this one, but it´s always great to be able to choose how to invest if your funds are not unlimited. 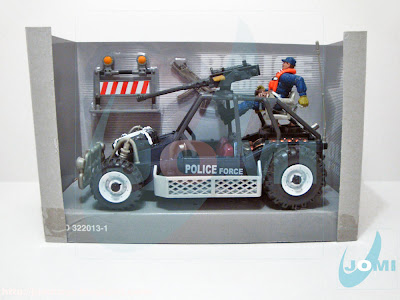 A small note about the inserts. Police Force or Bad Guyz... the star or the skull... the design is simpler and more cunning. 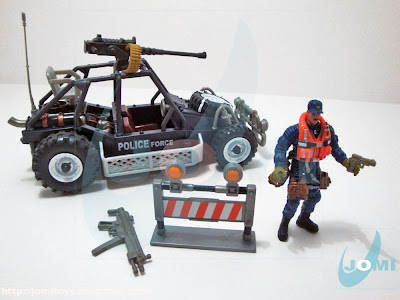 Contents view. That submachine gun... well... they probably have them by the millions. 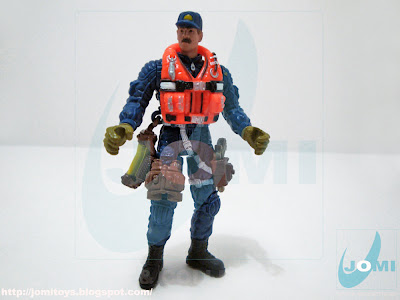 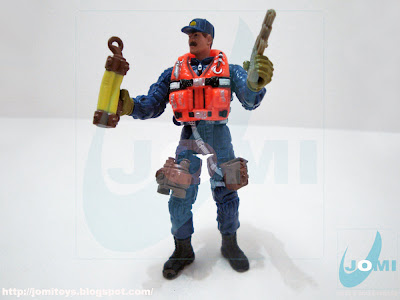 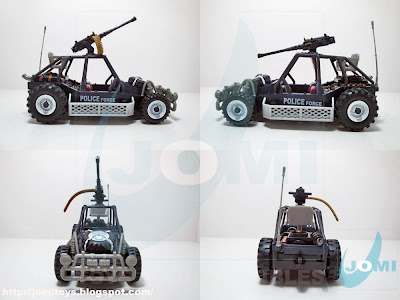 The front grill appears to have a somewhat different detail than the older version. But it´s actually the differently chosen plastic material. 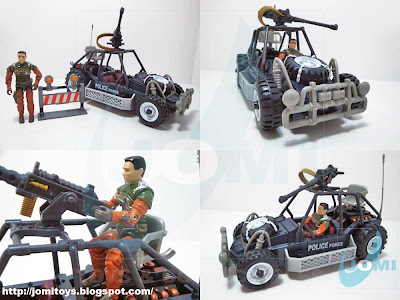 This was one of the most wanted CM vehicles by Joe fans. You can guess why. The scale is near flawless, and the .50 cal mount can easily be changed. If only that gun was half the size we´d be looking at a near perfect vehicle right out the box. 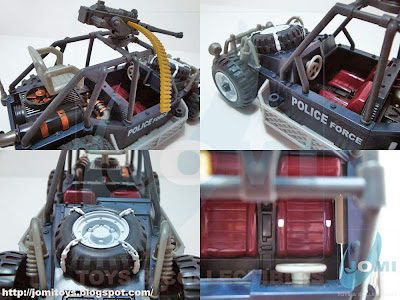 Some more details and views. The sculpting and modeling on this one was taken seriously. Like said before, too bad about the giant "fifty".

Status: Unavailable
Posted by JoMi at 1.8.10