We all had plastic toy soldiers. By the bag, in tens or tons, I´d say it´s safe to say over 90% of us had quite a few. And those who didn´t, know what I´m talking about. Back in the 80s, it was mostly US, French or British forces vs the Nazi side. Usually, the jeeps and tanks and trucks were all about the same scale. The one thing which used to change was the color. From blue to orange, green, olive green, whatever. To my astonishment over the years, companies (low budget) started to include vehicles 10 times the scale of their "human" counterparts. And didn´t seem to mind. And apparentely neither did who bought them, because they keep on coming. Thing is, one day I was checking out some Toys R Us, and I found a bag of these soldiers... with this jeep. 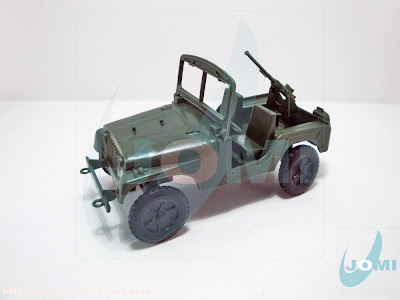 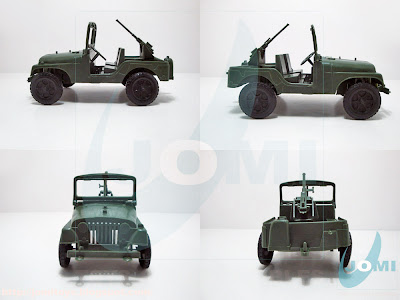 The wheels, and gun are a BIG no-no. But there is a huge potential concerning the jeep´s body. 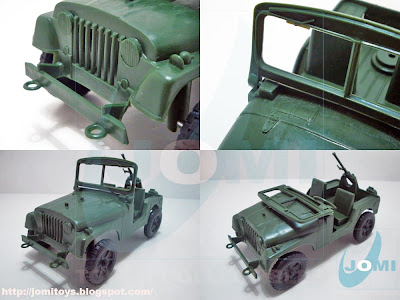 Considering the context, the price (around US$5 for the whole bag of plastic soldiers... and the U.S. flag, of course), the purpose of the purchase... It was worth it. A Willys jeep is that kind of vehicle Hasbro never did. And let´s not get carried away and think Grizzly SS-1. 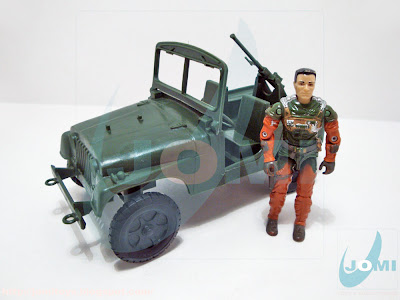 Scale shot. Besides new wheels, some dressing and painting, it´s pretty much there. 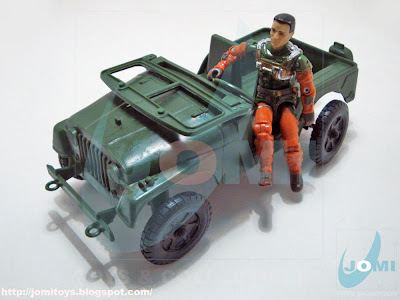 You can even put a .50 cal up there and make it really aggressive! So check your local Toys R Us for one of these. If you think you´re up to the challenge...

Status: Unavailable
Posted by JoMi at 9.8.10