Circling back to 2008, we now look at "Conflict Response Mission" set. 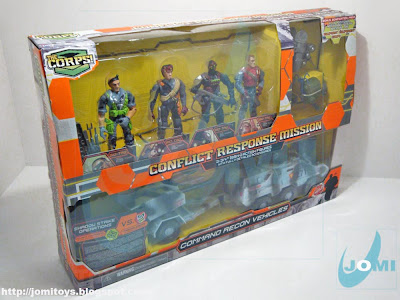 This bundle was composed of 4 figures (3 good guys and a bad guy), command recon vehicles and a bonus equipment. 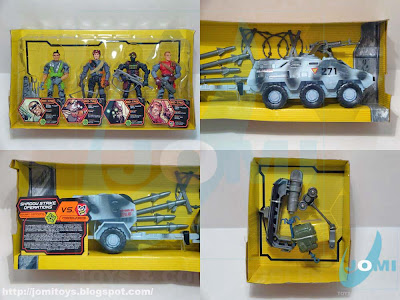 The set composing parts. Apart from the figures, the pieces were repaints of previous sets. The climbing/ zip-line equipment was pretty much the same Chap Mei had a long time ago in their first "Military Tower Set". 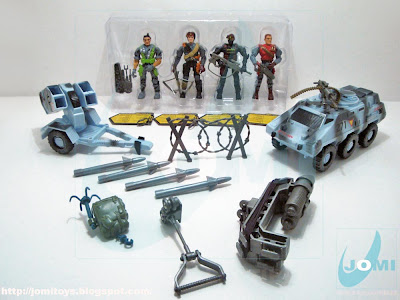 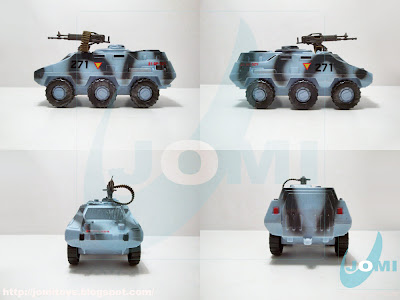 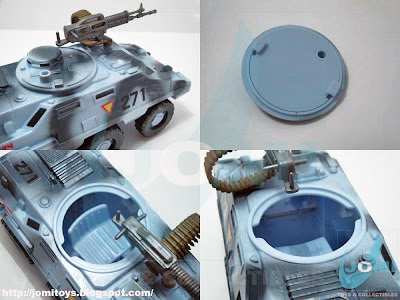 Turning clock or counterclockwise the hatch makes it come off, hence revealing the interior with a chair to sit you 3 3/4" figure. 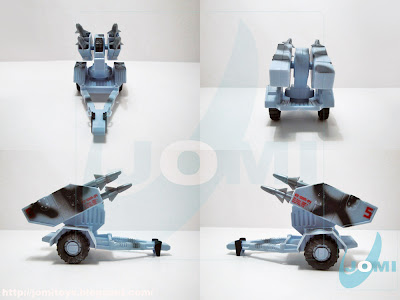 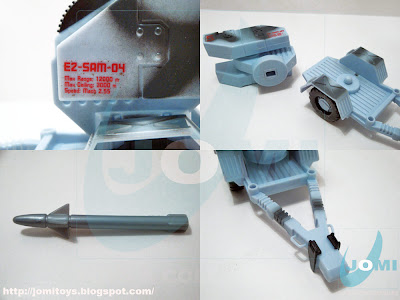 Besides the ability to be towed everywhere and shoot loose missiles, to turn the site 180º, you need to pull it off its base and push it back in. Not the best idea. 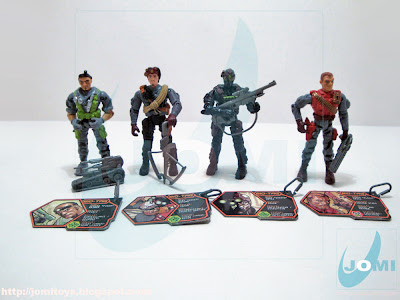 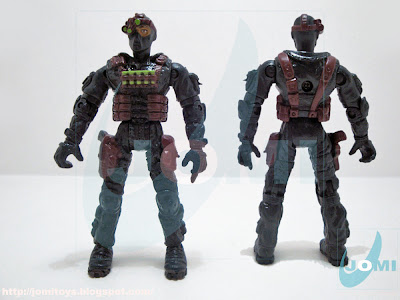 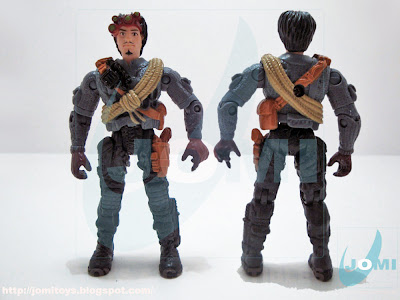 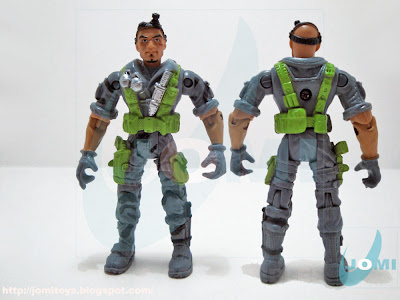 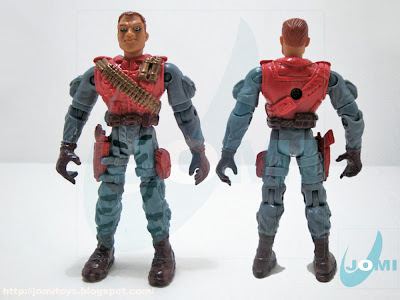 Status: Unavailable
Posted by JoMi at 3.8.10