One of the most admired Chap Mei items ever, and for some, the top of armor vehicles from the Asian brand, the Deluxe Battle Tank. According to our friends at "Small Scale Military H.Q." and especially "Ta-152" there, this tank is based on the Israeli Merkava. 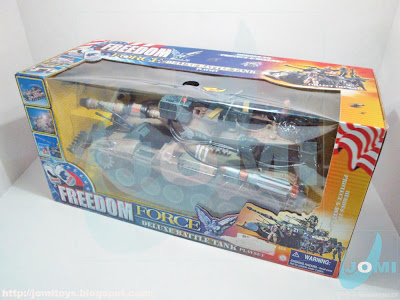 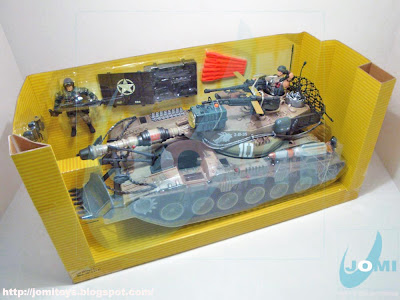 Personally, I was looking for this tank since its release until finally finding it last year (2008) during the always beloved Christmas season. Cost me over US$50 but I figure it was well worth its price. For all reasons but mainly, because it is a beautiful piece. 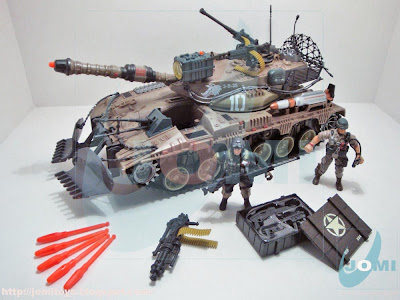 Contents view. There are two versions of this tank so far (as of 2010). This desert camo one and a jungle camo numbered "21 with a picture of Rhino head"  instead of the "10 Wolf" here presented. 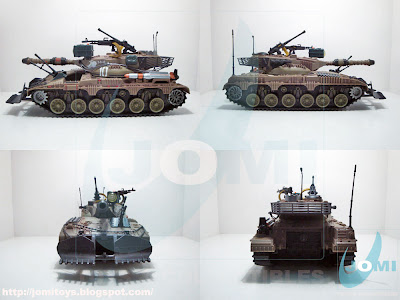 There is not one angle in which this vehicle doesn´t seem cool. 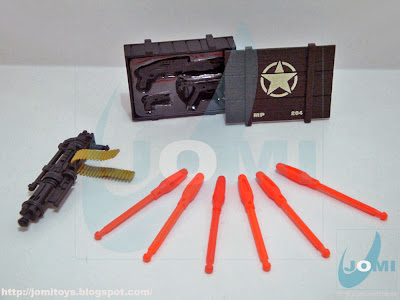 Accessories. The common ones. Weapons crate, missiles (since the cannon is spring-loaded) and big gun. 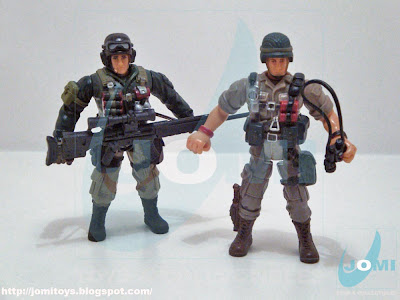 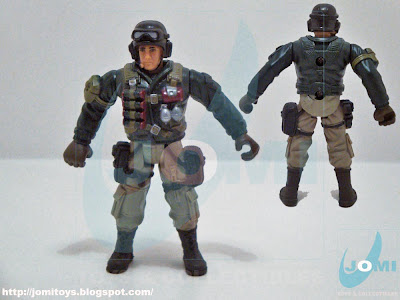 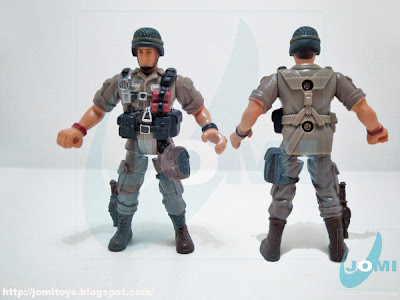 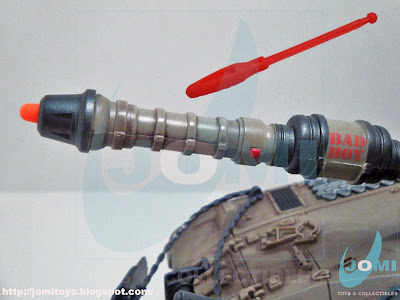 Loaded main gun, missile view. The projectile can be fired by pressing the small red button. 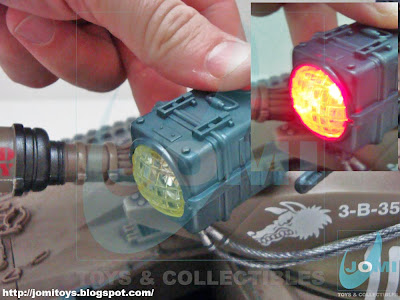 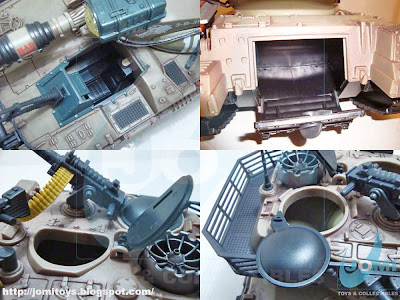 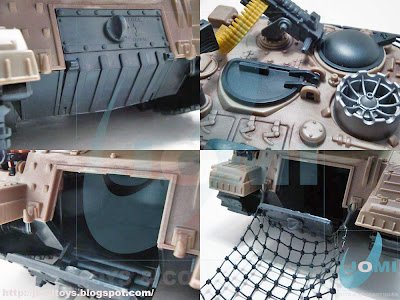 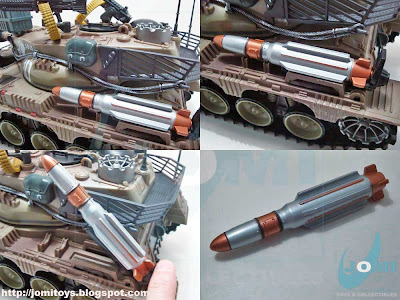 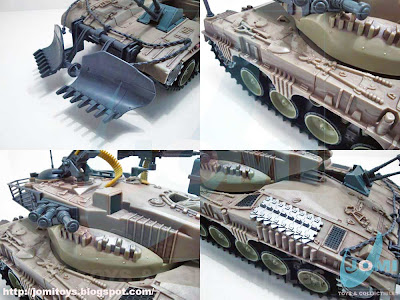 Some details of this great vehicle. 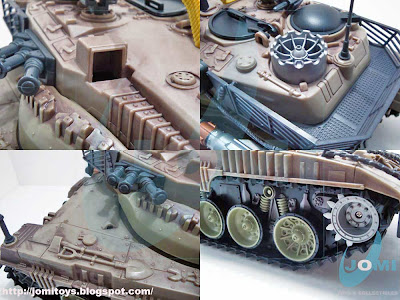 Some more details, especially focused on the surface sculpting. 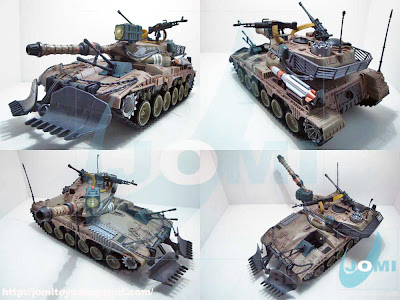 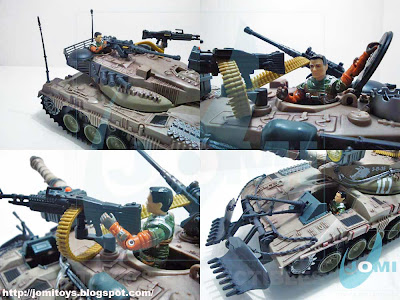 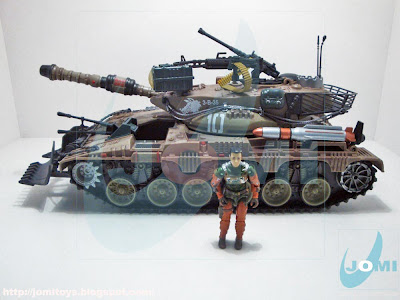 Status: Unavailable
Posted by JoMi at 7.8.10