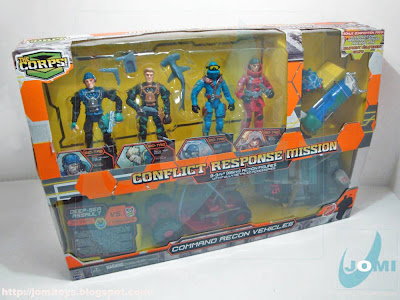 This box reminds me of a "starter´s set" of "The Corps!". It has everything needed to start the "fever". 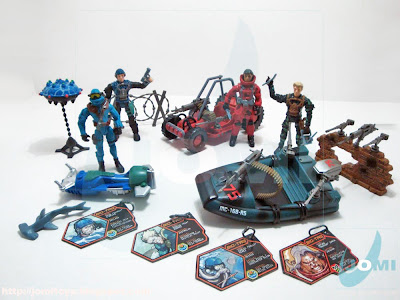 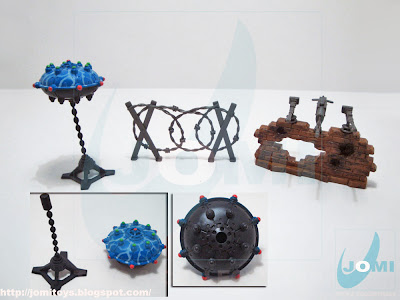 Included accessories. And floating mine. You can detach it from the chain. The barricade and barbed wire included have their roots back in time, but still look usable. That´s one thing Chap Mei and Lanard have in common. Lots of extra accessories to distribute along upcoming series. 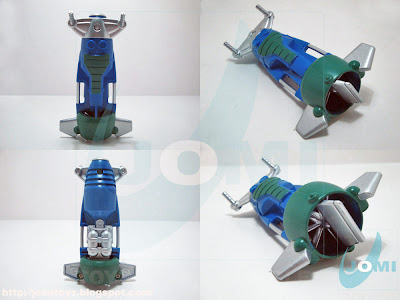 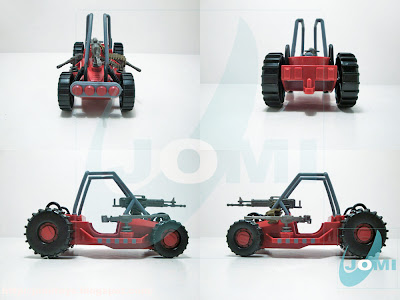 The "micro-LSV", a "Marauders" incursion vehicle, is another repaint from former sets. 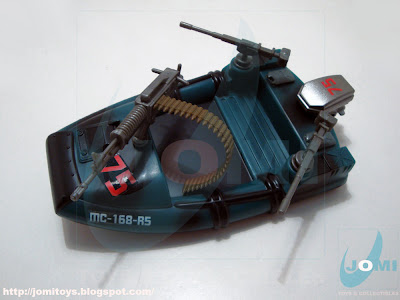 The raft, or "Dinghy", present in this set looks somehow under-scale. A shame, since the mold itself is rather interesting. The square front is not something we often see. 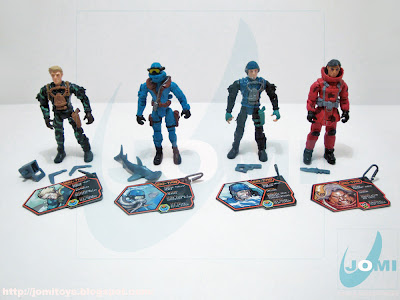 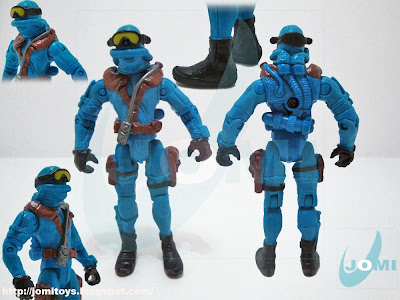 Carlos "Gills" Perez. A nice-looking military diver. A repaint from the original "Gills", this one has a solid cyan color making it neutral and more, so to say, timeless. 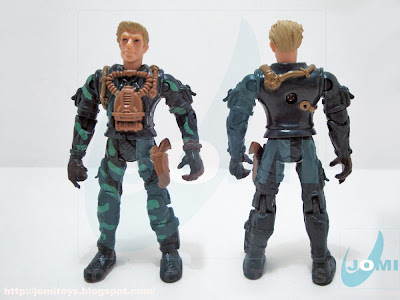 Marcus "Rip" Dundee. Funny the guy´s weapon is the boomerang and his last name is Dundee... they should have given him a pet croc.

Note: All the other figures have already been reviewed in previous posts. Please refer to "The Corps! Rapid Assault Patrol Boat" and "The Corps! Battle Zone Tower - Marauders" posts for further details. 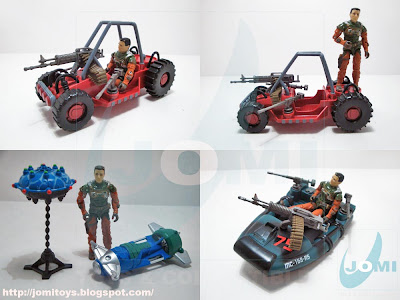 Status: Unavailable
Posted by JoMi at 8.8.10