"Whiking" is a concept combining two sports; bicycling and sailing. However, this vehicle is motor-equipped. So that the (Bad) guy won´t run out of propulsion. 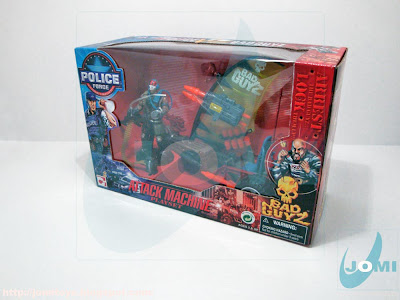 I basically try to get one of each vehicle Chap Mei puts out there. And they have to be Joe-usable in some way. This was one of those cases. 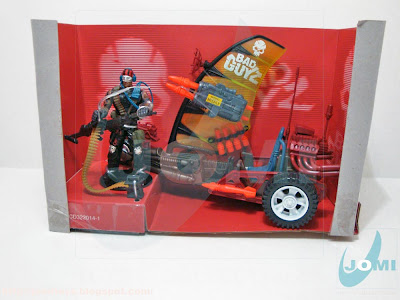 Either for its whole or simply to use as parts fodder, this is a good and capable item. 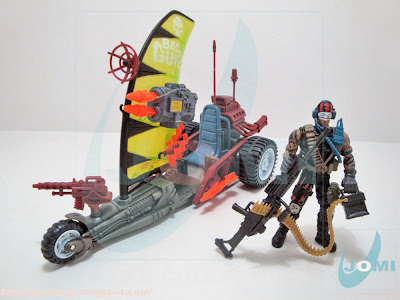 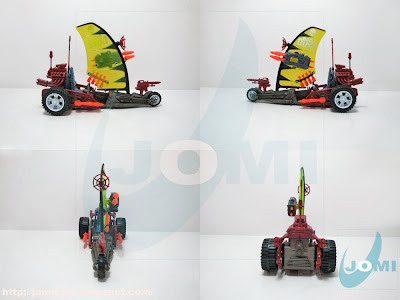 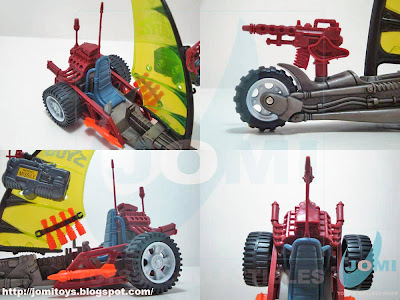 Some details of interest. Note: The missiles are very hard to take off. They seem to be made to stay there for show. A minus. The plus note goes to the engine. An 8 cylinder. With that thing there, the sail seems to be there simply to hold the missile launcher, grenades and "Bad Guyz" logo. 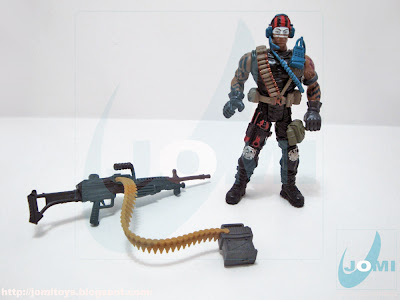 The figure: "Foul Play Nick". A repaint of previous "Quest" lines. The weapon, however, was a (then) new SAW machine gun. Too bad it was 100% too big. 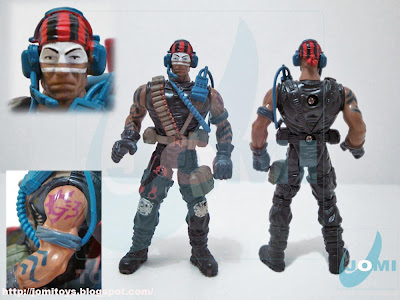 A nice paint job, especially the tattoos and the "Adam and the Ants 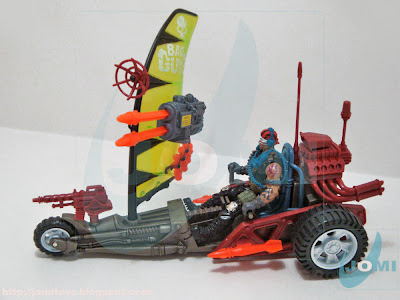 The figure fits perfectly in the vehicle. The throttle and joystick handles are firmly gripped and the guy looks made for the job. 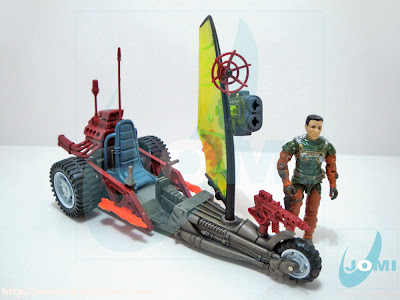 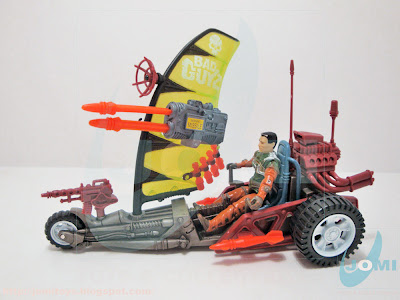 In this case, with a G.I.Joe figure, you´ll need some customization to fit it perfectly. But the main thing is already there: The balance between vehicle and figure scales.