Going back to the very beginning, and filled with nostalgia, the line which started it all. Soldier Force (now we can call it series I). 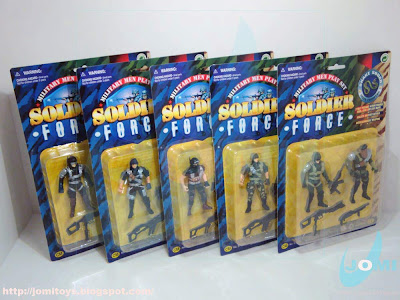 2-packs from the "Snake Squad" team. There were 3 original banners/ team flags. Besides "Snake", there was "Thunder" and "Tiger" squads. However, I never saw these last 2 around before series 2 came up. Until further information, it appears that those 2 squads were a preview for upcoming sets. 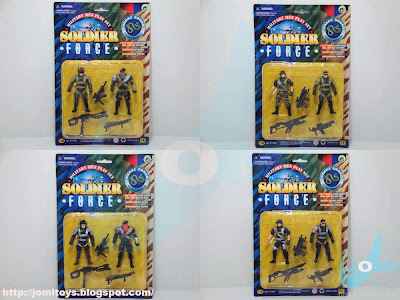 Above, a comparison between the same molds with different paint schemes. Until Series III came up, these were the figures used with pretty much every set. Even the same color scheme sometimes had different paint quality (or colored plastic). 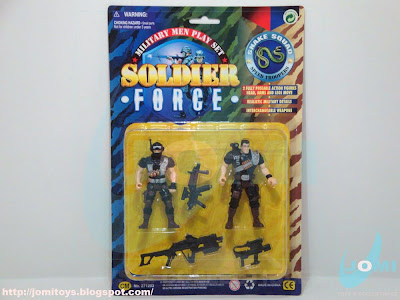 These, for instance, were mainly black with silver and gold detail. And again, "Snake Squad" markings on the card. Again, out of curiosity, and as seen in closer detail in the "Soldier Force Snake Squad" post, the Chap Mei logo/ brand (bottom left) "CM". 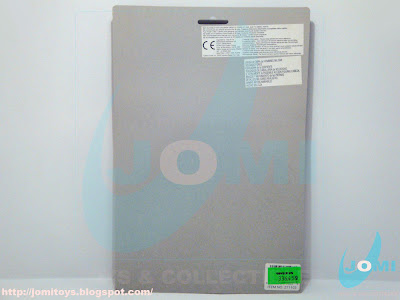 The back of card is pretty much what it still is today (Soldier Force VI, for example). They never put much effort (design investment) into these. Just like they do with their toy action figures articulation, actually.

Status: Unavailable
Posted by JoMi at 1.6.10