This one about a repaint of the first Chap Mei true "ace". Their version of the Boeing Vertol "CH-47 Chinook". 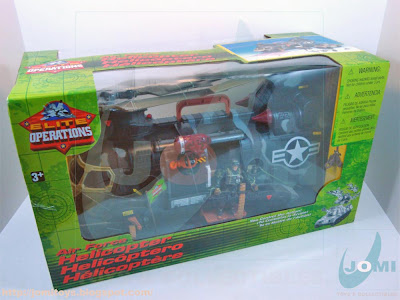 Still available with "True Heroes" colors, this set is an absolute must for any 1:18 (toy/model) enthusiast and especially, RAH G.I.Joe fans. The first version I ever got to hold was from "Wild Quest" line and yellow in color: Wild Quest Rescue Patrol : Transport Helicopter 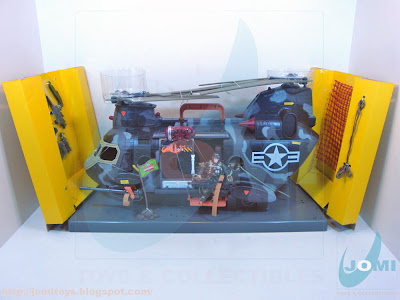 Not only the toy is an almost direct tracing of the original, even the base is there. That huge gray (the originals being black) smooth base makes a beautiful display. 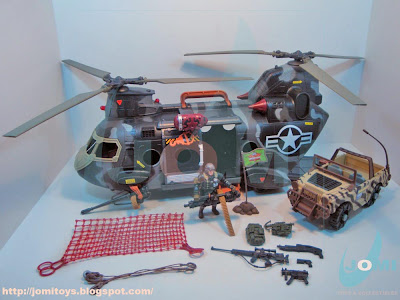 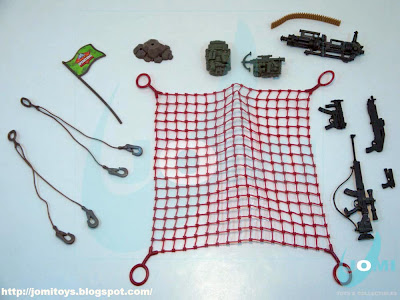 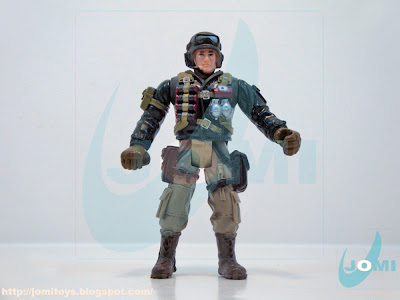 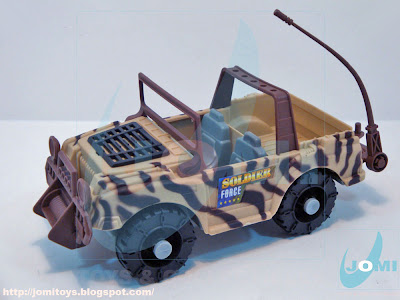 Jeep. A repaint from the original first Chap Mei series. Police, Soldier, Dino, Wild etc. Back in the day, this thing was part of Chap Mei´s bread and butter. 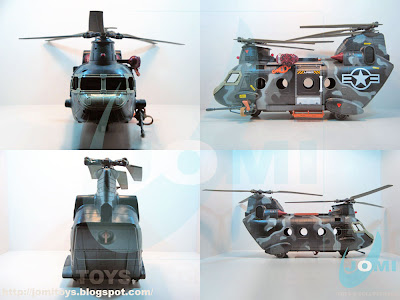 A decent (and for years sought after) Joe army addition. Easy to customize or use in this fairly great "Delta" paint scheme. 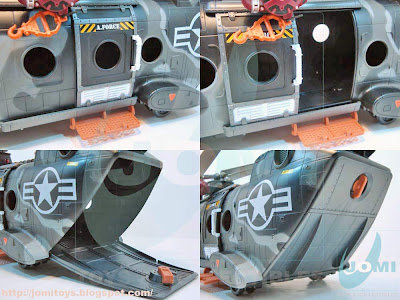 Doors. The whole thing seems to be used to design the fan´s favorite "Osprey" (refer to "Soldier Force Osprey" for comparison). The cargo bay is pretty much the same size and molding but this one has the advantage of that rescue/jump sliding side door. 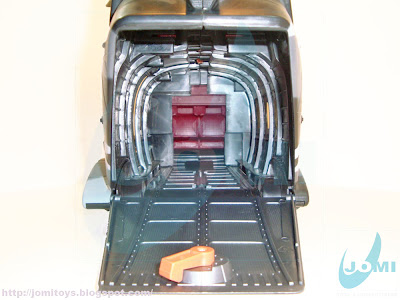 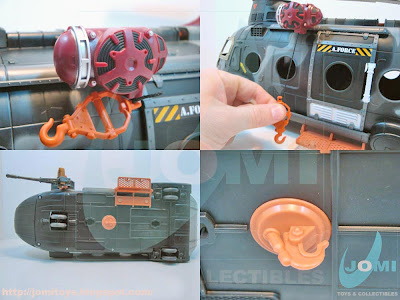 Hooks. The rescue hook has a wind-up motor. When pulled, goes back up (with an irritating noise). The belly hook works exactly as shown in "Soldier Force Osprey" with all the exact same accessories. 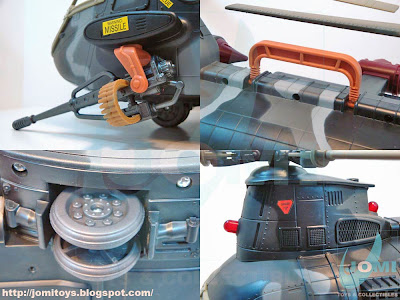 Interesting details. Side cannon, handle (it´s a particularly heavy toy), wheels (again, same as Osprey´s) and the front engine detail. Note that the 2 Light&Sound buttons are not there. This one is not a SFX toy. Those buttons were removed and replaced by small panels. 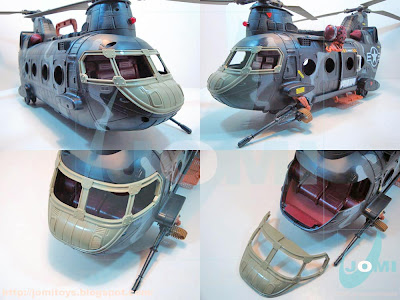 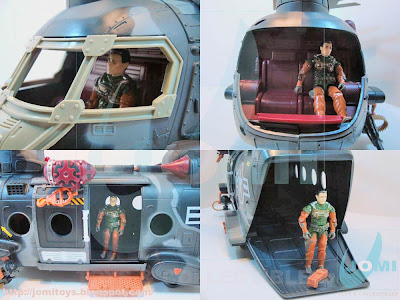 Scale shots with a RAH G.I.Joe figure. This baby´s big. And very useful for either Joe or Cobra purposes. 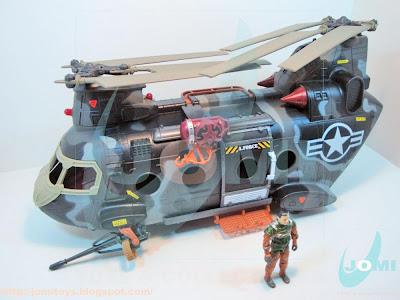 Scale shot with retracted rotor blades. I´ve said it before, I´ll say it again... a MUST.

Status: Available through Amazon.com
Posted by JoMi at 13.6.10