When we got the chance to get a glimpse at the Adventure Man 6-Packs we had an overview review, per se. Today we get the chance to have a look at the one figure responsible for the purchase of the rest of them. 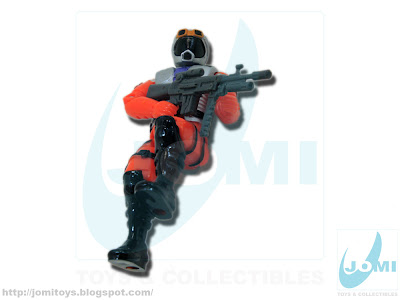 These figures came in different sort of packs, from the single boxed (not MOC) figure, to the 6-packs, I regret not getting more of these back in ´97. This particular figure is very cool-looking. The colors, being bright, give it a nice contrast with the included blacks. 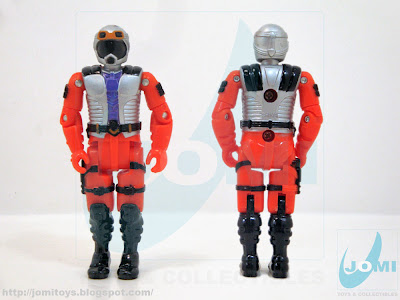 The figure appears to have its lines designed after the 1986 Hasbro´s G.I.Joe Cobra Viper. And that´s exactly why I say I should have gotten more. This figure makes a great shock-troop army builder.Weapons were not particular to this or that figure, it was common to see the same figure with different sets, so that´s why we´re reviewing the figure alone. 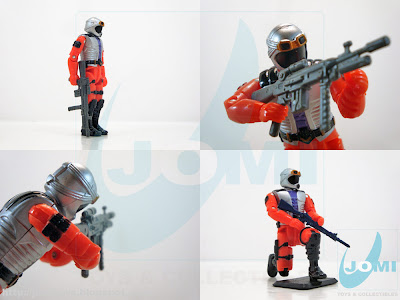 As far as poseability goes, the articulation is considerably limited when compared to the O-ring figures. The waist does not move and the legs have a couple of articulation points. Good enough for many purposes. Head is ball joint, so that´s good.

Note: Weapons and stand are from Hasbro´s RAH G.I.Joe line.