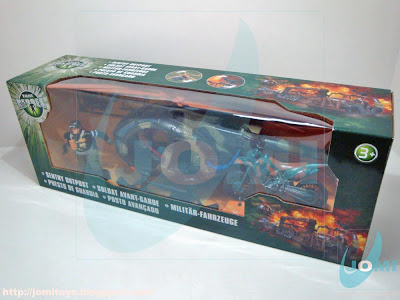 Sentry Outpost playsets are a great thing. I´ve had the opportunity to refer that aspect in past posts. These are lighter in terms of cost and you can therefore, get some serious reinforcements for your troops. 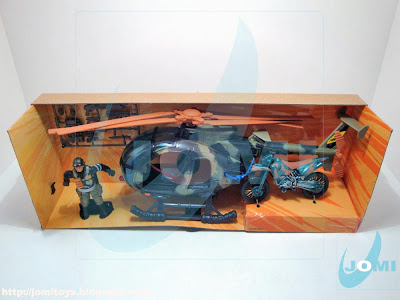 When compared to the improvements Chap Mei "pure blood" sets have on the insert level, these True Heroes are still way behind. Maybe it´s not a big deal. However, it´s always pleasant for a collector to hold a good looking box these days. 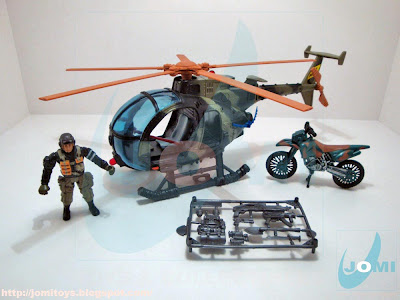 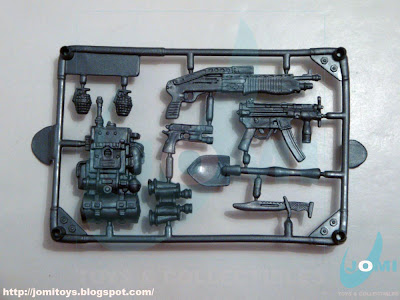 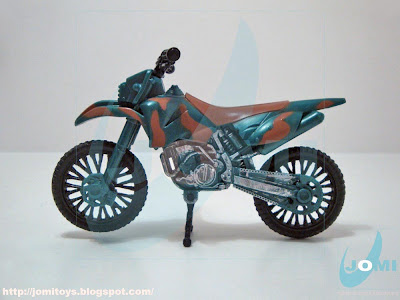 The new off-road bike for the 2009 series. For more details, refer to "Peace Force Steel Badger Playset" for more info on this bike. 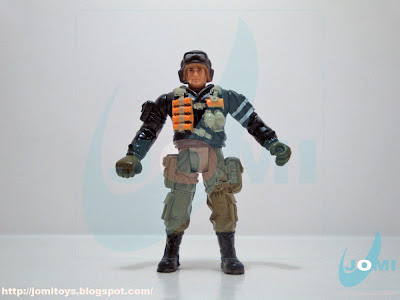 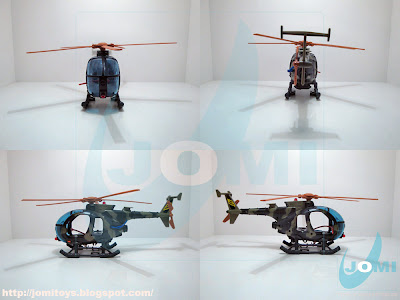 The MH-6/AH-6 Little Bird. This 2nd version of a Chap Mei´s star vehicle, comes with skids instead of the common "floaters" version. For a comparison, refer to "Freedom Force Airborne Mission". 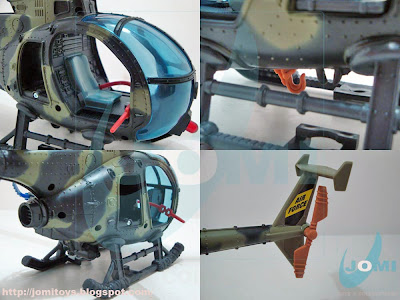 Detail shots. The landing skids are actually the main difference, and these seem to be inherited from the first Chap Mei attack helicopter which was around up until very recently. Having had lots of different colors such as "Dino Valley", "Wild Quest" and so on and so forth. 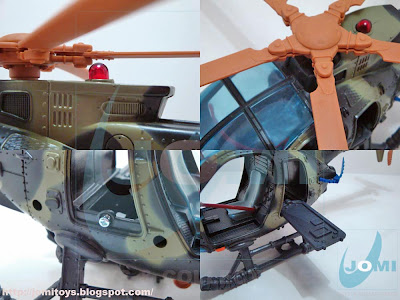 Another difference comes with the gatling gun nest from the previous version. Here retracted and bolted to the other side. When unscrewed, the platform slides and you can do whatever you want. Although I believe it´s not meant to come off. But that´s not important, what is important is what can be done. 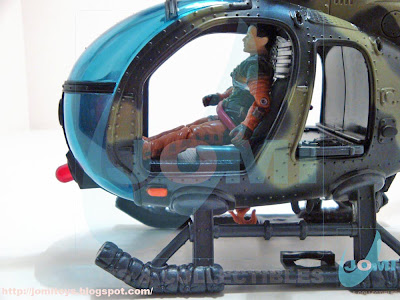 Scale shot with G.I.Joe figure. Maybe it´s a tiny bit overscaled when compared to the figure, but still, let´s all keep in mind that these are toys, not scale models.