In 1998, the much anticipated American remake of Godzilla hit the theaters. The modest Trendmasters line of toys brought the first F18 for G.I.Joe 1:18 scale. Or close.I´m hoping to get one soon and review it here. For the meantime, we leave you with the Godzilla Twin-firing Combat Cannon with Figure Playset 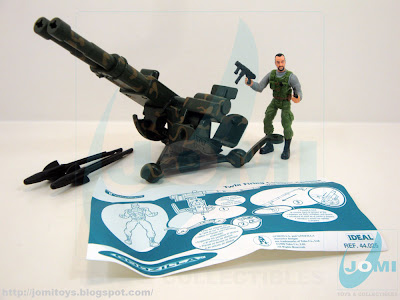 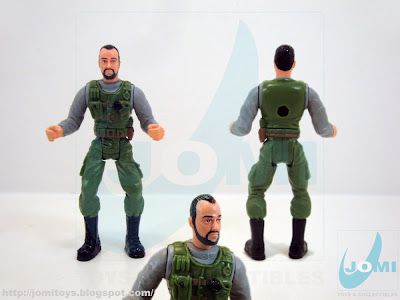 Figure: "Godzilla Force Phillipe" (Roache) played in the movie by Jean Reno. A nice head sculpt for you "Léon - The Professional" fans. These figures are slightly smaller than 3 3/4" figures, however falling under the same category. 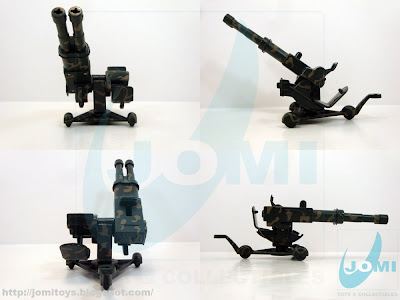 Twin-Fire Mortar & Spring Suspension, tilt-action cannon barrels, swiveling gunners seat. Both the Battle Blaster, (here pictured) and Twin Cannon are towed battle stations. The plastic is high quality and the detail is pretty much there. Over the years (before the rebirth of G.I.Joe) these Trendmasters vehicles were a common target of customizers. 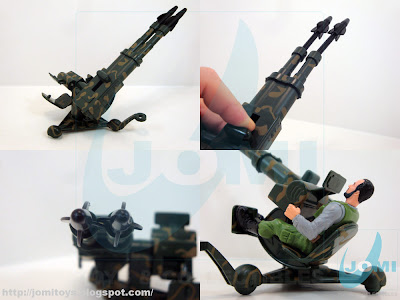 Detail shots: Pulling the trigger activates simultaneous missile launch while the cannons move in a "kick" motion. A curious detail: Overlapping missiles. The figure looks good in there and the 360º motion is smooth and very cool for a movie sequence. Some resemblance to the 1982 G.I.Joe HAL. 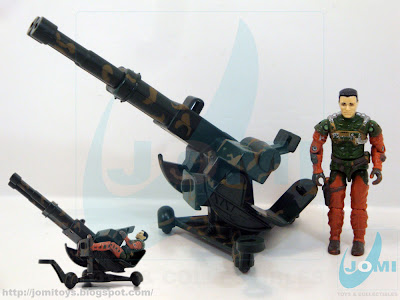 Scale shot with Hasbro´s RAH G.I.Joe figure. Not bad, but a bit small for the "cause". Will do, nevertheless. 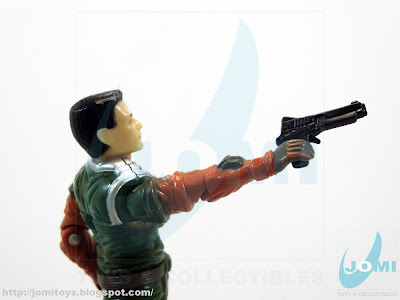 Including the same set of (2) accessories as the "Godzilla Twin Firing Battle Blaster" , the pistol included with this Twin Firing Combat Cannon set perfectly fits the 3 3/4" Joe hands. Since these are made of rubber, I figure it´s a question of luck (or lack there of).

Note: Again, the Apache, F18 and Tank are some of the great items for this line. Hopefully, one day you´ll see them here. We´ll keep you informed!

Status: Available through Amazon.com
Posted by JoMi at 18.6.10