Following the "modus operandi" of Series V, besides the big playsets, "collectors" had the option of purchasing smaller vehicles in smaller boxes such as this one. European price in dollars: US$15 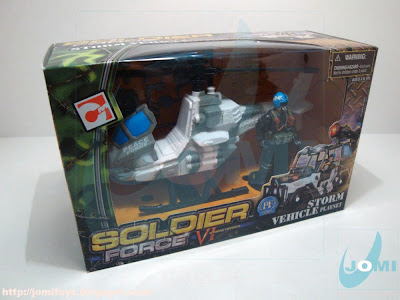 In this case, so far it seems to be this mini-Apache helicopter and the box-pictured land rover. 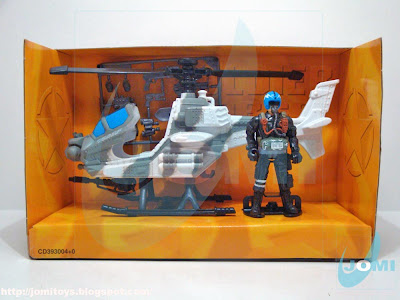 The set ready to be taken out of its "shackles". 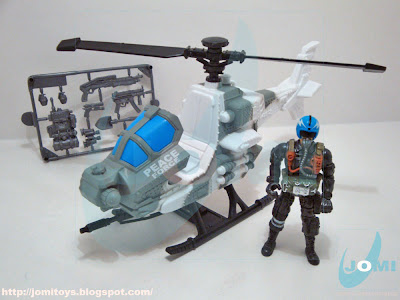 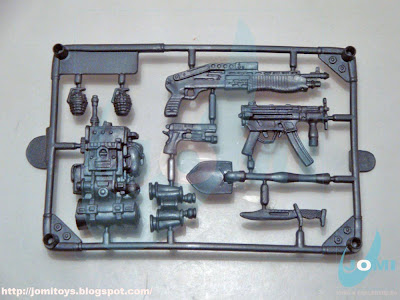 The weapons are now clipped out of a plastic tree, like the 1993 G.I.Joe RAH figures, for instance. 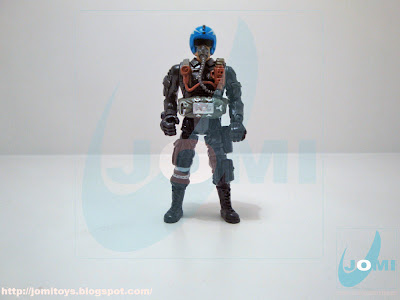 The figure, series III (and IV and V) Captain Red A-6 pilot repaint. 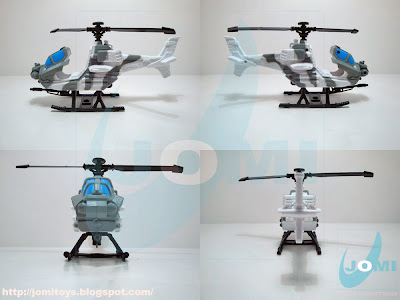 The "mini-apache" side views. A very decent one-man miniature, filled with a sense of taste detail and a dead-on paint scheme. 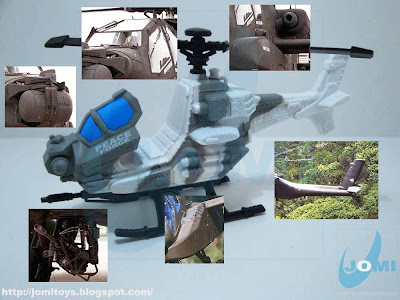 Since this vehicle came with "no name" tag, I´ve been calling it "mini-apache" and here´s why. 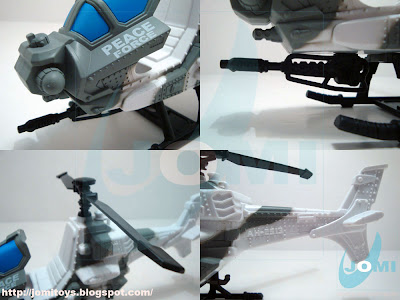 Some close-shot details where you can have a closer look at the Apache similarities. 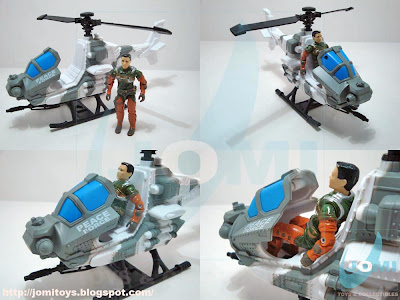