Back to a great, if not the greatest Soldier Force line, Series V. This set, along with the other Sentry Outpost Playset, was purchase in Holland back in 2006. It was considerably expensive, as all things (which are not food) are in the Netherlands. Cost in dollars: US$35 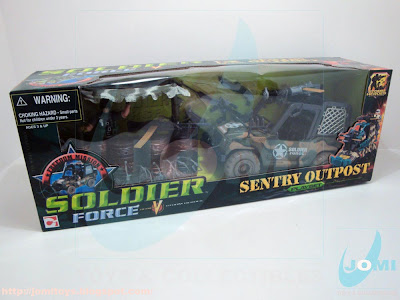 Some years later, the small vehicles composing these sets started to pop up throughout Europe, but not with the outposts. These are some of the rarest small items in my experience. 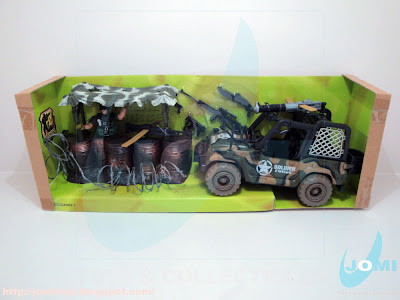 Fresh out of the box, outpost with a car using the same body as the one seen in the "SWAT police barrcode arrest" playset. 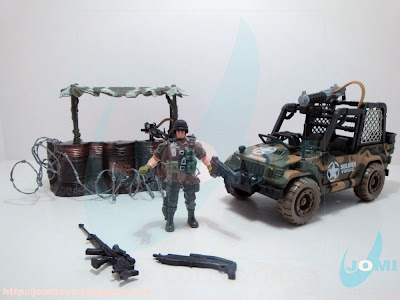 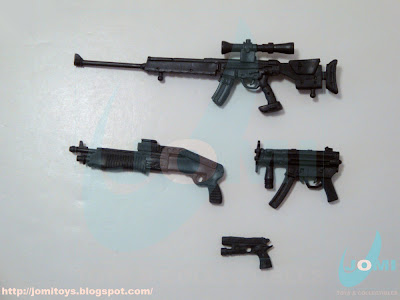 Weapons. Strangely, no crate! The sub-machine gun and pistol are still some of Chap Mei´s finest weapons for these lines. 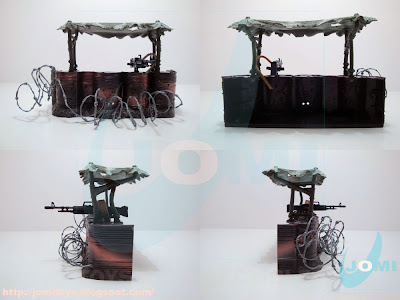 The sentry outpost. Composed of barrels/drums and barbed wire, with a nice wood support for the camouflaged top. And the machine gun, of course. 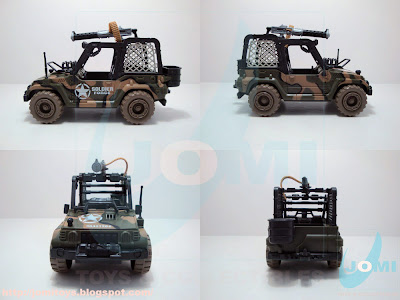 The jeep is a must for Joe fans. The scale is just right, it has the room in the back for a couple of guys, and one can even man the machine gun on top. 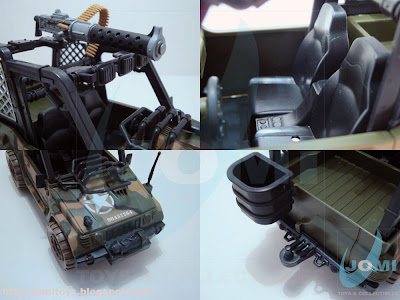 Some detailed proof of what was stated above, the only problem with the jeep´s gun is that it is, in fact, a little odd-looking. Looks like a trench gun from the Korean War. Doesn´t exactly fit the whole picture. 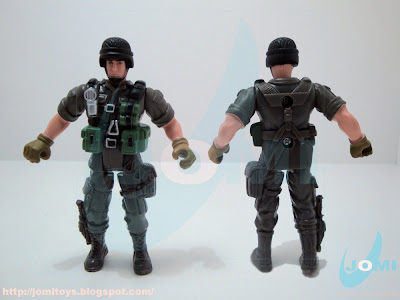 The figure: "Private Coldsteel". Another repaint (and a good one too) from series III. 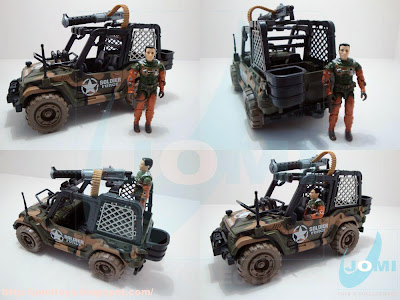 Scale shots with a G.I.Joe RAH figure. This jeep´s mold was also a victim of bootleg tracing, as you see in the "Rescue Team Special" post. 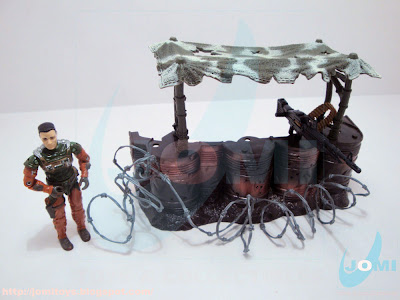 This outpost can be attached to the structures of Dino Valley´s Tower playsets. Making it a high observation/defense post. Highly recommended set, if you can find it.